Plight of the rural poor 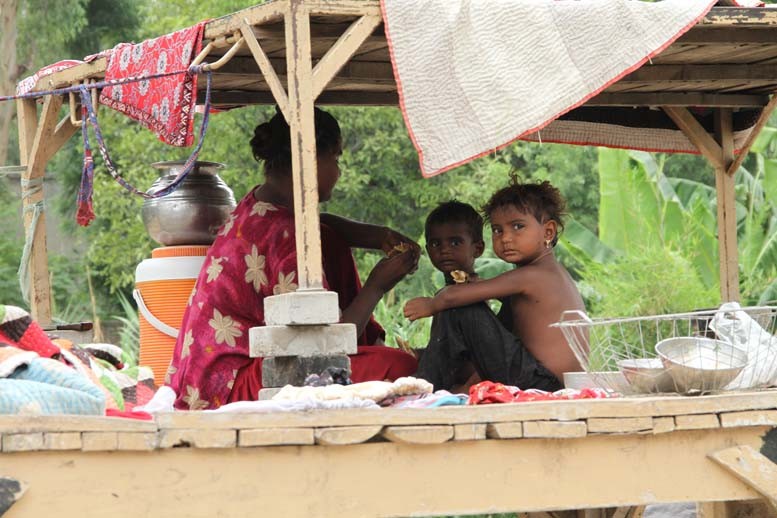 A report by the World Bank, State of Water Supply, Sanitation and Poverty in Pakistan, released on November 1, 2018, was generally ignored in Pakistan. It was not debated seriously in official quarters. The report claimed that the poverty rate in rural Pakistan was twice as much as in urban areas -- 36 percent versus 18 percent. The most painful and worrisome aspect highlighted was that this gap had remained "virtually unchanged since 2001-02".

Successive governments have claimed that over the last decades, Pakistan’s poverty headcount has witnessed persistent decline both at national and regional levels. The Economic Survey of 2017-18 claimed: "percentage of people living below poverty line has declined from 50.4 percent in 2005-06 to 24.3 percent in 2015-16. Poverty in both rural and urban areas is also showing a declining trend with poverty headcount of 12.5 percent in urban and 30.7 percent in rural areas in 2015-16".

The study by the World Bank showed that our rural areas remained "much poorer than urban areas and are far more disadvantaged in all respects of service delivery, and the present conditions show the decline in poverty has not reduced the urban-rural gap by much". It is also highlighted in the World Bank report that rural households face a substantial disadvantage in virtually all aspects of service delivery.

According to the report, Balochistan has by far the highest rural poverty rate, with more than 62 percent of its rural population living below the poverty line. However, the gap between rural and urban poverty is the widest in Sindh at almost 30 percentage points. In contrast, the urban-rural gap in the Punjab and Khyber-Pakhtunkhwa was 13 and 15 percentage points, respectively.

The report notes that districts varied widely in poverty, with the richest district Abbottabad at a headcount rate of 5.8 percent and the poorest district -- Washuk in Balochistan -- at 72.5 percent. Much of this variation reflected differences in poverty across provinces. The vast majority of the 40 poorest districts were in Balochistan, followed by Sindh. Only three districts each in the Punjab and Khyber-Pakhtunkhwa fell in this set, and they were not among the poorest in the group. Not a single district in Balochistan was among the richest 40, and only Karachi and Hyderabad in Sindh fell in this set.

The report says that divide between Khyber-Pakhtunkhwa and the Punjab in the north and Sindh and Balochistan in the south "was apparent and quite stark". It also found that districts that include large cities like Lahore, Rawalpindi, Faisalabad, Gujranwala, Sargodha, Sialkot, Multan, and Bahawalpur had much greater within-district inequality than other districts. Taking population into account, a large share of Pakistan’s poor lived in well-off districts in the Punjab and Sindh, particularly Karachi, Faisalabad, and Lahore, it said.

Karachi, for example, was the third-richest district in Pakistan in 2014-15, but despite its low poverty rate of 8.9 percent its large population share meant that 2.5 percent of the country’s poor lived there.

Similarly, Lahore -- the sixth-richest city -- was home to 2.2 percent of Pakistan’s poor. Together, these two cities accounted for almost as many poor people as the 10 poorest districts, where poverty rates are six or seven times higher.

Besides the report of World Bank, Pakistan Social & Living Standards Measurement Survey also highlights that "most of the households in Pakistan do not have access to adequate potable or shallow water. Many of them also lack toilets and adequate sanitation systems. The government aims to expand access to clean drinking water and improve sanitation particularly in rural areas".

Faheem Jehangir Khan and Yaser Javed in their study conducted in 2007 noted that "water and sanitation is the neglected sector in Pakistan. Most of the households in Pakistan do not have access to safe drinking water and lack toilets and adequate sanitation systems. These poor people, mostly living in rural areas or urban slums, are not only deprived of financial resources, but they also lack access to basic needs such as education, health, safe water supply and environmental sanitation facilities."

According to Pakistan Social and Living Standard Measurement Survey 2008-09, sanitation coverage has increased from 30 percent in 1990 to 63 percent in 2008-09. It is estimated that every year Pakistan loses 3.94 percent of GDP because of poor sanitation and water facilities, which costs Pakistan 343.7 billion rupees. With the current speed of progress on the sanitation system, Pakistan’s targets under Millennium Development Goals (MDGs) will be met by 2028.

In a country where 79 million people don’t have a decent toilet and nearly 30 million live below the poverty line, according to official claims, "poverty headcount has declined by 5.7 percentage points in urban areas and 4.9 percentage points in rural areas between 2014 and 2016, thereby leading to an overall decline of 5.2 percentage points in national poverty headcount". This is in sharp contrast to a number of informative -- though highly disturbing -- studies conducted by the World Bank and Centre for Research on Poverty and Income Distribution (CRPID) showing that Pakistan ranks most exposed to poverty risks among 43 countries.

The income inequalities in Pakistan have increased sharply since 1977 and the trend continues unabated despite tall claims of poverty reduction by the official quarters. The single most devastating factor for increased income and wealth inequalities remains the regressive tax system.

Regressive taxation has led to inequitable distribution of income and wealth, monopoly over assets by a few and wasteful expenditure by the government. Rulers in Pakistan, since its inception, have shown extreme apathy towards the poor. They were not at all interested in making Pakistan an egalitarian society -- providing economic justice to all. One hopes the present government will take some concrete steps to remedy the situation in line with its claims.

Plight of the rural poor