For optics and public consumption, the meeting between Trump and Khan was a monumental success. A realistic analysis would show, however, that Pakistan did not gain anything substantial 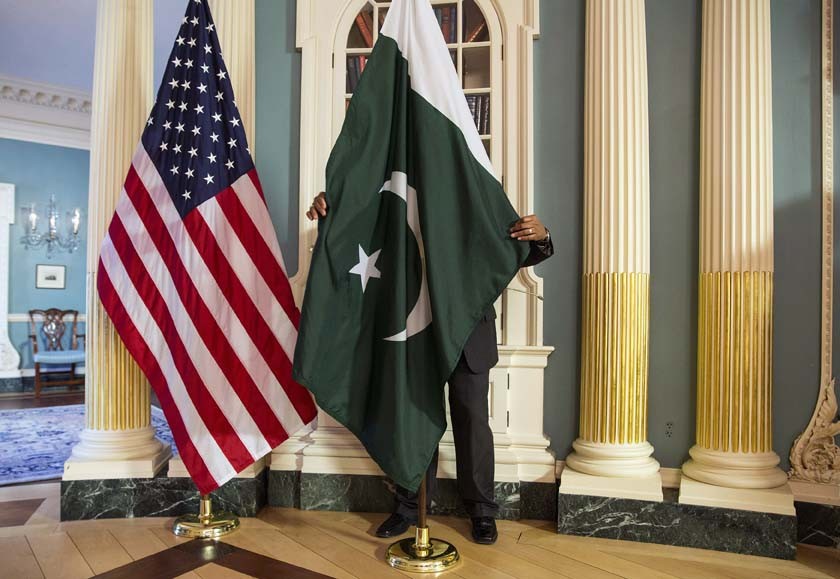 The Trump-Khan meeting was bound to be historic and unprecedented regardless of the outcome. The two leaders share views on politics, policies, their opposition and the media. They had all that on display as well. For some, the meeting was a case of hit-or-miss. The two did hit in more ways than anticipated by either side. At least the Pakistani delegation, in their private gatherings, acknowledged absolute surprise that the summit was unexpectedly cordial and exciting.

Exchange of compliments played a role. "It’s my great honour to have the very popular and, by the way, great athlete -- one of the greatest -- but very popular prime minister of Pakistan," President Trump said in his opening remarks. Khan, in return, called Trump the leader who could help bring about peace in South Asia.

Moments later Trump, sitting next to the prime minister, stated that "Pakistan never lies." The remark was a clear departure from his stance just over a year ago when he tweeted that Pakistan had given nothing in return to the US except "lies and deceit."

While the theatrics were full on, the one man -- from the American side -- who had worked to change the president’s mind about Pakistan and resultantly appeared instrumental in bringing Khan to meet Trump was standing in the back of the Oval Office, silently watching the two. It was Senator Lindsey Graham who had first announced earlier this year that Trump must meet with Imran Khan. Graham, had a meeting with the duo afterwards.

"I appreciate President Trump allowing me to be a part of the meeting with Pakistan Prime Minister Khan to discuss the way forward regarding Afghanistan and the future of the United States-Pakistan relationship," Graham said in a statement adding, "It is now time for the United States to have a strategic relationship with Pakistan, which is best achieved by a free trade agreement tied to security performance."

The performance-based-reward was also mentioned by the White House ahead of the prime minister’s visit. A senior US official had said that the "door is open" to repair relations if Islamabad "changes its policies" with regard to terrorists and militants. "We are not under any illusion," the official told TNS, saying that the summit was an incentive to Pakistan to pressure the Taliban to come to table and be part of the intra-Afghan peace process.

The Afghanistan-Taliban conundrum was one of the top issues that both sides discussed. The other was Financial Action Task Force listing. Pakistan wants to get off the grey list that threatens its economic and diplomatic posture. The Pakistani delegation’s agenda, made public before the meeting, was broad and vague. It said it wanted "peace, prosperity and regional development." President Trump’s offer to mediate on Kashmir only came as a response to a question asked by reporters present there.

The prime minister the president to convince India to hold talks with Pakistan. "From my point, I can tell you, we have tried our best. We have made all overtures to India to start a dialogue, resolve our differences through dialogue. But unfortunately we haven’t made headway as yet. But I’m hoping that President Trump would push this process," he said.

Trump, who likes to call himself a deal maker, took the bait. "I was with Prime Minister Modi two weeks ago, and we talked about this subject. And he actually said, "Would you like to be a mediator or arbitrator?" I said, "Where?" He said "Kashmir." Trump boasted, "If I can do anything to help that, let me know." The State Department and the Indian Foreign Office jumped to ‘clarify’ Trump’s version and his offer.

It has been Pakistan’s position to reach out for outside mediation on Kashmir, while India has maintained that it is a bilateral dispute. Imran Khan also had to signal reporters not to ask questions about possible prisoner swap.

The other issue that brought Trump and Khan together was freedom of the press. Khan was visibly irked and claimed that Pakistan has one of the most free presses in the world, adding, "so to say that there are curbs on Pakistan press is a joke." Trump immediately retorted: "wait a minute. Wait, wait, wait. There’s no way you’re treated worse than I am."

For optics and public consumption, the meeting between Trump and Khan was a monumental success. But a realistic analysis would show that Pakistan did not gain anything substantial. There wasn’t any joint statement issued either. Pakistan wants to resume ties with the US. As Daniel Markey, senior research professor at the Johns Hopkins School, puts it: "The facts line up with a different story. Pakistan, facing external military and economic pressures and with a fresh face at the helm of its ship of state, is once again finding a way to make itself minimally useful to Washington without permanently abandoning its dangerous Islamists, implementing deeper structural economic and political reforms, or building a healthy foundation for relations with India or Afghanistan."

Meanwhile, President Trump’s Indo-Pacific strategy, which provides economic and military support to almost every South Asian country, still excludes Pakistan. The strategy announced a couple of weeks before the meeting identified India, Sri Lanka, Bangladesh, Nepal, and the Maldives as new allies and partners with the aim to achieve strategic objectives and for a more dynamic and distributed presence and access locations across the region.

The meaningful exchange, however, took place when the Chief of Army Staff, General Qamar Javed Bajwa along with the ISI director general, joined the president and the prime minister in the Oval Office. The most powerful man in the world shook hands with the most powerful general in the world, as an official described it, shows that the administration intends to maintain strong military-to-military ties with Pakistan.

In the 1+5 meeting, the two sides exchanged plans to bring the Taliban to speak to the Afghan government and eventually reach some kind of agreement. The prospective settlement, according to the Secretary of State Michael Pompeo would help reelect Trump in 2020.

Senator Graham, chair of the Senate Judiciary Committee, also held separate meetings with General Bajwa. So did the IMF chief and the World Bank executives after the general’s meeting at the White House. Both meetings were unscheduled.

An achievement for the military was to have the ban on military sales and training to Pakistan reversed. The government of Pakistan had requested a continuation of technical support services; US Government and contractor technical and logistics support services; and other related elements of logistics support to assist in the oversight of operations in support of the Pakistan Peace Drive advanced F-16 programme. A couple of days later, the administration approved a $125 million support program for technical security in continued support of Pakistan’s F-16s.

This proposed sale will support the foreign policy and national security of the United States by protecting US technology through the continued presence of US personnel that provide 24/7 end-use monitoring, according to the statement issued by the Defense Security Cooperation Agency.

While the euphoria of the meeting will subside in due time, Pakistan has until September to deliver the Taliban and rescue itself from the FATF blacklist, which is also due in three months. The Trump administration lauded the fact that Pakistan’s civilian and military leadership showed unity in addressing all the concerns. It encouraged additional steps against terrorism that are consistent and irreversible.

Post summit, the administration still maintains that Pakistan has undertaken obligations to the international community under the FATF, and has agreed to a series of steps to implement counter-terrorism financing to ensure the arrest and prosecution of individuals implicated in terrorist or extremist activities. "It’s a fact-based check-list," a senior State Department official argued, "and we will certainly be looking at how Pakistan is able to implement those commitments."