A getaway with words

Khanabadosh Baithak, a tent-and-breakfast, is all about curating new experiences for visitors 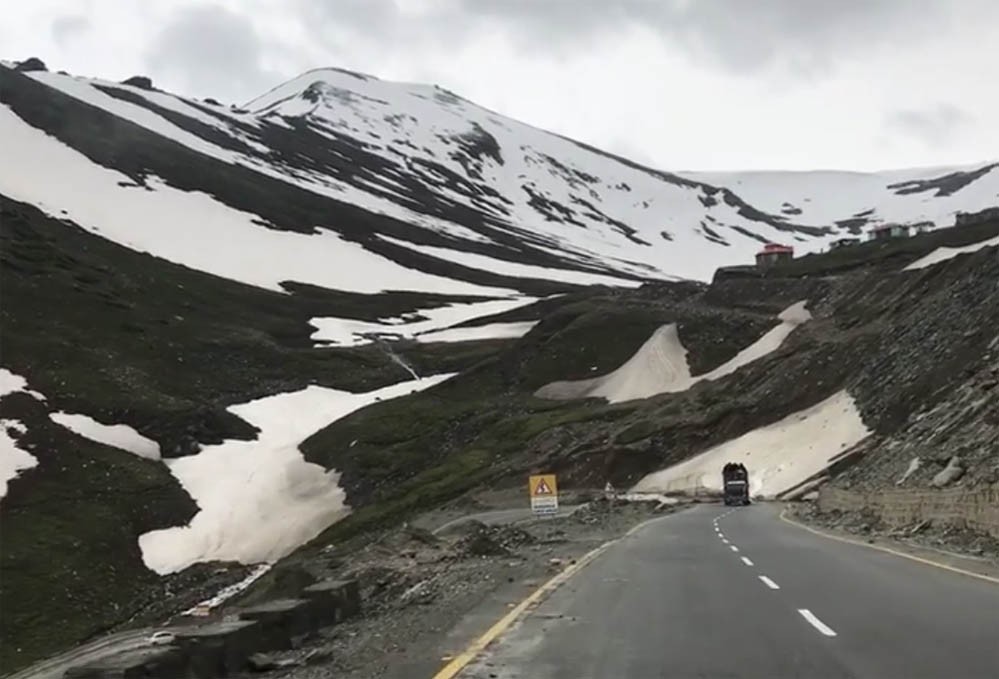 JK Rowling moved to Edinburgh, Scotland to write much of the Harry Potter series. Mark Twain wrote classic tales like The Adventures of Tom Sawyer and Adventures of Huckleberry Finn at his sister-in-law’s summer home in upstate New York. Ernest Hemingway penned seven of his books, including the Pulitzer Prize and Noble Prize winning novel The Old man and the Sea at his former home 10 miles outside of Havana. And before the French Riviera was all about yachts and Leo, F Scott Fitzgerald rented a seaside villa in Cap d’Antibes, where he wrote a little novel we now call The Great Gatsby.

These authors and many more have made the case for travelling to gain inspiration to write. When we grow weary of monotony, there’s no better way to gain some fresh perspective -- and maybe even spark that creative genius -- than to pack up and travel. A writing residency does just that.

What’s a writing residency, you may ask? It is a retreat experience designed to help writers pursue their creative growth. Residencies provide a place for writers to step out of their regular routine and focus on their work without the disruptions of daily life.

Unfortunately, this concept hasn’t been explored much in Pakistan. Natasha Japanwala, a Karachi-based writer and teacher, who finds pleasure in reading, writing and travelling, decided to change that and just hosted a writing residency up north. This decision was not an impulsive one - it came after years of hard work, teaching writing to children and adults, partnering with private and public schools in Karachi to design "bespoke curricula for writing programmes and then leading those programmes myself," she says.

Natasha has taught over a hundred different workshops in the past year, and she continues to partner with non-profits and community organisations to bring writing outside the fold of the formal classroom.

The Northern Areas make a great setting but its interesting to know that Natasha thought of Khanabadosh Baithak (KB) first, and of the writing retreat second. KB is a tent-and-breakfast that relocates every couple of years. "Last year, I stayed at KB in Shigar, when on an Edu-Tour with the brilliant architect, designer, and educator, Zain Mustafa (we spent a long weekend looking at the local khanqahs, understanding their history and what they can teach us about our contemporary selves, and learning to sketch their structures), I fell in love with the KB ‘way’ -- sleeping in tents; the endless hammocks strung across the campsite, eating homemade food, communally, under the stars… the attention that the co-founders (Baneen Mirza and Ahmed Hasan) lavished on every possible detail," she tells TNS.

As artists themselves, Baneen and Ahmed have created a space that attracts other artists. "KB really struck me as a place where dreamers collide," she says.

Natasha knew right away that she wanted to come back the following summer, to just unwind and write. It was the perfect place for a residency.

This change might take decades to come but one thing that needs to change sooner is that the culture of residencies needs to grow in Pakistan. Natasha agrees that our cities can be chaotic and stressful, and we have these gorgeous mountains, where we can break away, with like-minded people, and focus on creating art.

So when it came to putting the residency together, Natasha collaborated with Baneen. While Natasha designed the programme, Baneen took care of the travel and logistics. The residency was just under a week-long, five full days, including two extra days on either side for travelling to and from Gojal, where KB is now located.

Natasha admits that she thought less about the retreat before it and more about it afterwards. Initially, she was concerned with making sure the readings were stellar, designing the right exercises to go with them.

During the residency, she realised that the space they were in played an integral role in what they were striving to do. "There was no WiFi while we were there, and spotty phone signal: being cut off from the world of endless emails and needless notifications was, at least for me, revolutionary. I found I was really able to focus on thinking and writing, and on the people around me. Writing demands introspection and focus, and often, when surrounded by distractions, we lack the silence we need before we can express ourselves with clarity," she adds.

Natasha also added that the mountains were gentle to everyone. "Being there became less about picking up certain tricks, and more about cleansing and strengthening ourselves to the point where we could maintain a regular writing practice once back to our respective urban lives," she says.

The plan for the workshop was to divide our time equally between collective workshops and individual projects. Each morning, after breakfast, the participants gathered under an apple tree to read the allotted material for the day, discuss and unpack it together, and then break off to complete a brief assignment or exercise inspired by the readings.

Before they reached Gojal, Natasha asked everyone to think about an individual project that they wanted to complete during the course of their time at KB. During the afternoons, everyone would work on their own projects. The idea behind splitting the time up this way was to provide participants some writing instruction, while also allowing everyone the freedom to work on whatever they wanted. It proved to be a rather excellent balance.

"We also took time out to travel during the afternoons and see the surrounding areas. We had an ‘off-site’ class at Altit Fort one morning, and spent the rest of the day exploring Karimabad. And another afternoon, we organised a hike from Ghulkin to Gulmit to see the Bulbulik Music School and eat at a women-run café called Bozlanje," mentions Natasha.

Sagar Shabbir, a 16-year-old O levels student and a participant of the residency, tells TNS that waking up to snow-capped peaks and being surrounded by magnificent trees was inspiring for the writer in him. "Sitting under stupendous mountains and making stories of different kinds was a dream come true for me. Not only did it bring the storyteller in me out but it also helped me learn how to interact with people from varied backgrounds and gain inspiration from the nature around us," he adds.

Sagar, along with another participant was able to attend the retreat due to the generous support of Pakistan Talent Fund (PTF), run by Sophia Ahmed.

Sophia says that Natasha’s writing retreat was allied to Pakistan Talent Fund’s general interest in honing the writing skills of young adults. "At Pakistan Talent Fund, we believe such immersive experiences and extraordinary settings enrich learning for young scholars. The PTF has a rough mandate of supporting talent and talent driven initiatives in creative writing, art, artistic expression, music, mathematics and science and dance. We hope to eventually create programmes within the talent Fund, which hand picks talented children from Pakistan and puts them through a series of high value mentor-driven programmes giving them the tools to nourish their genius and supporting this retreat was a great way to do that," she elaborated.

Coming back to the residency, Natasha mentioned that what typically happens in a writing workshop is that after completing an exercise, or giving everyone time to complete a story, the participants share their work with the entire group in order to receive feedback. "We couldn’t do this at KB because we didn’t have a regular and reliable internet connection -- and this turned out to be a blessing in disguise and a huge learning point for me. Sometimes, forcing people to share work before they are ready can be quite detrimental. It’s better to let ideas gestate and for everyone to go through their own iterations and revisions. I was always around to provide feedback, of course, but it’s often more productive when it comes from one person rather than an entire group. And what ended up happening was that people did pair up and show each other their work anyway. Just at their own pace and in a manner that felt organic to them".

According to Natasha, the biggest challenge was the travel. Even though there was a lot of interest from people, the cost of travelling to Hunza held many back. "Flights are expensive, more so if you’re travelling from Karachi and the only alternative is driving 18-plus hours from Islamabad, which is exhausting, and not particularly cheap either. The drive is one of the most beautiful you could imagine, but it adds two days, easily, onto your itinerary".

At the same time, she admits that if she does it again, she would want to bring the cost down for students and emerging writers. As a writer, Natasha sympathises with fellow writers knowing that it’s the least lucrative field right now. "The bottom line is that we can’t change the costs of domestic travel -- that will require an infrastructure change that has to come from the government", she added.

This change might take decades to come but one thing that needs to change sooner is that the culture of residencies needs to grow in Pakistan. Natasha agrees that our cities can be chaotic and stressful, and we have these gorgeous mountains, where we can break away, with like-minded people, and focus on creating art. "To not grow this landscape would be criminal. Residencies allow for perspective -- and when we’re ensconced in our lives (especially when we’re young, confined by so many structures we don’t have control over), we don’t have the freedom of this perspective," she highlights.

Natasha believes that without this integral perspective, one could argue, great art remains somewhat stifled and perhaps even forever unrecognized -- "And the question isn’t just: how can we promote this? It’s how can we make these more affordable, or how can we get these funded, so that opportunities are given to those who really need and deserve them".

A getaway with words