Above the blue sky, into the blackness of space

Even though relatively late in the race to space, Islamabad will still do well to send the first Pakistani into space by 2022 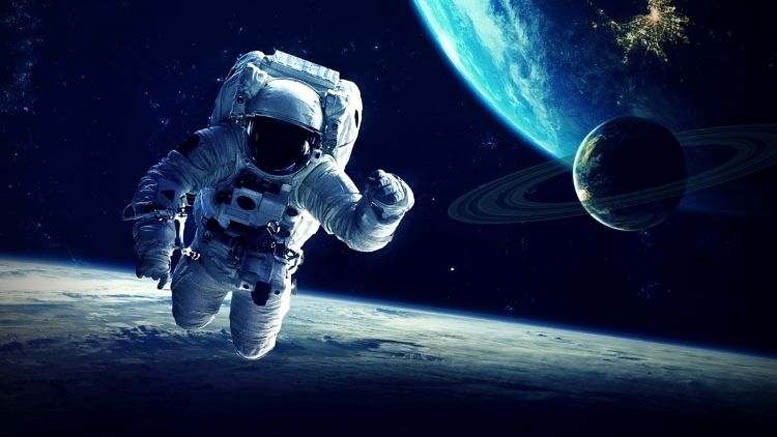 The government has just announced plans to send the first Pakistani to space by 2022. This will entail a process of selection and shortlisting of potential candidates who will then undergo a rigorous training regime before the first Pakistani will stream through and above the blue sky into the blackness of space - the final frontier that humans must conquer to engineer an interstellar future for survival of the specie.

The announcement, made by Federal Minister for Science and Technology Fawad Chaudhry, is heartily welcome for several reasons. The most important is that it signals an excellent step forward in according state-level priority to ambitious scientific progress not seen since the country’s nuclear ambitions in the last century that eventually got Pakistan the membership of a small group of nations.

That Pakistan has not been able to go beyond military purposes and employ this impressive technological capability for scientific development and commercial purposes, like India in our neighbourhood for instance, is an expensive mistake. The humanisation - putting people at the heart of technology - of our space programme should help make some amends and shift Pakistan in that direction although it is going to be a long and hard road.

Another good reason for Pakistan for pursuing a future in space is that space is the future. It’s where anyone interested in the next generation of technological development is focused and while interest is growing, it is still a small band of countries that are in the lead for expansion into space exploration for the next major phase in business and technological evolution of the world. Efforts are in a crescendo for a race back to the Moon and simultaneously onwards to Mars. These will graduate over the next few decades into an expansion into the remaining solar system.

Even though already relatively late in the race to space, Islamabad will still do well to send the first Pakistani into space. What are the technicalities the first Pakistani in space will have to qualify for and transcend? What will be the logistics of the feat? Globally, it is the Switzerland-based Federation Aeronautique Internationale (FAI) that stewards the definitions regarding spaceflight and maintains the definitive global records for flights into space, besides a host of other high-altitude aviation activities. The FAI instituted the ‘Yuri Gagarin Gold Medal’ in 1968, in recognition of the Soviet cosmonaut recognised as the first human into space the same year. It is awarded for important astronautic firsts and feats.

For Pakistan to be recognised as a country whose citizens may become an astronaut, the future first Pakistani into space will have to cross the ‘Karman Line’ that defines the boundary between Earth’s atmosphere and outer space.

For Pakistan to be recognised as a country whose citizens may become an astronaut, the future first Pakistani into space will have to cross the ‘Karman Line’ that defines the boundary between Earth’s atmosphere and outer space. Named after a Hungarian aeronautics engineer and physicist, the Karman Line is the altitude of exactly 100km (62 miles or 330,000 feet) above Earth’s mean sea level.

As of start of 2019, a total of 553 humans from a total of 37 countries have crossed the Karman Line and are classified as astronauts. Of these 337 have been Americans (61 percent) and 121 Russians (22 percent). A total of 14 countries have basic space launch capabilities while nine have advanced capabilities of sending unmanned rockets, probes or missiles into space - including Russia, US, France, Japan, China, India, Israel, Iran and North Korea. Only three countries - Russia, the US and China - have full technical capabilities to launch manned space vehicles. It is these three countries that have carried astronauts of 36 other countries on their vehicles. Of these, only the US has landed humans (12 of them) on the Moon. China and Russia have now acquired the capability to do so. US, Russia, China and India plan separate manned missions to Moon or Mars by 2035. Other than the US and Russia, only China, India and Israel have landed probes on the Moon. China and India have also successfully sent vehicles in Martian orbit.

The first astronaut from South Asia was an Indian, Rakesh Sharma. He went to space onboard a Soyuz spacecraft of Intercosmos, the Russian space agency, in 1984.

He was followed by Abdul Ahad Mohmand of Afghanistan, also onboard a Soyuz in 1988, nominated by the government of President Najeebullah Ahmadzai, before the Islamist Mujahideen seized Kabul five years later. The third South Asian into space was the second Indian and the first Indian woman, Kalpana Chawla. She was an American citizen, aboard the Challenger space shuttle in 2003. She died in the same shuttle when it blew up. If all goes well a Pakistani will become the sixth South Asian in space in 2022 because the Indian Space Research organization (ISRO) plans to send a two-person crew into space in 2021. A total of 10 Muslims from as many countries have become astronauts.

The first Pakistani in space will be the result of a close collaboration between the Space and Upper Atmosphere Research Commission (Suparco), the Pakistan Air Force (PAF) whose pilots will form the astronaut candidates, and the China National Space Administration (CNSC). This is a stroke of luck that Pakistan needs to utilize fully to create and expand its orbital footprint to include planetary exploration -- as China is in a close race to rival, if not surpass, American superiority in space exploration. Russia, a space giant in its own right, is cash-strapped, and will not be able to compete with China in the long haul.

China is Pakistan’s natural entryway into space because it has a long-term ambitious space plan that not only focuses on expansion into the broader solar system for commercial purposes but also reportedly interstellar and galactic ambitions for scientific purposes, with a massive allied infrastructure to support it. The infrastructure comprises seven dedicated cities and nearly a million scientists for space and allied sciences. China has so far sent a total of 11 ‘tikonauts’ (as the astronauts are called in Chinese) in space and maintains a small space station in orbit, Tiangong, which it is expanding to allow it to, starting in late 2020, maintain a permanent manned mission presence. It also has in the pipeline plans for a Moon base and a manned mission to land on Mars.

This is Pakistan’s chance to make up for lost opportunities and time. Pakistan was one of the first few countries in the world to launch a space programme and Suparco in 1961. In 1962, it developed and deployed its first indigenous rocket Rehbar-1 becoming just the third country in Asia and only the tenth in the world with this capability, following it up with an advanced version, Rehbar-2 the same year.

However, it lost interest in pursuing the space programme with full vigour until neighbouring India tested a nuclear device in 1974 necessitating a nuclear weapons programme of its own. In 1990, Pakistan developed its first indigenous communications satellite Badar-1 and, in 2001, an advanced version of it, Badar-2.

While not lacking in commitment, unlike neighbouring India, Pakistan has not consistently employed the necessarily considerable resources to find a place in the list of the very few countries with space launch vehicle (SLV) capabilities that can, among other things, launch satellites and other manned vehicles. It certainly has the requisite basic technical infrastructure, manpower and capabilities. And it is already in the select club of seven countries with a military nuclear programme with demonstrated capacity to manufacture and deliver multiple-stage inter-continental ballistic missiles, which also require basic space launch mechanisms.

Currently Suparco operates space satellites of its own and has recoverable rocket operations capability. What it doesn’t have currently is a manned space programme although finally this seems to be a priority. In 2018, Pakistan set in motion a flurry of initiatives that aim at nudging the country into an expansive overall scientific endeavour and catalysing its space programme into the global big league. In its 2018 budget, the government enhanced the Suparco budget by a third to $41 million. This includes three new initiatives - a $11.7 million multi-mission satellite (PakSat-MM1); a $8.7 million programme to establish space centres in Karachi, Lahore and Islamabad; a $1.7 million Space Application Research Centre in Karachi; a $7.2 million space satellite PAKTES-1A, which was launched in August 2018; and the testing and operationalisation of a four-stage indigenous SLV. Pakistan has already capacitated three of the four stages of its SLV.

To augment its space and allied sciences programmes, Pakistan in April 2018 launched four major centres of excellence in cutting-edge technologies - the first was National Centre for Artificial Intelligence (NCAI) as part of a three-year national Artificial Intelligence (AI) programme with $11 million for an entry into the Industry 4.0 era with advanced robotics and Deep Learning platforms. The second was the National Centre of Robotics and Automation (NCRA) built as a consortium of 12 technology universities and 45 advanced learning labs, grouping over 200 PhD scientists and technologists in the centre. The third was the National Centre for Cyber Security (NCCS) and the fourth, the National Centre for Cloud Computing and Big Data (NCBD). These centres have been designed with the mission to accelerate technological development through scaling up availability of the critical mass of allied scientific community to advance the national space and allied sciences programmes.

These dramatically expanding initiatives and budgets indicate that Pakistan is cognizant of the formidable advantages over it that India has for both commercial and military applications of its space programme. For Pakistan to align its military and economic ambitions with its space technological capacities, it will have to invest in expanding the base of its space programme and match it with requisite resources and manpower. Whether or not Pakistan wants to establish a permanent cadre of astronauts and send them first to space and then to the Moon, Mars and beyond, by signalling its intent to send the first Pakistani into space in 2022 it has started a journey to build capacity to climb into the orbit of the Pale Blue Dot that is our home planet.

Above the blue sky, into the blackness of space