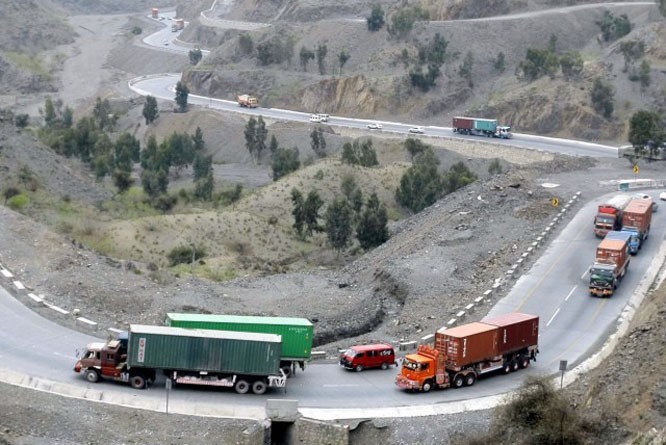 Economic integration between South Asia and Central Asia has been a cherished dream of countries located in the two regions. The process has, however remained a dream due to a host of reasons.

The $900 billion plus Chinese Belt and Road Initiative (BRI), whose one component is China-Pakistan Economic Corridor (CPEC), has created a situation, which if adeptly managed, could be instrumental in the economic integration of South Asia and Central Asia.

Central Asia has proven oil reserves between 15.30 billion barrels and 7.0 percent of world’s gas reserves. Central Asia, once the hub of ancient Silk Route, used to link China and South Asia with Europe and West Asia. While South Asia is no match to the huge oil and natural gas deposits of Central Asian Republics (CARs), it is nearly 28.23 percent larger than Central Asia in terms of area and is home to the world’s largest concentration of human population and has huge economic potential.

Economic integration of Central Asia and South Asia can benefit all the countries in these regions. ‘National interests’ overlooking strategic advantages and the potential for human development, undemocratic regimes in CARs, policies of great powers, and the conflict in Afghanistan have been the main stumbling blocks to integration between Central Asia and South Asia.

China’s BRI aims at integrating the Afro-Eurasian landmass. This economic integration would help at least 60 countries benefit from the BRI primarily due to unprecedented increase in economic activity.

Countries of the two regions, which have been taking keen interest in the crises created by a power vacuum in Afghanistan, refugees and terrorism, would like to see a stable and peaceful Afghanistan. Afghanistan can serve as a bridge for inter-regional connectivity.

China’s growing presence in the region and investment in Afghanistan since 2014 corroborate a change in the approach of Afghanistan’s neighbours. China has taken measures to include Afghanistan in the BRI. In September 2016, the first direct freight train from China reached the Afghan border town of Hairatan. An air corridor linking Kabul and the Chinese city of Urumqi has also been launched under the BRI.

In May 2017, the Afghan officials attended the massive Belt and Road Forum in China. In October that year, Afghanistan joined the Asian Infrastructure Investment Bank (AIIB), which funds the BRI projects. As BRI is the cornerstone of President Xi Jinping’s foreign policy and CPEC is a key component of the BRI, China would do its utmost to pave the way for improved relations between Kabul and Islamabad.

In the past, Afghanistan was seen by many as a destabilising factor for its Central Asian and South Asian neighbours. Afghanistan is still facing grave security issues. Some of the Afghan leaders still share anti-Pakistan sentiments. India’s role in Afghanistan is factor in this. Therefore, there is still a question mark on Afghanistan take full advantage of the BRI and the CPEC.

In 2013, China offered Afghanistan to become a part of the CPEC. In fact, the press release which the Chinese Foreign Ministry issued on the eve of the signing of CPEC agreement between Pakistan and China in 2013 mentioned that Beijing would like to ultimately see westward extension (towards Afghanistan and beyond) of the CPEC. However, Afghanistan remained uninterested apparently because of strong anti-Pakistani feelings.

The US and China have cooperated on Afghanistan in the past. It is hoped that if Beijing increases its efforts to develop infrastructure in Afghanistan, Washington would not object to it and would rather facilitate the endeavours.

The talks between Washington and Taliban have entered a decisive phase. A declaration promising the withdrawal of US-NATO forces from Afghanistan could come any time. Peace in Afghanistan would give a great boost to the north-south connectivity and economic integration.

India may still be against the BRI and CPEC because it would catapult its regional rival Beijing to an unassailable economic advantage. However, China is India’s largest trading partner. The two countries have a bilateral trade worth around $80 billion. More importantly, India could benefit the most from economic integration of Central Asia and South Asia as it has the biggest economy and could increase its exports to all the countries.

The BRI has changed the situation substantially and if India does not make herself part of the regional economic integration it would stand to lose excessively and have difficulty sustaining its high GDP growth because regional countries will join the BRI and trade more with countries of other regions than India. The scenario would force Delhi to have second thoughts about the success of the BRI, the CPEC and peace and stability in Afghanistan. Peace can help Delhi realise its dream of reaching the Central Asian markets.

The objective conditions globally and regionally are quite conducive for economic integration between Central Asia and South Asia. It is up to the leadership of these countries to move forward and benefit the people of these regions.