From street to school 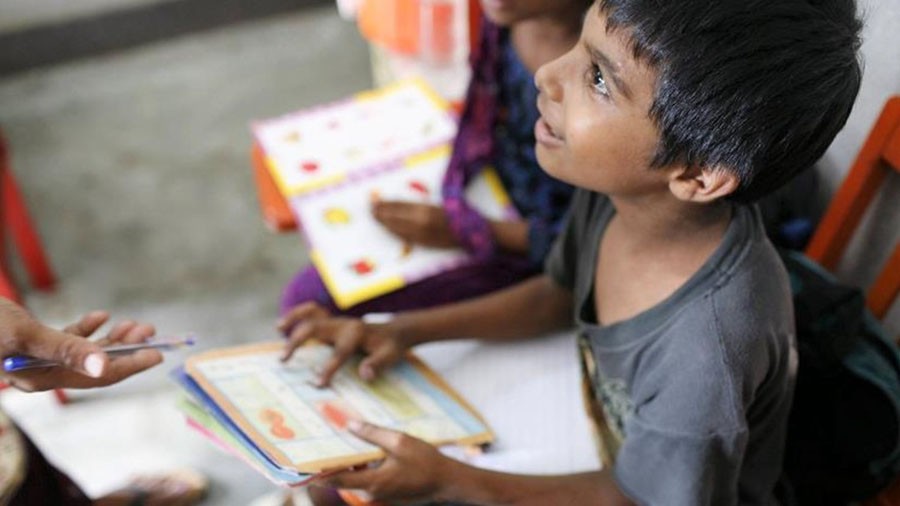 There are numerous reasons also for children to resort to street life in Pakistan. According to a 2014 study done in Lahore these reasons include abandonment and escape from the miserable conditions in orphanages. Among children with families, the reasons at home that make children live on the street were poverty forcing some families to take children out of school and putting them to work, which can sometimes be more than they can take, forcing them to flee.

For such families, sending a child to school costs food, shelter space, school fees, school supplies, and, when children are otherwise expected to work and earn for the family, a loss of income. Other reasons include physical or sexual abuse at home, lack of space due to overcrowding, rejection by the family due to homosexuality, pregnancy or substance abuse.

One alternative to letting their children become street children or remain out of school, available to parents is to enroll them at seminaries, and it is worth looking into how they manage to hold on to them.

The value proposition that madrassahs make to poor families is to take children off their hands (and out of their house), and provide them with food, shelter, and a modicum of worldly education, while keeping them off the streets, away from crime, drugs and other negative influences, in return for nothing. Put simply, they relieve poor families of all the burdens and expenses of bringing up a child. In addition, parents may tell themselves that they gave away their child in service of the faith. He/she thus becomes a reason to hope for God’s forgiveness in the afterlife. Such a deal is hard to beat.

Of course, madrassahs have their own problems. There are very few roles as productive members of society for which a madrassah prepares its students. Despite that, they manage to keep 2.26 million (Pakistan Education Statistics 2016-17) children off the streets and out of trouble. Most children enrolled in them do so with their parents’ full knowledge and support.

Enters the government: The case of Islamabad

A recent survey, by the Academy of Educational Planning and Management (AEPAM), revealed that nearly 27,300 children in Islamabad were not enrolled in any educational institutions. These are only a small fraction of the more than 22 million out-of-school children nationwide today.

The issue of out-of-school children is best addressed by first educating oneself of the barriers keeping individual kids out, devising a plan that best addresses those barriers, and then, of course, a strong enough education (formal and informal) system and compassionate teaching staff.

Another survey by the Federal Directorate of Education (FDE) found that 11,000 out-of-school children are concentrated in only six localities of Islamabad, including Urban-1, Urban-2, Sihala, Nilore, Bhara Kahu, and Tarnol. The data was shared with related federal schools. The Directorate continues to track down the remaining children. Nevertheless, some 7,000 children are said to be enrolled in the first phase of an enrolment drive by the government, including three whose forms were signed off by the education minister personally, and who have since been appointed ambassadors of the campaign.

The children will be enrolled in phases, with the youngest lot mainstreamed first through placement in existing schools. Older children will be provided non-formal education before being mainstreamed. Children 16 and above will be schooled by NGOs and will also be imparted vocational skills.

Details on the programme are still sparse and questions abound. It seems to be supported by the JICA and the American Refugee Council, and implemented by local NGOs, which makes one question its sustainability and effectiveness and, more importantly, the political will to address this issue. It is feared like other donor-driven projects that try inducing inorganic change, this too will have a limited lifetime, and after a few years funding will eventually dry up. Will the programme participants be left in the lurch?

Some immediate concerns over quantity and quality of proposed solution include; do we have enough schools to accommodate children? There are a total of 423 educational institutions, and against a sanctioned teaching strength of 7,603, 1044 teaching positions are vacant. Public school teachers are barely able to teach and support their regular pupils with uncomplicated domestic situations. Can we really expect them to handle children from the street who we can surely expect to have a much greater need for support?

Has the programme management considered the frustration a participant, who is not able to cope in school, will experience? It looks like children will be brought up at par, academically, through accelerated programs, but there are other social and emotional skills these children will lack to settle into regular schools. Has the programme management given any thought to what will happen when participants are placed in schools and experience frustration because they are not prepared to keep up?

Because this is a donor-funded project, this programme is being launched at a very modest scale, relative to the size of the problem, and will be of limited duration, probably lasting just long enough to get a batch of students off the street and impart some vocational training. What will be the fate of this programme after that? It seems doubtful that the government will be willing and able to continue funding it and scale it up where it can actually make a dent in the number of out-of-school children.

I hope this initiative does not end up being a mere showpiece project like the Danish School of the previous Punjab government; shiny, expensive, and too expensive to be scaled up where it can make a difference.

The biggest challenge with any intervention putting children into schools is retention. The idea that all it takes to convince the parents of children targeted by the programme is to have them attend a seminar at a university seems poorly thought through.

Similar programmes on a much smaller scale and with lower ambitions have been undertaken as donor-driven projects, implemented through local NGOs in different provinces. Quality remains questionable and dropout after mainstreaming is the biggest issue that no one has looked at so far. Quality of implementation will determine success and, generally speaking, NGOs lack the capacity to undertake such work.

Moreover, the description of this programme for street children assumes that there are parents in the picture. As we know, that may not necessarily be the case. Some of these families will be forgoing an additional income stream in return for enrolling their child(ren) in this programme, which represents a substantial buy-in on their behalf. I expect that the government’s programme will be welcomed by some families who do not want to send their children to madrassahs but want to send them to schools and support them in this endeavour, but cannot afford to. However, I do not see it addressing the needs of homeless street children without families or those that have fallen prey to organised panhandling gangs.

This appears to be another project that the donor will drive for a few years, and the government will take credit for any positive outcomes. After that no one will look back at what happens to these children. A political government will project incorrect numbers, and that will be it.

The problem of putting out-of-school street children into schools with no support system at home is a complex one. Putting aside the issue of small scale and (likely) limited duration of this programme, putting more children into schools is a noble goal and providing free-of-cost education, covering the cost of school supplies and lunch is a good idea. It gives children a shot at a life with a career that is more productive than available alternatives, while significantly reducing the financial burden on parents. Nevertheless, after school ends, these children will be going back home to the same environment of poverty, overcrowding, and lack of academic support.

The issue of out-of-school children is best addressed by first educating oneself on the barriers keeping individual kids out, devising a plan that best addresses those barriers, and then, of course, providing a strong enough education (formal and informal) system and compassionate teaching staff that will absorb these children, like all children, and retain and nurture them. Considering the current situation, that is a tough task.

The writer is an independent education researcher and consultant. She has a PhD in Education from Michigan State University. She can be reached at [email protected]

From street to school