"As a society we weren’t ready for social media." - Osman Khalid Butt 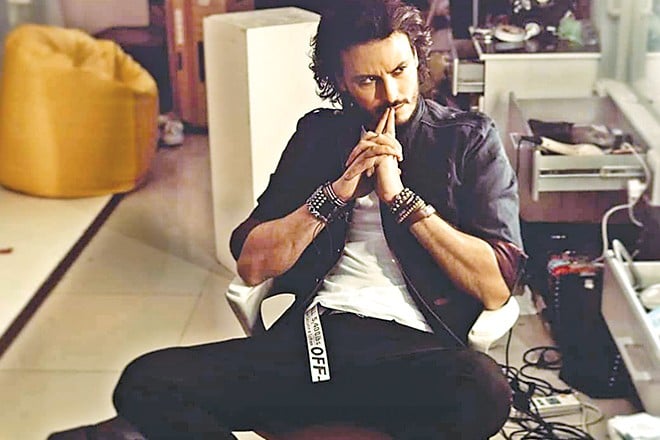 Osman Khalid Butt is everywhere these days and for good reason; he’s almost always in the picture choreographing a song (Parchi), penning a script or speaking his mind on social media. Never one to mince his words and thoughts on Twitter (much to the delight of women), Osman comes across as a true feminist and he takes complete pride in it.

The actor has taken up projects (Baaghi, Surkh Chandni, Baaji) that explore feminist themes and portray him as the unconventional, open minded man. Osman can be seen in Saqib Malik’s Baaji alongside Meera while he plays the considerate and committed fiance to an acid attack survivor (essayed by Sohai Ali Abro) in ongoing drama serial Surkh Chandni.

"In an industry that kind of almost celebrates toxic masculinity, these characters have been completely different like a polar opposite," Osman reflected on his TV roles in an extensive interview with Instep, prior to the release of Baaji. "Amaan in Surkh Chandni stands by his fiance; he actively participates in seeking justice and fights the system. The play does not only talk about the physical ramification but also the emotional and psychological ramification of such a horrible act. Particularly, in a patriarchal society like ours where the doubt is always cast on the woman, even though she is the victim."

"Rohail in Baaji on the other hand is focused; he is a very driven director who has come back from Hollywood," he continued. "Cinema for him is everything and he treats it like art. Rohail wants to make his debut feature film in Pakistan; he wants to make a very non-commercial, non-traditional film with a script on his hands that he really believes in. He wants to cast Shameera (Meera); he has seen her work and is a fan. His dynamic with Shameera as a director working with his muse kind of forms one of the cruxes of the story." There is, of course, much more to it.

After Balu Mahi (2017), in which Osman essayed the role of a very insecure, unsure Balu, the actor didn’t want to repeat the same character troupe in cinema. Therefore, when he was offered Baaji, he literally jumped at the opportunity as there was no parallel between the two roles.

"We are witnessing a resurgence of Pakistani cinema with the influx of educated people that have kind of entered the industry now. There is more diversity that we are seeing in our film industry now; for every JPNA 2 there is a Laal Kabootar now to kind of balance the scales. Obviously I was bit wiser, a bit more upfront about what I wanted particularly from my character and how I wanted to portray him," he noted, adding, "Saqib Malik was phenomenal in that regard because he truly believes that a film is not a one-man show. He invested his energy in his actors so they bring in their own personality and opinions as to how to make the characters stronger."

In almost all of his interviews pre and post the release of Baaji, Osman has expressed what a delight it is to work with Meera. When asked about her during this interview, he replied, "It was fascinating because Meera doesn’t shy away from talking about her personal life and her struggles. There is a lot to be learnt from her; she has been a part of the industry where misogyny was almost kind of celebrated and she has seen some really difficult times. Unfortunately, today’s generation doesn’t know Meera, the consummate actress, who I was a fan of since the 90s."

Moving on, we spoke about controversies surrounding the lives of artists, mostly generating through social media when they put themselves out there. The recent past has seen quite a few instances where a lot of them have been caught in the midst of unnecessary social media trolling and moral policing.

"As celebrities we have been given this fantastic opportunity that we have a platform and a voice that people hear," Osman began to share his thoughts on how the world of social media operates. "Our choices matter, especially in a world where it is so easy to have success and acclaim because now social media is creating stars.

However, it is very important to keep your individuality intact, to stand up for what you believe in and to be out there if that’s what you are comfortable with. One shouldn’t alter their personality to fit whatever a mainstream narrative is. That’s something that I have never done though some of my opinions are so unpopular."

"I do feel that there is a certain responsibility that comes with that as well," he added. "Sometimes we disconnect with what is happening in real life; classicism exists in this society. It hits home that privilege is invisible to those who have it. As a society in general, we weren’t ready for social media; it has empowered so many people that it technically shouldn’t have empowered. So many voices had been given a spotlight that has unfortunately exposed us because we used to think earlier that it’s lack of education and exposure but it’s not that. Educated people with tremendous exposure still have that myopic point of view but all I would say is, move on and focus on what you believe in. This wouldn’t matter in the long run, anyway."

"As a society we weren’t ready for social media." - Osman Khalid Butt