How to define sexual harassment?

Should legislation keep it wide in scope or particular to context? Debate on the definition of sexual harassment continues 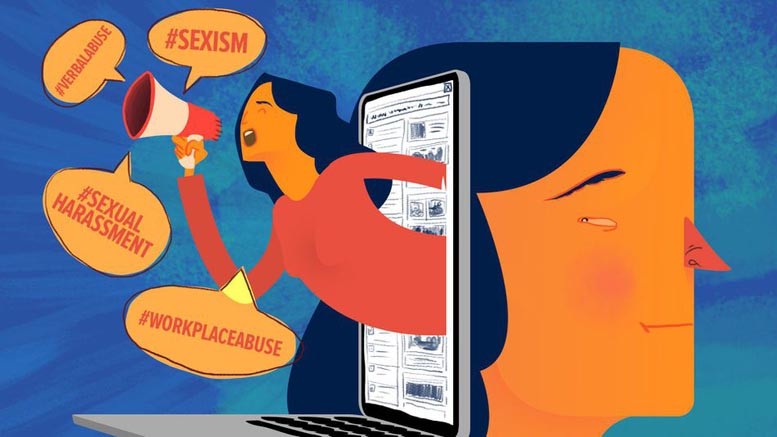 On July 2, the Islamabad High Court (IHC) quashed proceedings pending before the Ombudsperson for Protection against Harassment of Women at Workplace. It stated, "Mere meanings in dictionaries cannot be used to explain sexual harassment".

The court set aside complaints filed against three individuals -- a grade 22 officer, head of the Overseas Pakistanis Foundation (OPF) schools, and an official of a private online cab service. It ruled that "in all the cases in hand, the acts, attitudes, conduct or gestures were not of a sexual nature and, therefore, did not fall within the jurisdiction of the learned Ombudsperson."

Just a day prior to this, the IHC issued directives for removal of a message by Federal Ombudsperson for Protection against Harassment of Women at the Workplaces, Kashmala Tariq, from the department’s booklet. It stated, "the expression ‘harassment’ has been grossly misinterpreted by extending the meaning beyond the definition contained in section 2(h) of the Act of 2010."

According to the Protection against Harassment of Women at Workplace Act, 2010, under which the three cases were filed, harassment "explicitly refers to various phrases such as unwelcome sexual advances, request for sexual favours, physical conduct of a sexual nature, sexually demeaning attitudes".

Barrister Muhammad Pansota believes this definition is appropriate in its scope. In his view, "if the definition of sexual harassment is widened [for instance], there may be a possibility that any ill gesture may qualify under it, when in essence, it isn’t harassment of a sexual nature".

"For other kinds of harassment, for example unjust critique of one’s work or verbal abuse or use of abusive language, Labour Laws would suffice," he adds.

Senior journalist and head of Gender Sensitivity at Geo TV, Uzma Al-Karim builds on Pansota’s argument. "Instead of changing the existing definition, we should first implement it to the full extent, the situation can greatly improve if the present definition is completely understood," she says.

She concedes that there is always room for improvement, "policies on sexual harassment the world over are based on mainly two words: ‘unwelcome’ and ‘unwanted’."

However, these views are not shared across the board. Some experts believe that the present definition of sexual harassment in the legislation is inadequately framed.

Chairperson Gender Equality and Diversity Committee, Lahore High Court Bar Association (LHCBA) Nida Usman Chaudhry believes that the definition should be "fragmentised in its various contexts and then defined. Then criminalise it as per those new definitions," she asserts.

In her view, at present "everything is crammed in one definition and does not reflect a true picture plus makes it difficult to set a standard of proof".

She establishes her point by saying that sexual harassment, for instance, is not the same as sexist harassment. "A case [of sexual harassment] can be easily dismissed if law is ambiguous and if the judge is taking a literal instead of purposive approach," she argues.

The corporate world, however, is working on its own solutions. In companies complying with international standards, employees receive gender sensitivity training to prepare them to deal with issues that may stand in the way of ensuring gender diversity.

Uzma Siddiqui, former Human Resources Manager at BHP Billiton, says: "Usually at such companies, the policy is far more comprehensive than any local laws. The labour laws in Pakistan still belong to the pre-partition era. [In such companies] there were guidelines for decorum and behaviour, even how to comment on an employee’s looks. The employees are periodically trained."

She adds that cases of sexual harassment are mostly dealt with internally. "There is intensive investigation - witnesses, cross-questioning and penalty".

These measures may lay a good foundation to tackle sexual harassment in the workplace but we must also be weary of letting the corporate sector define conceptions of justice. The government must be at the forefront of this endeavour.

While the Protection against Harassment of Women at Workplace Act, 2010 necessitates a reporting criteria as well as formation of committees in organisation that is gender-inclusive, there is no mention of extensive training for the staff which is a major lacuna.

In a positive development, UN Women Pakistan signed a Memorandum of Understanding (MoU) recently with the Khyber Pakhtunkhwa Ombudsperson to provide protection to women against sexual harassment at workplace. Under the MoU, the trends of sexual harassment at workplace will be accessed through database of reported cases. The capacity of inquiry committees to deal with these cases will also be enhanced.

But along with policies, the prevailing mindset also needs to be reformed, with working women being granted respect. Here, society needs to step forward.

How to define sexual harassment?