Breaking the silence over Kashmir 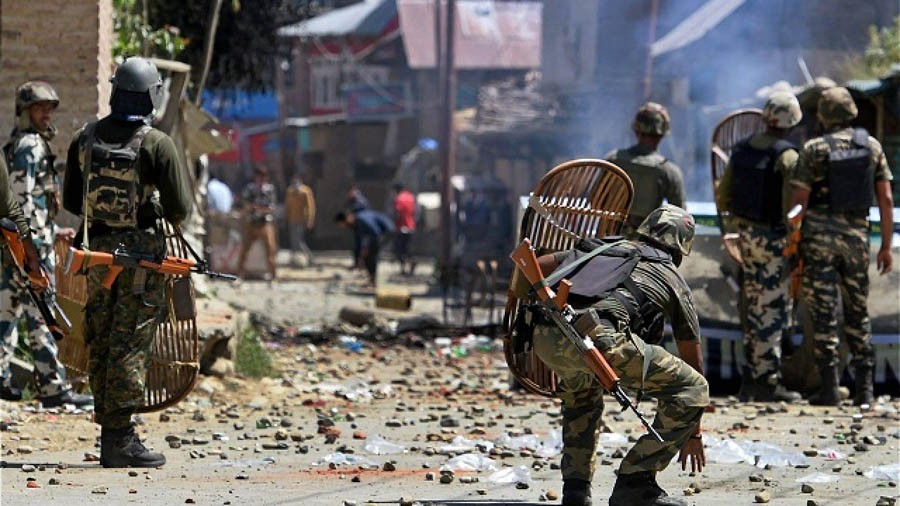 The recently released 43-page report by the Office of the UN High Commissioner for Human Rights (OHCHR) on the human rights situation in Jammu and Kashmir across the Line of Control addressed comprehensively almost all major aspects of the situation. It also recommended measures to improve human rights condition not only in the Indian-held Kashmir but also in Azad Jammu and Kashmir and Gilgit-Baltistan.

Echoing the last year’s report, the OHCHR urges both India and Pakistan to fully respect the right to self-determination of the people of Kashmir (including AJK and Gilgit-Baltistan) as prescribed by the international law.

The protection of human rights and support for the oppressed people are embedded in the United Nations’ charter and mechanism since its inception. The OHCHR’s report is an attempt to revert to the basics and has the potential to significantly reorient the current discourse around the conflict.

The report indicates that international bodies are no longer willing to overlook the human rights violations in Kashmir under the pretext of terrorism or national interest. Increasingly, the human rights abuses are upsetting the conscience of the world and new strategies are under consideration which will make it impossible for perpetrators to go unpunished.

The report recommended the establishment of a commission to conduct a comprehensive and independent international investigation into the allegations of human rights violations in Kashmir. The UN has previously established inquiry commissions to probe crises in Gaza Strip, Syria and Darfur.

The formation of an inquiry commission might nudge authorities to halt the usage of out-of-proportion military might to quell protests and punish stone pelters in the Kashmir Valley. Lamentably, the human rights situation in the Indian-held Kashmir is worsening day by day with security forces using military muscles with impunity. The report says, "No security forces personnel accused of torture or other forms of inhuman treatment have been prosecuted in a civilian court since these allegations started emerging in the early 1990s."

The report also exposes how common people are being tortured and humiliated in everyday life. Ironically, several laws are being used for cover-up of these offenses by the security forces. The report says the Indian authorities have not attempted to address serious concerns about hurdles in access to justice, and impunity for human rights violations committed in Jammu and Kashmir. The Armed Forces (Jammu and Kashmir) Special Powers Act 1990 (AFSPA) remains a key obstacle to accountability.

To improve human rights conditions, the OHCHR recommends that the Armed Forces (Jammu and Kashmir) Special Powers Act, 1990 be repealed immediately. It also wants end to compulsion of taking prior permission from the central government to prosecute security forces personnel accused of human rights violations in the civilian courts.

Kashmiri women have borne the brunt of conflict. Cases of sexual violence have been appearing in vernacular media since 1990 but no tangible steps were taken to bring the offenders to the task. Thus, the report suggests to "investigate and prosecute all cases of sexual violence allegedly perpetrated by state and non-state actors and provide reparations to the victims."

The report also shows concern over the shrinking spaces for civil society and right groups’ activities, as well as the growing clampdown on the dissenting voices in Azad Jammu and Kashmir and Gilgit-Baltistan. The report highlights the constitutional ambiguities and contradictions which limit the rights to freedom of expression and peaceful assembly and association.

Though the interim constitution of Azad Jammu and Kashmir has recently been amended to reduce the federal government’s direct interventions through the Kashmir Council, the powerful bureaucracy in Islamabad is trying to reverse the amendment to obtain financial, administrative and constitutional powers to indirectly rule the territory.

Since 2006, Azad Jammu and Kashmir has been showing up on the international radar. Human Rights Watch, a US-based watchdog, published a long report on AJK wherein Islamabad’s treatment of AJK was criticised. A few months later, Baroness Nicholson, Rapporteur on Kashmir appointed by the European Union Parliament’s Committee on Foreign Affairs, ripped apart the myth of Azad Kashmir being a prosperous and content region.

It is a matter of concern that political groups in AJK and Gilgit-Baltistan complain that they are being watched and monitored to ensure political and administrative control over the two regions.

New Delhi does not recognise any external intervention vis-à-vis Kashmir. However, these reports have opened up a Pandora’s box and more and more reports and articles are expected to appear in the media which will certainly discuss the Kashmir situation intensely.

For instance, The New York Times published a long article on July 6, featuring several victims of torture in the Kashmir Valley. A month ago, Srinagar-based Jammu and Kashmir Coalition of Civil Society published a 560-page report on issues related to the illegal torture and harassment of the Kashmiris, making headlines worldwide.

Breaking the silence over Kashmir