Who, under the constitution, has the right to levy income tax on capital gains in immovable property? 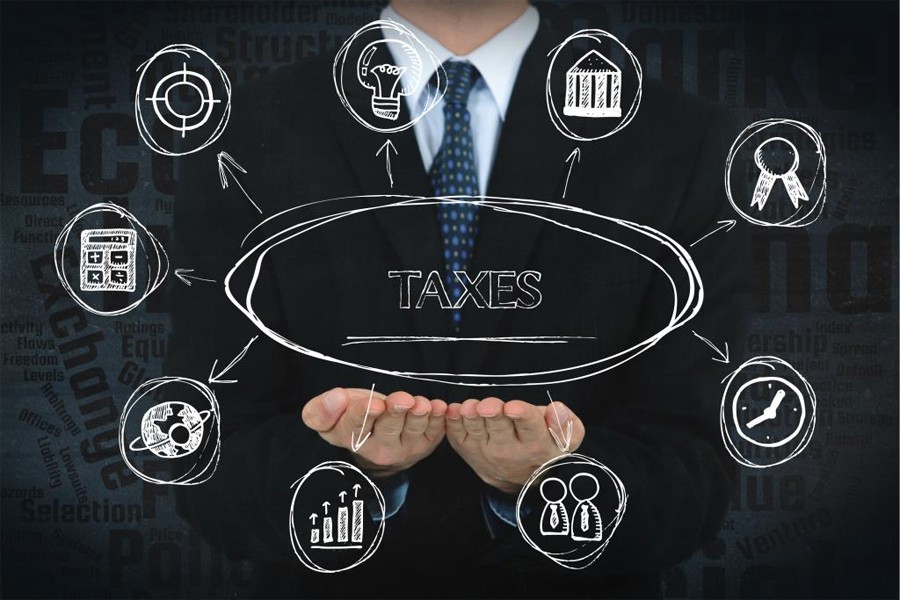 The National Assembly, through Finance Act 2012, amended section 37(5) of the Income Tax Ordinance, 2001 and, for the first time, levied income tax on capital gains of immovable property. Punjab levied a similar tax in Finance Act 2013 contesting the authority of the federal government but never implemented it. Who has the right under the constitution to levy this tax?

Entry 50, as amended by Eighteenth Constitutional Amendment, reads as: "50. Taxes on the capital value of the assets, not including taxes on immovable property."

Prior to the 18th Amendment, the language of Item No. 50 was: "50. Taxes on the capital value of the assets, not including taxes on capital gains on immovable property."

After omission of words "capital gains" from item Entry 50 through the 18th Amendment, the Federal Board of Revenue (FBR) purportedly sought the opinion of Law and Justice Division pleading that now the federal government had obtained the right to levy capital gains tax on immovable property. The Law and Justice Division, as per the FBR claim, endorsed its point of view.

After opinion of Law and Justice Division, the National Assembly levied income tax on gains on immovable property. Sections 236C and 236K were inserted in the Income Tax Ordinance, 2001, 2012 and 2014, respectively, for collection of advance tax from the seller and buyer at the time of sale/purchase/transfer of immovable property. Now in the Finance Act, 2019, measures have been taken to enhance advance tax on sale and purchase of immovable property as well on capital gains arising out of it.

The use of word "taxes’ in plural form by the Legislature in entry 50 is significant and needs consideration as it is no more related to just capital value tax. The word "taxes" include all kinds of taxes and not merely capital value tax on immovable property. The language is clear and unambiguous. After the 18th Amendment, the federal government cannot levy income tax, wealth tax, capital value tax, capital gains tax or any sort of tax under any nomenclature in respect of immovable property. This is within the exclusive domain of the provinces.

Constitutional experts, members in Senate and national and provincial assembles need to consider and debate the scope of entry 50 after the 18th Amendment. The federal government in 2012 encroached upon the right of the provinces by including immovable property in section 37(5) of the Income Tax Ordinance, 2001. Strangely, nobody has taken cognizance of the fact that the right to levy CGT on immovable property is indisputably that of the provinces even after the 18th Amendment, as was the case before the said amendment. Only the Punjab Assembly levied this tax in Finance Act 2013, but did not refer the matter to the Supreme Court under Article 184(1) & (2) of the Constitution that reads as under:

(2) In the exercise of the jurisdiction conferred on it by clause (1), the Supreme Court shall pronounce declaratory judgments only.

One wonders how the FBR and Law and Justice Division by mere omission of words "capital gains" in entry 50 concluded that the right to taxation was shifted to the federal government. The National Assembly also failed to see that second part of entry 50 is couched in a negative phrase. The phrase "not including taxes on immovable property" precludes National Assembly to levy any kind of tax on immovable property which it did in 2012. Now through Finance Act 2019, its scope is widened creating multiple problems for real estate sector, discouraging private investment to provide much-needed housing and development of commercial properties.

In terms of entry 50, as it stands after the 18th Amendment, the National Assembly can levy taxes on capital value of moveable assets but has no authority to levy any tax, including income tax, capital gains tax, wealth tax or any other tax, on immovable property. The way the Parliament, FBR and Law & Justice Division misread plain language of second part of entry 50 speaks volumes about their level of understanding. This also testifies to the fact as to why we have so much confusion and chaos in tax and other legislations ignoring fundamental provisions of the constitution.

The rich and mighty owners of substantial immovable property in the wake of 18th Amendment are outside the purview of National Assembly for levy of progressive taxes like wealth tax, inheritance tax etc that were once in vogue in Pakistan but repealed later on to serve them. Majority of rich absentee landlords are not paying due tax on their colossal agricultural incomes. The poor and small farmers are burdened with heavy sales tax on many goods (inputs) directly used for crop production but rich absentee landlords are paying negligible tax on their colossal agricultural income.