With one-fourth of the country’s population living below the poverty line, inflationary pressures are pushing the vulnerable up against the wall 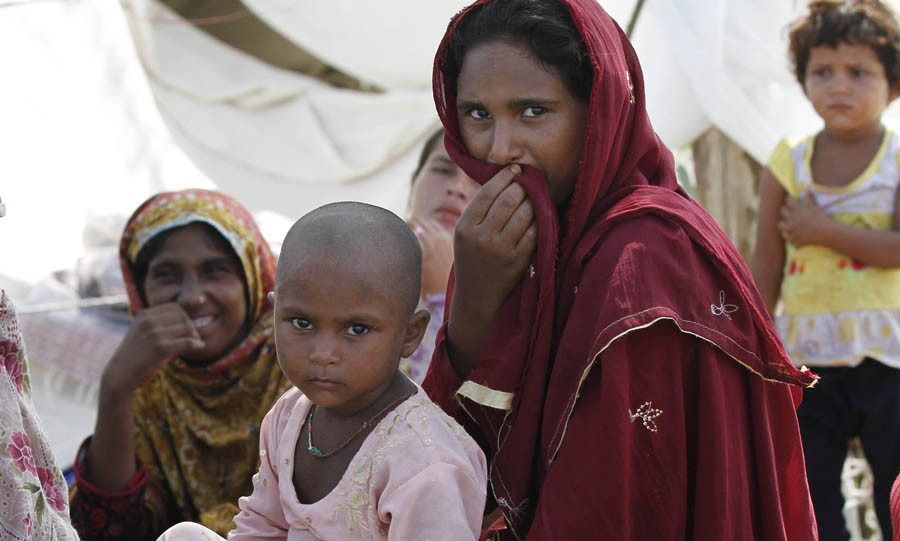 Nineteen-year-old Misbah has just received an intravenous glucose infusion at Lahore’s Jinnah Hospital. Having not eaten in two days, she had fainted at work and her employer, a beauty parlour, had sent her with some money and a colleague to the hospital.

Misbah had aspired to be a doctor. But as her family was struggling financially, she had to give up her education and dreams of becoming a doctor. With an ailing mother, a sister in need of regular medicine and a school-going brother, there was no other way for her but to take up a menial job at the parlour. She is the eldest among four siblings.

Even with her mother’s tailoring work that brings about Rs6,000 a month, there simply isn’t enough money to make ends meet. Even the employer isn’t making enough profit for her to demand a raise.

Close to MM Alam Road, Muhammad Ghafoor sells shakarkandi, deliciously roasted sweet potatoes topped with citrus juices and garnished with spices, at Rs60 per serving. "Customers complain about prices. They are feeling the heat," he says.

"We have all become selfish," says Ghafoor, who even at the age of 70 has to make a living. "My son moved to a new house after he got married. He used to love shakarkandi when he was a child."

Ghafoor has a nerve degenerative disorder but he prepares each serving with care. The winter had been difficult and the summer much more so. Without the support of his children, he is alone to fend for himself. His earnings fluctuate and leave him with only about Rs3,000 to Rs4,000 per month.

Further down the road, at a traffic signal, 10-year-old Irfan is knocking on car windows to market colouring books priced at Rs100 each for children his age. His father works as a daily wage labourer. On a good day, he brings home Rs800 to Rs1,000. Sometimes Irfan walks down to MM Alam Road and tries to make a pitch to people coming out of shops. "They usually have change and can spare some. But I have to run after them. This is routine. I go home at midnight," he tells TNS.

"Life is becoming hard for all of us," a passer-by, Rizwan, chimes in. "The government should look at how we live. I work at a marketing firm as a receptionist. I make Rs20,000 a month. I challenge the prime minister to live on my salary for a month."

"My wife and I have been fighting over finances. All food items have become really expensive, even onions, garlic - basic things. It wasn’t like this before. I tutor children over the weekends but now it is just stressful. These children are from middle class backgrounds. If I raise my fee, they will simply pull out," he says.

Social violence has also risen, with women in particular becoming even more vulnerable.

"The government should see what its policies are doing to the people. Especially those who already cannot afford three meals a day," he adds.

Inflationary pressures are pushing vulnerable people up against the wall. The difference in inflation statistics, even if not fully representative of the people’s miseries can somewhat provide a sense of what they are struggling with. The Consumer Price Index (CPI) is on the rise. This index measures the price level of market basket of consumer goods and services purchased by households by assigning weights to different consumer goods.

According to the latest data released by the Pakistan Bureau of Statistics (PBS), the CPI was 8.89 percent in June this year compared to 5.21 percent in June 2018. The average rate of inflation during July 2018-July 2019 was as high as 7.37 percent. This is a huge increase from its value at 3.92 percent last year.

With as much as one-fourth of the country’s population living below the poverty line - internationally defined as living on US$1.90 a day, the situation becomes more precarious. Human security, when jeopardised, can weaken the relationship between the citizen and the state. A starving population is an angry one.

Poverty can damage mental health, making people feel helpless and alienated. This can also encourage suicidal ideation. In April 2019, a man in Tank shot his wife, two daughters and a son reportedly because of financial woes and for being unable to pay back debt. In Lahore, just in the first six months, around 206 people committed suicide - while their reasons vary, struggling with financial pressures is cited as one cause.

Social violence has also risen, with women in particular becoming even more vulnerable. According to a WHO report titled, Demographics of Child Marriage in Pakistan, 21 percent girls under the age of 18 and 3 percent under the age of 15 are married off. "People who live below the poverty line, either resort to getting their children employed as domestic workers or marry off their daughters when they are young," says Ume Laila Azhar, Director of HomeNet Pakistan, an NGO which works on raising awareness about issues domestic workers face. "Where resources are strained and there are many mouths to feed, parents belonging to the lowest strata of society will feel the sting of insecurity and take such decisions," she explains.