From carpooling to offering co-working spaces to sharing living spaces, people are adopting various ways at the community level 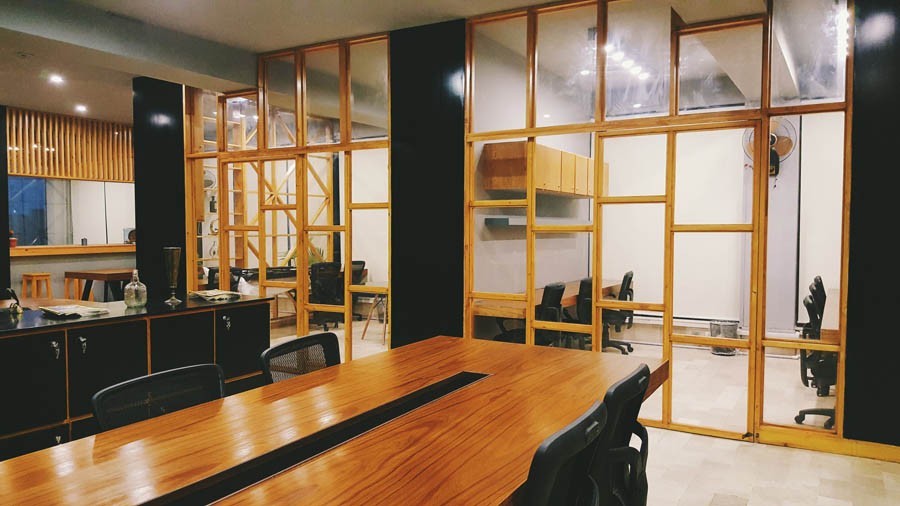 For 32-year-old Maria Jabeen, an administrative professional in the information technology sector, the cost of daily commute to her workplace, 8 kilometres from her house, had risen over the past few months. So Jabeen decided to go back to a practice she was familiar with as a student - carpooling.

"For me, sharing resources is not just a need but also a philosophy," says Jabeen, who is always on the lookout for colleagues to share a ride with. Having actively opted for carpooling when she studied at the Government College University Lahore, Jabeen says she has found it harder to look for people who are willing to carpool now that she’s working. She contests the prevailing perception that only students need to save money. "It’s not just about affordability at individual level. It’s about wasting resources," she adds.

While many like Jabeen may still prefer carpooling, the apparently cost-effective option comes with its own share of challenges. Carpooling with strangers poses several risks, including basic safety. And this is besides operational issues such as matching time and route.

"It’s also about comfort," says Jabeen. "How comfortable are you commuting daily in a car with someone you don’t know personally even if it saves you some money?"

Though traditional alternatives such as sharing a rickshaw or a local cab have always been common among students, especially girls working or studying at the same place. Working as an HR professional in Islamabad back in 2012, Mahwish Fakhar’s office was almost 5km from her hostel. It used to cost her Rs 4,500 per month to rent a cab. "I used to save Rs 2,000 every month through carpooling with my hostelmates," recalls Fakhar. She, too, was sceptical about sharing rides with strangers - much like Jabeen. "The idea of carpooling with my hostelmates was not just cheaper and convenient but also safer," she says.

But it’s not just commute. The idea of co-working spaces has also been taken up in major cities across the country. These spaces offer people an office-like environment along with utilities, including wifi; and even coffee and tea. One such facility is Daftarkhwan in Lahore. It started in 2016. "Regardless of how big or small a company is, the cost of setting up and maintaining an office space is prohibitively high. That’s where we come in," says Saad Idrees, co-founder the Daftarkhwan. Spread across three locations across the city, Daftarkhwan has around 300 members working for over 40 companies, ranging from technology firms and tax consultants to startups, operating from their co-working spaces.

The idea of co-working spaces has also been taken up in major cities across the country. These spaces offer people an office-like environment along with utilities.

"All you do is bring your laptop, meet clients, work, have tea and at the end of the day pack up and leave," says Idrees, explaining how co-working offers a more economical alternative to many people and companies. At a cost of Rs 15,000 per month, customers are offered fully furnished working spaces, back-up power facility, internet and cafeteria. The cost is Rs 1,500 if you want to utilise the facility on a day-to-day basis.

For over four years, Salman Shahid has been running an education consultancy. His team now operates from Daftarkhwan and for them, the experience has been just fine for their work philosophy and budget. "Our inspiration was to jump start our operations, focus on our work and not be distracted by costs under various heads," shares Shahid. Having earlier spent as much as Rs 200,000 on just renovation of one of their previous offices, Shahid says ‘sunk costs’ become very detrimental for businesses, given the already increasing cost of other basic amenities.

A year back, Haziq Mehmood, hailing from Mandi Bahauddin, quit his job in Lahore to focus on preparing for his CSS examinations. Dependent on the money sent by his family, he was faced with the dilemma of cutting his monthly expense with no other cash inflow. The lifestyle he maintained in 2016, when he had a job, was no longer sustainable. Back then, Mehmood had lived in a rented room near Link Road, Model Town, which cost him Rs 11,000 per month. He paid another Rs 10,000 for utilities and Rs 5,000 for his kitchen bills, making his total monthly cost Rs 26,000.

All that changed last year. Mehmood now shares his flat comprising two bedrooms, two bathrooms, a kitchen and a lounge with three other people in a building near Mozang Chungi. His total monthly share of the entire cost - rent, utilities and food included - comes to what he used to pay as rent two years ago - Rs 11, 000. "It’s not just my situation. Expenses have risen for everyone and everyone wants to save money," he says.

Communities inherently develop mechanisms to counter collective challenges - including that of inflation. This is what Sohail Aziz, a property dealer in Lahore’s Walled City, believes. "Everyone wants to save money. They have always wanted to. This is what I have always seen in my line of work," he says.

A resident of the Walled City, Aziz has been in the business of property for over six years now. He deals with the sale and rent of accommodation in the old city of Lahore, Aziz says more and more people are opting for renting out places. The reasons for this choice might vary in specifics. "Families used to share living spaces in the earlier days. But with that tradition becoming obsolete people started looking into other options," he says. To illustrate this point, he cites his own example. After he got married he continued to live in the same house with his brothers and their families. Later, he felt the need to move out. So in 1999, Aziz rented a house with two bedrooms in the same neighbourhood for Rs 1,200 per month. Two decades later that house has been sold but Aziz estimates that had it been up for rent now it would cost somewhere around Rs 20,000.

Given the situation, he says it is but natural for people to go back to sharing living spaces, even with strangers. "The practice is far more common among single men who come to the city to make a living and are also comfortable living with others," he says. A single room with bathroom would be rented out between Rs 10,000 and Rs 12,000. Aziz says usually three people share this space which brings down the cost to Rs 3,500 to Rs 4,000 per head. But there has been a surge in the trend being picked up by families as well. Aziz has lately been marketing two-bedroom portions costing between Rs 15,000 to Rs 20,000 to families who are willing to share the living space. "They come to an agreement regarding the sharing of resources and splitting of rent, making it affordable for everyone."

"In a way we are going back to old practices, but this time we are willing to do so with absolute strangers. This says a lot about how life is treating us," he says.