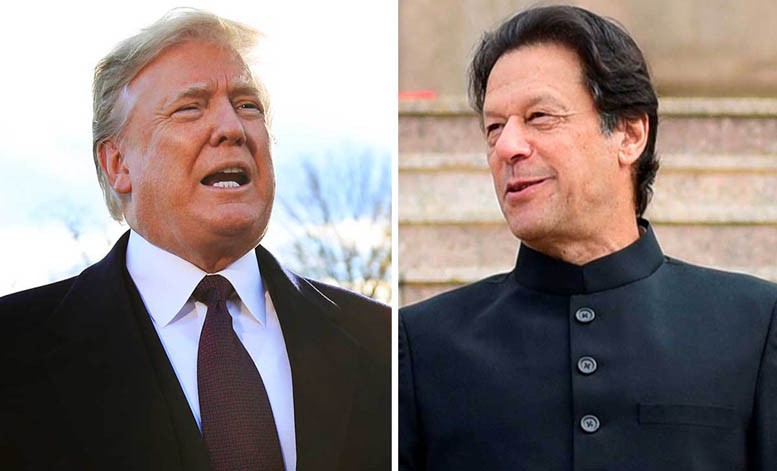 Irrespective of the dates of Prime Minister Imran Khan’s visit to the US, certain points in our foreign policy need clarity. Though the US help in the early years of Pakistan played a crucial role in strengthening the economy, the price we have paid has also been substantial. In the 1950s, the Cold War was in its initial stages and a majority of newly-independent countries was being enticed by the USA and the USSR to their sides. While some opted for a non-aligned path, most countries fell into the lap of one or the other superpower.

The Indian leadership, led by JL Nehru, was one of the founders of the Non Aligned Movement (NAM) but still had a visible tilt towards the Soviet Union. Pakistan became a staunch supporter of the US and joined Seato (South East Asian Treaty Organization) and Cento (Central Treaty Organization) earlier known as the Baghdad Pact. When General Ayub Khan took over power in Pakistan, he was willing to be a part of the US-led anti-communist bloc. It took him eight long years to realise that his country needed Friends Not Masters.

In the 1960s, the US helped Pakistan achieve substantial economic growth, industrialisation, and overall financial stability; but when there was war against India in 1965, Pakistan was in for a rude shock. That apparent ‘betrayal’ by the US prompted the president to look for alternatives like China and the Soviet Union. By the late 1960s, the Ayub regime had lost its support both nationally and internationally. General Yahya Khan booted his master out of the presidency, forcing him to read his resignation to the public.

The early 1970s were not good for Pak-American relations. Pakistan faced a fierce civil war in the aftermath of the first general elections in 1970 and the refusal of the ruling junta to hand over power to the elected representatives of the country. The US remained neutral in the civil war and the war against India in 1971 which resulted in the breakup of the country and emergence of the new state of Bangladesh. ZA Bhutto’s rhetoric of Islamic-socialism did not go down well with the US; and the atomic ambitions of Pakistan also damaged the relations.

Before 1970s were out, ZA Bhutto had been removed and hanged. Bhutto had called his removal a result of a sinister international conspiracy. The new ruler, General Zia, became a darling of the US after the Soviet Union invaded Afghanistan. General Zia capitalised on this intervention that helped him perpetuate his draconian rule with conditional American help. The conditions were simple: make Pakistan a conduit to supply American arms and ammunitions to the Afghan rebels, intelligently dubbed as the Mujahideen; and establish seminaries across Pakistan to promote and propagate jihad (the crusade).

The conditions were fulfilled and Pakistan became awash with the weapons meant for the war in Afghanistan. Millions of Afghan refugees were a burden on the country. General Zia however, was pleased to host them as it helped his narrative of a holy war. In the later 1980s, it had become clear that the USSR -- now led by a new leader, Gorbachev -- was desperate to withdraw from Afghanistan. The US also wanted to provide a safe passage to the USSR to facilitate the end of the Cold War.

General Zia, realising that the end to the war in Afghanistan would diminish his chances, opposed the Geneva Accord that was signed by Zain Noorani, the foreign minister of Muhammad Khan Junejo, the handpicked prime minister of Pakistan, who had marshalled the courage to defy his master General Zia. When General Zia’s C-130 military plane exploded in the air resulting in the death of General Zia with his close colleagues and the US ambassador to Pakistan, some people saw an American hand in it.

Interestingly, from Ayub to Bhutto to Zia, all removals were attributed to an American conspiracy without a reference to the local players who must have played a decisive role. For example, General Ayub was not particularly liked by the US during his last years, but it was General Yahya who acted to secure the top office for himself. Similarly, ZA Bhutto did mention a foreign hand behind the PNA movement against him, but it was General Zia who imposed the martial law and ruled the country for over eleven years.

Blaming the US for everything is therefore reductionism of a high order. Coming to the 1990s, we see the US losing interest in the region and focusing more on Eastern Europe and the former Soviet Union. Sadly, the Pakistani establishment still thought that the so-called Mujahideen would establish a pro-Pakistan government that would also be hostile to India. This was a grave miscalculation resulting the continued civil war in Afghanistan. By the late 1990s, with America least interested in the region, Pakistan bet on the Taliban as the likely builders of a new Afghanistan.

Following the Taliban conquest of Kabul, only Pakistan, Saudi Arabia and the UAE recognized the new government in Afghanistan. For the next five years, with US out of the picture, the Taliban enforced a strict code of governance that some Islamists still idealise. The American interest in the region was rekindled only by the 9/11 episode that shook the US and the world.

In the first decade of the 21st century, Pakistan was once again under a military dictator, Pervez Musharraf, who wanted to perpetuate his rule. He led Pakistan into another alliance with the US that was fighting against the Taliban in Afghanistan. The Taliban proved resilient and Pakistan was accused a double-game.

In the second decade of the 21st century, two civilian governments led by PPP and the PML-N were constantly trying to gain some political space to make decisions independent of the establishment. Both failed miserably, as vital ministries of defence, finance, foreign affairs, and interior, were overwhelmingly influenced by security considerations. Both the PPP and the PML-N unsuccessfully tried to assert themselves and declaw the establishment. The top leaderships of both the parties lost the game of thrones.

With Imran Khan for prime minister, the government and the state institutions are on the proverbial ‘same page’. The agenda will be Pakistan’s relations with Afghanistan, Iran and India. The parliament needs to be taken into confidence for the sake of transparency in our foreign policy.