Can we educate our school-age children so that they become an asset rather than a liability for the society? 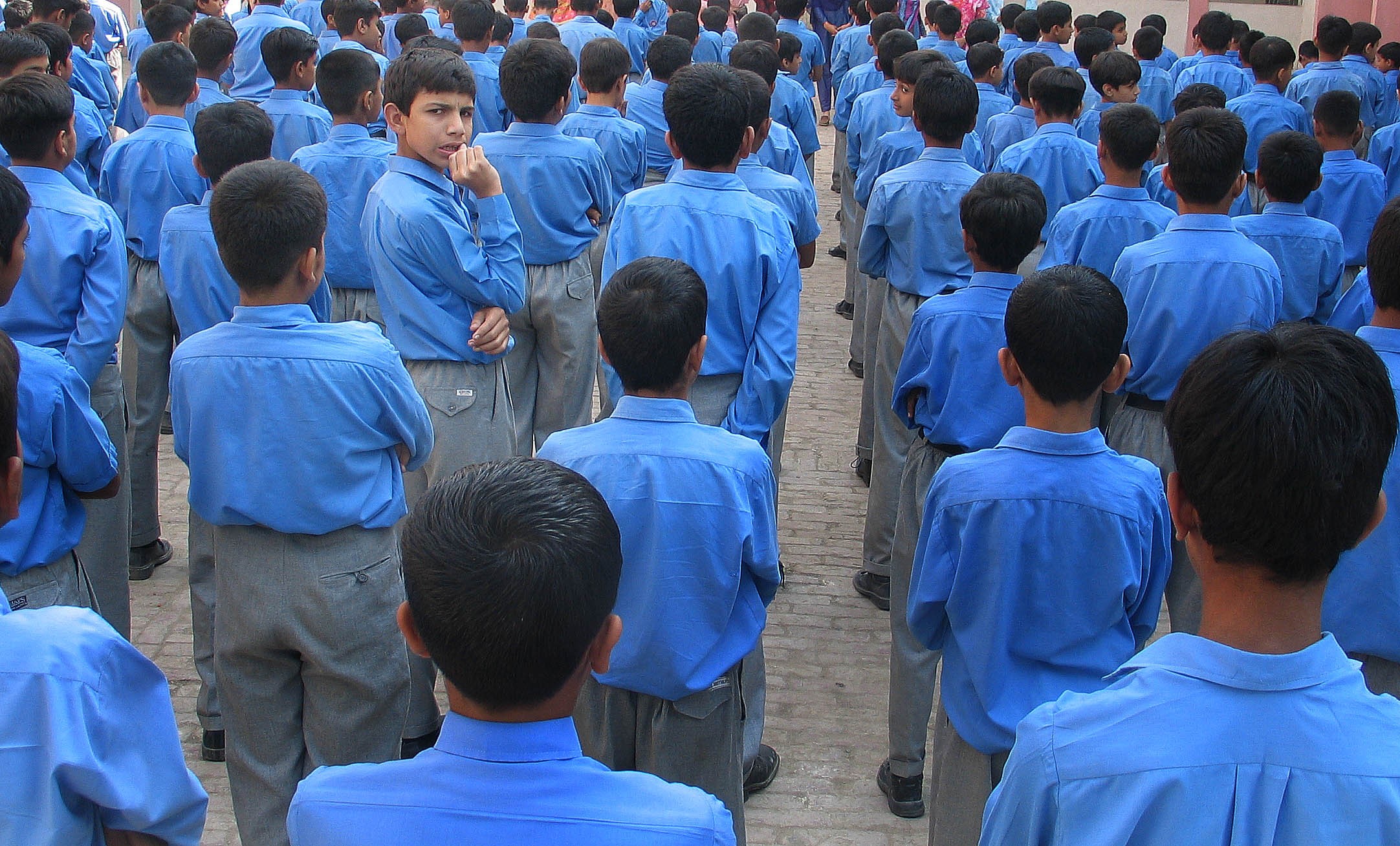 Back in the 1980s when I was in school a friend from a Western European country remarked to me that Pakistan does not need a literate leader, since the majority of its population is illiterate. From a child’s attempt at a joke a conclusion can be drawn from his understanding that in a representative democracy the elected representative of a mostly illiterate country could get away with being illiterate.

UNESCO figures (https://www.theglobaleconomy.com/Pakistan/Literacy_rate/) put our literacy rate in 1981 at just under 26 percent, rising to 43 percent in 1998, and reaching just under 50 percent as late as 2005. Today, official figures put the country’s literacy rate at 62 percent. Even by my friend’s flawed logic, we have earned ourselves the right to demand a literate leader.

On this year’s World Population Day we should remind ourselves of some of the key numbers people working in the education sector stare at every day.

In 2016-2017, 50 million students were in schools and another 22.84 million out-of-school. For perspective, the population of OOSC is almost equal to the entire population of Australia, which is currently around 25 million.

We should bear in mind the definition of how the government of Pakistan defines ‘literate.’ The threshold has changed several times since 1951 when "one who can read a clear print in any language" qualified as literate, to 2018 when the definition was revised to, "ability to read and understand simple text in any language from a newspaper or magazine, write a simple letter and perform basic mathematical calculation (i. e., counting, addition/subtraction)."

While the standard for literacy has surely been raised, qualification as literate still does not imply inclusion in the pool of educated citizens and skilled labour. Over the decades, we have surely been able to raise our literacy rate but progress has been painfully slow.

Enrolling children in schools is made difficult by Pakistan’s perpetual economic woes and is further compounded by its high population growth rate. Pakistan’s annual population growth rate reached a high in 1983 when it reached 3.4 percent. It then dropped below 3 percent in 1990 (giving the minister in charge of family planning reason to break out in a dance), and has thankfully reached 2.08 percent today.

Nevertheless, in five years our population of primary school-aged children will grow by another 8.6 percent. Praising the country’s family planning efforts may be doling out too much credit because its approach has not changed much in the last 35 years. If anything, the ubiquitous ‘90s slogan, "Bache do hi ache" (Two children are enough), has not been heard of in a long time. Cautious attempts at introducing reproductive health lessons in high-school biology have faced resistance.

In recent years, in the wake of the global recession, more people opted not to have children and exacerbated the population crunch in some industrialised countries with aging populations. At the same time, politicians in Pakistan, either in a genuine attempt to find a silver lining or giving people something to cheer about, began talking about Pakistan’s "youth bulge".

The population pyramid of Pakistan’s population shows that bulge in the form of a wide base at the bottom (young age groups are near the bottom, older at the top). The shape of our population pyramid deviates from the world average (https://www.populationpyramid.net/) and deviates significantly from the top-heavy pyramids of countries that are seeing or will soon see shrinking populations, e.g., Japan, Germany, China, etc.

A large, educated, young population with 30-50 years of productive lives ahead of them is surely an asset to a country. Such populations can yield a huge dividend by building and growing an economy to produce enough resources for taking care of society’s older and retired members. But when that youth is un(der)-educated and unskilled, that bulge can turn into a demographic time bomb. Being merely literate is not enough anymore.

Today, many college graduates in the US who have taken on tens of thousands of dollars in student loans find themselves working their first jobs at rental car counters, retail outlets and as waiters. In this age, what is the future in the global economy for someone even if he/she has completed high-school (FA/FSc)?

Even those who study until grade 12 do not count as skilled labour. Not only do we have a massive quantitative gap in education, we also have a qualitative problem. Recent surveys and studies have shown that in basic literacy and math skills tests, most children perform two to three grade levels below their grades in school.

So, not only do the 31 percent of OOSC need schools, nearly 100 percent need those schools to be better than what they are today.

According to latest figures from the Bureau of Statistics, the percentage of population that holds anything more than a high-school certificate (i.e., diploma certificate, bachelors, masters or PhD), anything that qualifies its holder as skilled labour, is just 6.81 percent (http://www.pbs.gov.pk/content/educated-population-level-education). It took us 72 years to get to less than 7 percent skilled population. At this rate of improvement, how long will it take us to catch up and enable at least a sizable portion of our population to complete their education with something more than a high-school certificate?

Time is limited because roughly 50 percent of our population today is under the age of 25 and every day more of them are ending their education (most of them prematurely, long before reaching high school), leaving school/college and entering the workforce.

With few places left for unskilled labour in the new global economy, the question is, can we educate our school-aged children in time and make them an asset rather than a burden on society? Can we still turn the youth bulge, presently on track to become a demographic time bomb, into a skilled, productive workforce that will yield a youth dividend?

Job prospects for unskilled labour are dwindling. The Middle-East, especially Saudi Arabia and the UAE, used to be useful outlets for Pakistani unskilled labour. In recent years, countries in the Gulf region have faced challenges due to the falling oil prices and their own growing populations. They have quickly substituted replaceable expat workers with locals who are less choosy about the kind of employment they are offered. Last year the expat worker population of Saudi Arabia shrunk by 1 million.

A question is often asked about the future of economies of Asian countries, such as Japan, China and South Korea, whose populations are nearing their peak or have peaked already. Will these countries grow old before they become rich? Pakistan’s population of 205 million today is projected to reach its peak of 365 million in the year 2100. Around that time the global population is also expected to peak at around 11 billion. If this projection holds up, this gives us some time to grow the 7 percent of population comprising of skilled labour to a much bigger slice of the population pie. However, looking back at the historical pace of improvement in Pakistan’s education picture, there is no time left to lose.