The struggle of a dissident

With the passing away of Prof Waris Mir on July 9, 1987, ended a fierce writing career that began in 1967 and was motivated by overwhelming compassion 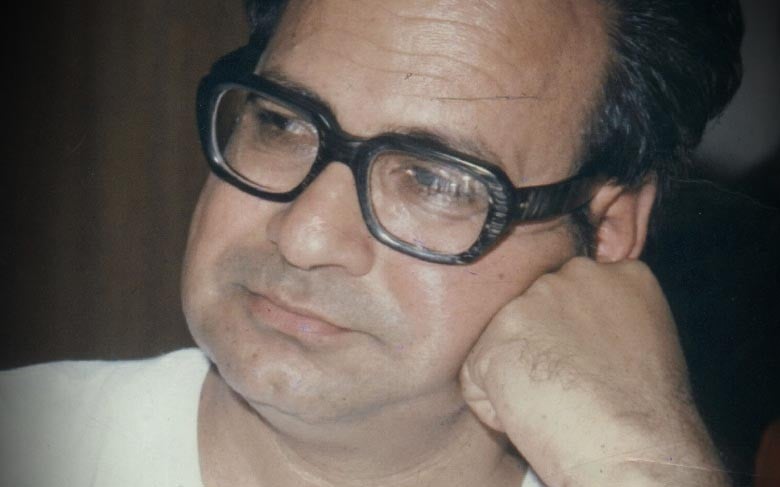 In an essay, "The Prevention of Literature," (1946), renowned English writer George Orwell discussed the impact of totalitarianism: "Literature is doomed if liberty of thought perishes. Not only is it doomed in any country which retains a totalitarian structure; but any writer who adopts the totalitarian outlook, who finds excuses for persecution and the falsification of reality, thereby destroys himself as a writer…. Unless spontaneity enters at some point or another, literary creation is impossible, and language itself becomes something totally different from what it is now. We may learn to separate literary creation from intellectual honesty. At present we know only that the imagination, like certain wild animals, will not breed in captivity."

Prof Waris Mir was an intrepid writer whose writings gained recognition during the military dictatorship of General Ziaul Haq. Recognition for honesty is a double edged sword: while it garners appreciation and support from some, also invites unrelenting opposition and criticism from other quarters. The opposition during the Zia regime, included public lashings, open and covert threats, acute censorship and harassment.

The press, to borrow a phrase from journalist Zamir Niazi, is always in chains, one way or the other. A sword of Damocles’ is always hanging above journalists with no armour for protection.

He wrote extensively in support of democratic rule, the rights of the populace, an elected government’s mandate, the impact of intolerance on social and familial values, the rights and obligations of women in a patriarchal society, the dangers of allowing pseudo-religiosity take over sense and sensibility, the power of the printed word and freedom of expression. Freedom of thought and expression are luxuries even the most influential are denied in a dictatorial rule. Mir, the dissident, refused to surrender his freedom while he lived.

Mir never shied away from calling spade a spade, but he was no preacher. He had a didactic style of pitching together facts, claims and arguments from various sources -- religious, political, philosophical, literary and historical -- and let the readers pick the side they were on. Sensitive writers consider their readers to be intelligent enough to make their own choices -- a characteristic which journalists have forgotten nowadays.

A writer, according to Waris Mir, was more than a mere accountant of words: "When a writer is writing his concerns, he is not only writing for a particular day or era -- he is rather putting together history for the future generations. When a writer is not ‘allowed’ to put into black and white the truth, what kind of accuracy is he going to secure through writings as in the present times…. When expression is curbed, it is not only the voice of a writer that is muffled but of an entire generation…" (Waris Mir, Daily Jang, 1985)

Through his columns, Prof Waris Mir used to voice his opposition to the military intervention in politics, arguing that the military establishment’s firm control of politics and governance was the source of most of the nation’s problems. He argued that the only respectable way for the Army to preserve its dignity and institutional pride was to stay away from politics.

His finest contribution was a series of articles on women’s rights titled "Kya Aurat Aadhi Hai?" (Is a women only half a human?). These articles, later published in the book form, disposed of the clergy-sponsored and Zia-backed arguments in support of discriminatory laws against women, particularly the new Law of Evidence which recognised a woman’s evidence as half that of a man. Waris Mir also argued in the articles that the family laws promulgated by the Ayub regime were closer to the spirit of Islam than the chauvinistic legislation proposed by the Jamaat-i-Islami at that time. Waris Mir also defended modern education for women and the rights of the working woman at workplace.

This gained him admirers among women political workers, working women and students since it was unusual for a man in the 1970s to speak up for women’s right in the light of Islamic sources, social values and the law. Aitezaz Ahsan and Asma Jehangir, jailed those days would later say they waited for "Mir Sahib’s column (that used to appear on the editorial pages of Daily Jang) for it gave them hope."

Through his columns, Prof Waris Mir used to voice his opposition to the military intervention in politics, arguing that the military establishment’s firm control of politics and governance was the source of most of the nation’s problems. He argued that the only respectable way for the Army to preserve its dignity and institutional pride was to stay away from politics and focus entirely on its professional duties. Unfortunately, not much seems to have changed on our political landscape even after Waris Mir breathed his last. Mir had warned that having tasted political power, the military had ceased to be apolitical and would never voluntarily shun power.

The story of writing that began in 1967 with fierce compassion ended abruptly on July 9, 1987, when Prof Mir breathed his last following a cardiac arrest at the young age of 48. Journalist Munno Bhai wrote in his eulogy: "Prof Waris Mir’s lifespan cannot be measured in terms of the 48 years he lived, but by the valour he displayed all the while he was alive."

The struggle of a dissident