The reference in context

The Law Ministry distributed Rs175 million among 137 bar associations throughout the country days before the second hearing of the presidential reference against Justice Qazi Faez Isa. What was the purpose and why now?

The lawyers’ community has started an agitation against the proceedings of the presidential reference filed in the Supreme Judicial Council against a Supreme Court judge, Justice Qazi Faez Isa. According to the charge, Justice Isa failed to declare the properties owned by his wife and children in the United Kingdom while declaring his assets in Pakistan for tax purposes.

The lawyers standing for Justice Isa’s cause call this reference a move made with a mala fide intent, others hold that he must face the reference and if he can come out clean. The lawyers and bar council members supporting the filing of the reference are much smaller in numbers.

The protests have been peaceful so far. The protestors wear black bands to signify their resentment and sit peacefully outside the place where the Council meets. There have been indications that they might mobilise across the country, take to streets and boycott courts if things do not work out.

Given the context, the distribution of money among bar councils, has raised many an eyebrow. Days before the second hearing of the Council on July 2, Law Minister Dr Farogh Nasim distributed Rs175 million among 137 bar associations throughout the country. Though legally speaking, there is nothing wrong with the distribution of government funds among bar councils, critics are unhappy with the timing of the disbursement and the manner in which the process has been carried out. They are calling it a step to garner support for the presidential reference against Justice Isa. Their opponents defend it as routine financial support for bar councils.

Rashid A Rizvi, the former president of the Supreme Court Bar Association questions the timing saying the legal fraternity had been demanding funds for six years but nobody had paid heed to their request. "All of a sudden they have become so generous. Why?" He believes that the disbursement is aimed at creating a rift in the lawyers’ community and mustering support for the reference.

Rizvi recalls the disbursement of Rs776.4 million among 132 district bar associations of the country by the Pakistan Peoples Party government when it needed lawyers’ support to stave off Supreme Court pressure on the government to reopen the Swiss bank accounts case against then president Asif Ali Zardari. He insists that the government must stop engineering lawyers’ support and let the court work independently and without any fear.

If the council decides that the accused judge is incapable of performing his duties or is guilty of misconduct, and therefore should be removed from office, the president may order the removal of such a judge. A judge may not be removed from service except on the specified grounds and subject to the prescribed procedure.

Currently, the Punjab Bar Council has members both in support and opposition for the reference. Muhammad Dawood is an active member of Punjab Bar Council who questions the very filing of the presidential reference. He says the subject matter of the Ordinance falls in the domain of the Income Tax Ordinance 2001 which prescribes a remedial measure in case there is an omission.

Dawood points out that there is a code of conduct for judges of the Supreme Court and the High Courts and a notification in this regard was issued in September 2009 and signed by the then Supreme Court secretary Dr Faqir Hussain. Anything not mentioned there, he says, does not fall within the definition of professional conduct. Making a matter to be heard and decided by tax authorities, a basis for filing a presidential reference is not justified, he concludes.

If the council decides that the accused judge is incapable of performing his duties or is guilty of misconduct, and therefore should be removed from office, the president may order the removal of such a judge. A judge may not be removed from service except on the specified grounds and subject to the prescribed procedure.

Jamil Asghar Bhatti, leader of the Punjab Bar Council group favouring the reference, says Justice Isa must face it and come out clean if he can. For him, it is irrelevant whether the reference has been filed with a malafide intent or not. Bhatti draws a parallel with the filing of the first investigation report in which he says a lot of innocent people are implicated but they have no option but to face the investigations. "We trust our superior judiciary. It will do no injustice at anybody’s behest."

Referring to the assertion that the reference is a reaction to Qazi Isa’s verdict in Faizabad sit-in case, he says there is no evidence to support the allegation.

Bhatti justifies the distribution of money by the Law Ministry and says the Punjab Bar Council has received Rs 30 million which will be used on the welfare of lawyers. For example, he says, the amount will be spent on providing air-conditioners and refrigerators etc to bar councils, setting up libraries, payment of salaries to bar council staff and welfare schemes for lawyers etc. He says that there are no conditions attached to the grants.

Hamid Khan, founder of the Professional Group, does not buy this argument and says the money has been doled out arbitrarily and not in accordance with a transparent formula. The pattern one sees is that more money has gone to the lawyers’ bodies that come up in support for the government and those opposed to it have receive less. Unfortunately, the disbursements are not according to the strengths and needs of the respective bodies.

Khan says that the correct way to distribute funds among lawyers’ bodies is to earmark them for this purpose in the federal budget. "There was no allocation in the budget. This money has been arranged out of nowhere." He adds that during the PPP government, funds were distributed in an even worse way. Many lawyers’ bodies, he says, were created from scratch just to receive funds in return for their support for the government.

He is in no doubt that the reference has been filed with the aim of pressuring the superior courts judges at the behest of "power circles" who do not want to be accountable to anybody. "The government is trying to achieve the unachievable by doling out money and jobs to the lawyers. The number is so large that such favours to a selected few become insignificant," he concludes.

The reference in context 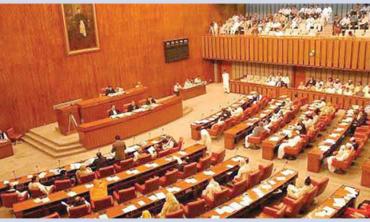 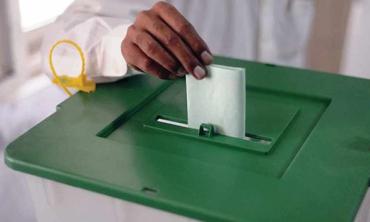 All eyes on AJK 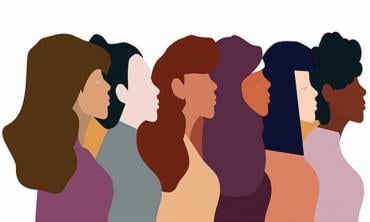 Women and the neoliberal academy