While they’re much more protected than their parents were as kids, these children are free in their minds like the earlier generations never were 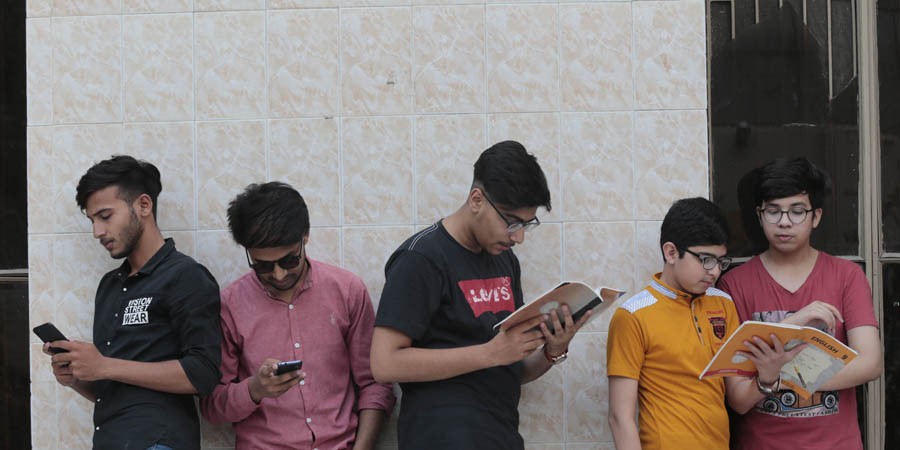 I belong to a generation of people who saw the world change drastically as they entered their 20s. When I say drastic, I mean earth-shattering and mind-blowing. Ours is the generation whose children were born after the dawn of the new age. There is stuff that is bound to happen. Good stuff; but at times mind-boggling, nerve-wracking stuff that our parents probably never had to encounter.

Some would say, what can be better than having children who understand this newfangled world of technology like we never did, nor will? Children who can talk to their elders in a smooth, friendly manner without crossing the boundaries of respect, I’d say. These children somehow have an inborn ability to magically wiggle their way out of every obstacle they face. I would even say that they are a generation of solutions.

Let’s see what we have on our hands. These kids are native technology users. Tech is second nature to them. They’re living with the new norm of tiring school drills and tight security measures. They know how to build their connections digitally. They might possibly feel more compatible with someone their age in Germany than their own cousins right here in Lahore. They’re connecting to people around the world in a way we could only dream of when we were their age -- and to be honest, still aren’t comfortable with.

They seem less affected by societal pressures, and more open and accepting of religious, cultural and ethnic differences. They are more exposed to the world, by virtue of which they’re much more accepting of non-traditional family structures than we ever were. They do not care about getting married by a certain age and are less excited about starting families as they’re genuinely distressed about the future of the planet.

While they’re much more (visibly) protected than their parents were as kids, these children are free in their minds like the earlier generations never were. Their childhood is not like ours was.

Of course, not everything is hunky dory with these kids. A downside of being overly protected is that these kids are mostly deprived of the fun we took for granted when we were kids. Playing unsupervised on the streets, climbing trees, taking a casual stroll on the road is like a long bygone fable to them. It is beyond them to even imagine a place now where children could ever have that much freedom.

While our kids are attaining mental maturity much earlier than we did, they are not as sensitive to their physical surroundings. They’d sit in an unclean room for hours, not being bothered about it. They are immersed in the digital world, they have lost respect for the physical one that surrounds them. A 16-year-old today might know more about the world than a 20-year-old did in our times, but, in terms of responsibility, they’re not quite different from the way we were at the age of 10.

As our children were the first ones to be born in a changing world, we were the first to become parents in the new age. No one before us had mini human robots to deal with. But in our effort to berate ourselves, we forget at times that we, the late Gen Xers and early millennials (sometimes known as Xennials) have a unique position in the society. We are perhaps the last remaining human link to the analogue world.

We vowed to raise our kids in a manner different from that of our parents. But since we are so incredibly confused between the parenting style of our parents and our own, we sometimes tend to turn the not-so-important things into a problem. We also tend to downplay the significance of the nice stuff in our lives, like having kids who are so far ahead of us in every manner. But maybe this attitude is an automatic by-product of adulthood.

I believe it is futile to use traditional measures to bring these children up. As parents, it is perhaps better for us to accept that both despite us and because of us, the generation we are raising right now is very different from any we’ve known. And maybe we are doing a good job given the ‘less than sufficient’ resources we have at our disposal.

I also believe that to grow, kids need to feel sadness and boredom at times. They need to hear "no," at times, even when it’s easier for the parents to say "yes". They need to taste failure as it is through failure that they grow; failure is sometimes the biggest gift.

My son, who’s also my youngest child, turned three this year. I am told he belongs to a new generation of children called Alpha -- the first generation to be born ‘completely’ in the digital age. Stranger times beckon us. Perhaps it’s time for us to pat ourselves on the back and soldier on.