Sons of the screen

With every man for himself, and sky as the limit, the youths of today live with immeasurable inner chaos 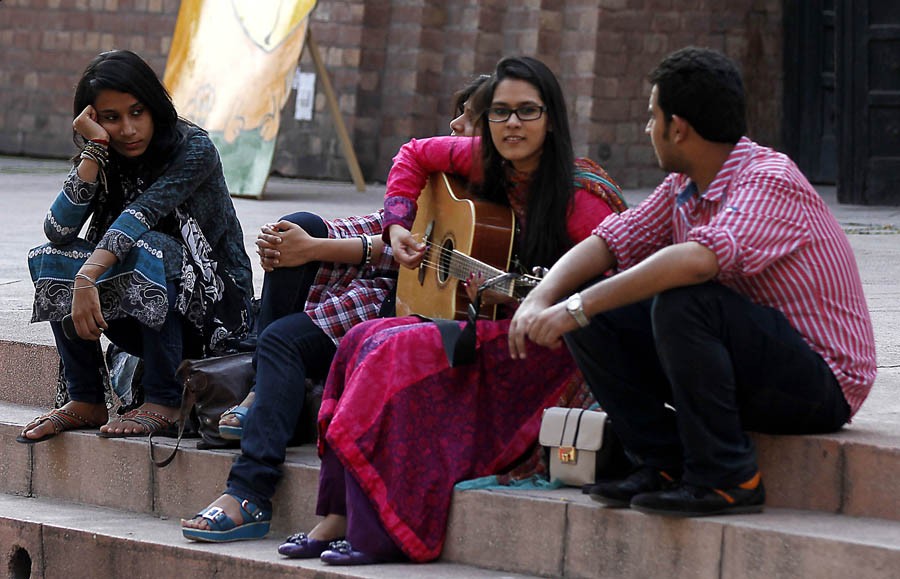 "This is a snowflake generation. Fragile and thin-skinned, this generation knows nothing of the hardships of the past."

The elders have spoken. These words of inviolable wisdom are passed from every father to son before the father tapers off into a long-winded tale of walking barefoot with a bag full of stones to a school across a barren dessert. These among other stories of rising from humble beginnings, surviving near-fatal destitution, and, perhaps, saving whole villages are read out loud, from the parents’ silver-spoon handbook, to every successive generation and Gen Z is no exception. These serve to remind angsty, mid-pubescent youngsters that they are like dandelion flowers that could disintegrate at the slightest breeze of hardship, flailing away on their degenerate, weak-willed course (wherever that meme marred, bitcoin built course may lead). One often overhears millennial mothers gossiping how hypersensitive, anxiety-prone, social media-addicted Gen Z is too comfortable pushing the boundaries, …pushing too far. That the half-ungrateful, half-oblivious youth has wandered into the technocratic universe without the values and morals of the past. Is it true? Are the hyper-multitasking entrepreneurs, who can search, sort, extract data from diverse situations and support it with cleverly-crafted relatable memes within nanoseconds, really incapable of carrying the baton passed to them by the millennials?

In Egyptian mythology, Osiris, a king of Egypt, is overthrown due to his complacency with the law. It is the destiny of his son, Horus, to restore his father’s rule with him. This father-son union suggests that social order challenged by demands of new time can be reformed and be the basis of a new structure to keep a society from disintegrating. As Gen Z steps into a social order constructed by the millennials and tries to find its place in it, the most important question is what is it inheriting? During the early 2000s, global recession, war on terror, and political repression under President Musharraf defined the world for Pakistan’s millennials as they came of age.

This saw an increased anti-authoritarianism, a consequence of the faltering trust in the dictatorial regime. This generation, riding the cusp of the millennia, adopted a ‘progressive’ attitude, claiming the right to individualism and equality. Media and music saw a resurgence of punk subculture, third wave feminism called for gender equality, and a technological revolution led to rapid globalisation.

Abortion, gay rights, civil rights, diversity were their issues for riot and rebellion. Minorities demanded assimilation. These men and women were born and brought up in a capitalistic and democratic state and were now demanding their place in it, unlike their ancestors in imperialistic regimes. As state was established as the unequivocal sovereign authority regulating everything from legal to communal affairs, much of the past dependence on religion and culture for ethics and values diluted.

Gen Z enters the narrative when all the work has been done for them, with their MacBook Pro teleporting them to conferences and the mindfulness podcasts blessing them with spiritual awakening.

Gen Z enters the narrative when all the work (although far from ideal) has been done for them, with their MacBook Pro teleporting them to conferences and the mindfulness podcasts blessing them with spiritual awakening. Taught and trained to be modern empiricists with all the necessary data riding their fingertips, Gen Z has learned to think in a different way. Deconstructing every dogma and challenging every injustice, Gen Z claims right to freedom of expression and liberty like no other generation before it. Unprecedented diversity and expansive views of the role of government leads to exposure of diverse perspectives that challenge the claims of any particular worldview, religion, or ideology. While access to everything is easy to come by, binding acceptance of anything is not so much. The multiplicity of perspectives, each with supporting arguments, makes it hard to stick by one.

Relativism has bewitched the distracted, dissociated gaze of our young adults: for them truth is subjective and nothing is binary. The radical leftist of the previous generation blurred many boundaries and the sudden flood of information washed them away. Today, gender appears fluid and religion a choice. Unlike the previous generations that were constrained by religion, culture, traditions, or authority (all of which suffered the brunt of the millennial movements), this generation lives without a homogenous core value system. With every man for himself, and the sky as the limit, the youths of today live with immeasurable inner chaos, which in many ways is more painful than crossing that barren desert barefoot which their fathers talk of.

Sons of the screen 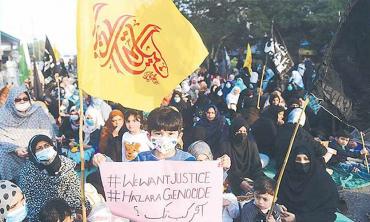