While patriotism is driven by plurality, nationalism is exclusionary 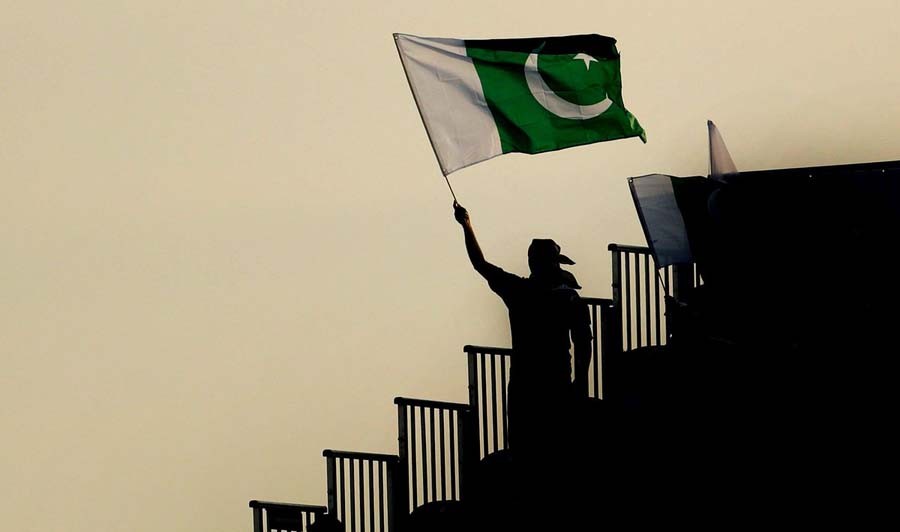 Writing in these pages a few years ago (September 12, 2015), I had contended that patriotism is a hollow concept, which due to its Euro-centric roots, becomes even more problematic and abstract when transported into an ideological polity like Pakistan. I had argued that ideological states are counter-posed against the idea of nationalism, but those defining the ideological frontiers of the country end up guarding the frontiers of patriotism as well. At the time, I had believed that patriotism in its crystallised formulation ended up as nationalism, which in our context translates into jingoistic nationalism of the strictest and most exclusionary kind. To simplify, I believed that patriotism and nationalism were inseparable, therefore being a patriot naturally led to becoming a rigid nationalist.

Recently an interview of political psychologist Ashis Nandy made me revise my contention. Published in "The Caravan: A Journal of Politics and Culture," the interview has Nandy claiming that "one generation will have to bear the cost of what Modi has done." He locates the cause of Modi’s rise as a populist leader in Vinayak Savarkar’s political theory of a masculine state, which implies that the state plays not just a robust, but a defining and all-encompassing role in the lives of citizens. Nandy argues that in such a case, "everything, including nationalism, is supposed to be subverted to the masculine state."

A masculine state is one which crushes the narratives of all underprivileged segments of society, not just women. Nandy’s thoughts seem to me to be eerily similar to those of Rabindranath Tagore, who in a small book on nationalism (1917) argued that the nation is the political and economic coming together of people "organised for a mechanical purpose" and that among the members of such a nation "the only common bond is usefulness." Nandy seems influenced by Tagore, and extends these ideas to the current context in his interview. Tagore’s thought seems worthwhile in this framework for understanding nationalism in the subcontinental context, so it seems relevant to reproduce them here.

Reading this interview, therefore, got me thinking about the separation of patriotism and nationalism, which I will try to explore further in the rest of this article. In short, I think that patriotism is driven by an urge for plurality and inclusiveness, while nationalism is exclusionary and homogenising. This leads to the intriguing question of what plurality of patriotism means.

Patriotism locates itself in a relatively limited space. I was born in the geographical boundaries of Pakistan. I like the cultural markers that distinguish me as a Pakistani. I prefer my national dress when I am at home. I love the food and tastes that are indigenous and peculiar to the geographical location I have inhabited for most of my life. This is what being patriotic means to me: I have a cultural affinity with the geographical locale and I take pride in my roots as a cultural phenomenon, not as an ideological one.

Nationalism, meanwhile, in its jingoistic Pakistani version especially, but also in the context of Islamophobia in the West and a BJP-led India, emphasises the ideological boundaries of statehood, and imposes the homogenised and universal belief that the state and its ideology are sacrosanct, and must be defined by the state itself, and not anyone else. The state, thus, is always excluding, by coercion, by juridical intervention, or by cultural manipulation, those members of the nation who dare to disagree -- even partially -- with the masculine state’s ideological paradigm. Therefore, nationalism, or state-sponsored and state-approved nationalism to be more precise, no longer remains a necessary offshoot of patriotic belief, but becomes rather the binary counter of pluralistic patriotic impulse. This is the crucial revision that I have made in my own contention after reading Nandy’s interview.

I believe that apart from Canada to some extent in our present world, no country really endorses or promotes pluralistic patriotism. We have seen the suppression of pluralism not only in the rise and success of Hindutva in India and in the violent suppression of nationalist aspirations in Jammu and Kashmir, but also in the rise of Donald Trump in the US, in the bans on Islamic and other religious headgear in scattered parts of Europe, and in the flawed state policies in erstwhile East Pakistan that led to the secession of Bangladesh.

Another aspect of patriotism that is of interest to me here in the context of Muslim history in South Asia is the question of how the idea of hub-ul-watni was engendered in the Muslim consciousness of 19th Century India. This was promoted through mushairas held to extol the idea of hub-ul-watni (which I would prefer to think translates as patriotism) where watn meant the geographical boundaries of British India. Ironically, this patriotism which was founded on the pluralistic cultural ethos of Muslim India then became more rigid and ended up being translated as exclusionary nationalism leading to Muslim separatism. This debate will be taken up at some other time.

I have been intrigued by Nandy’s idea that nationalism and patriotism are separate entities, which to my reckoning builds on Tagore’s understanding of the nation as the commonality of political and economic interests. The fact that such a flimsy and accidental formulation as a nation then gives rise to exclusion, suppression, violence, and separatism seems to me to be the result of statecraft which limits itself to abstract ideological impulses, and not to more concrete cultural and geographical imperatives. Perhaps, then, rather than nationalists, we should be looking for patriots.