A train to CPEC 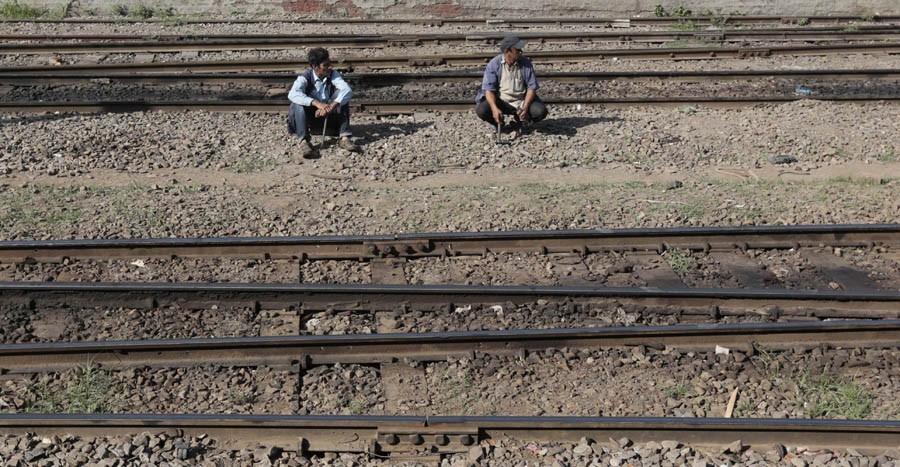 Firstly, the plan was about to take off in the mid of 2017. Then, it was declared a non-starter as many high-ups believed it would be abandoned by the new government. In fact, it was put on the back-burner. Now, this much delayed but strategically important scheme again comes into the limelight.

According to a monographic study, "Pakistan Railways Transport Planning 2014-2030" the PML-N government planned to execute Main-Line-I Project of the Pakistan Railways from Karachi to Peshawar in three different phases which covered around 1872km long route in 2015-16. But the current Pakistan Tehreek-e- Insaaf (PTI) government amended/reviewed the previous plans with the Chinese partners, ultimately splitting the multi-billion projects into many parts; which were otherwise some of the largest projects under the CPEC. The projects will now take about six years to complete if the plan goes ahead.

Railways authorities say a PC-I of ML-I Project plan has been sent to Ministry of Planning Commission under which the federal government pledged to release around $8.2 billion for the execution of this plan. But key details of the proposed projects, if there are any, are being kept confidential. It is not clear yet what goods would Railways be carrying under the CPEC route instruments and how much of a source it would be for big revenue. What is the exact Memorandum of Understanding (MoU), if there is any, for CPEC-Railways? No one knows about any of this.

TNS got some exclusive details about ML-I according to which the scope of the project envisages laying of a brand new double track from Karachi to Hyderabad on a new alignment, induction of 50 locomotives, induction of 300 passenger coaches, 2,000 freight wagons and establishment of a dry port near Havelian.

Informed officials say that on the completion of ML-1, Railways will reap up the advantages of increase in speed from 65-105 km/h to 120-160 km/h, increase in line capacity from 34 to 171 trains each way per day, increase in freight volumes from 6 to 35 million tons per annum by 2025, increase in passenger trains (ex-Karachi) from 20 to 40 per day and an increase in railways share of freight transport volume from 4 to 20 percent.

A part of new Railways line from Gwadar to Jacobabad and Quetta via Besima, 1,328km, with an estimated cost of $4.5 billion was also planned by the government.

Officials engaged in CPEC-Railways proposed projects say the previous government planned projects worth US$12 billion estimated expenses for the execution of harvest projects, namely Lahore Mass Transit System, Quetta Mass Transit and Greater Peshawar Transit System. Implementation of planning for massive projects related to CPEC-Railways was about to take off but the government changed in July 2018. The brain behind these proposed projects was the then Railways Minister, Khawaja Saad Rafiq, and the then head of the projects Ishfaq Khattak, removed by the present government.

Muhammad Hanif Gul, an official who was looking after the Mass Transit Projects of Quetta and Peshawar was removed by Railways Minister Sheikh Rashid. "Abdar Khan, Railways traffic specialist was also removed from the project responsibilities earlier this year," adds the official TNS spoke to.

Among other projects linked to Railways is Havelian Dry Port for the purpose of customs clearance with an estimated cost of $40 million, officials tell TNS. The Havelian Dry Port is being built in the vicinity of Baldhair Railways Station, about five kilometres from Haripur city.

The project has been designed, officials say, to meet the demand of the containerised future freight traffic between China and Pakistan under CPEC projects. Construction of new Railways lines from Peshawar to Torkham and up-gradation of Walton Academy Lahore was also a part of this project. It includes the Landikotal/Torkham route connecting Peshawar with Attock City. "Reconstruction of existing ML-2 short and long term with water hazard treatment, the overhaul of track and Kundian, Layyah, Mianwali, Indus Highway Railways stations are also included to these plans," add the officials.

New Railways line, 560km, from Quetta to Kotla Jam on ML-2 via Zhob and DI Khan and reconstruction/up-gradation of Quetta-Taftan Railways Line, 633km, are also part of the proposed projects.

A part of new Railways line from Gwadar to Jacobabad and Quetta via Besima, 1,328km, with an estimated cost of $4.5 billion was also planned by the government, officials inform. Credible sources tell this correspondent that the new government was contemplating to exclude the component of building a new 163km long double line between Karachi and Hyderabad and the Havelian-Textile rail track from the ML-I project due to the scarcity of funds.

Sources say that ministries of Planning and Railways have a different viewpoint on the proposed projects, ML-I in particular. Railways ministry wants to execute works on the said project into two phases at an estimated cost of $3.4 billion for Phase-I and $4.8 billion for Phase-II while Planning Commission has recently suggested that the project may be implemented in three phases, instead of two, due to budgetary constraints and the estimated cost of Phase-1 should be curtailed to absorb its budgetary impact on the PSDP (Public Service Development Project).

"The new phasing, on the request of Planning Commission, may be presented to the Cabinet for approval after taking views of all stakeholders," sources add. The ministry of Railways, however, proposes that the Cabinet Committee on CPEC may decide the modalities and terms of financing for the project to treat the loan as Central Loan or any other mode of financing. Loan negotiations may be initiated with the Chinese side after the approval of PC-I of Phase-I of the project, the ministry’s proposal further states.

On the dismal progress on Railways-CPEC proposed projects, Mushahid Hussain, who has done research on this issue says Railways, with the proposed $8.2 billion ML-1 project of up-gradation and dualisation of the railway track from Karachi to Peshawar could be the backbone of CPEC, since it would be the biggest modernisation programme in our Railways’ history since Independence. "The biggest impediment is the mess in our Railways and the capacity to undertake this project on such a scale. Railways transportation is the cheapest for cargo and China today leads the world in running Railways with unmatched quality, scale and speed," he tells TNS. This ML-1 project would kick off industrial development, generate jobs and promote connectivity," says Hussain.

Neither officials of the ministries of Railways nor Planning Commission responded to queries pertaining to CPEC and Railways projects. Till the filing of this story, Railways Minister, Sheikh Rashid, and Planning Minister, Khusro Bakhtiar, did not respond to this correspondent’s queries.

CPEC Project Director Railways, Basharat Waheed, says that "the overall project, i.e. ML-1 upgradation has been planned and its PC-I has been sent to the Planning Commission. The government has also allocated around Rs4 billion for this project." Other finances would be met through loans from Chinese partners. Contractor would be from China as it was agreed upon between the two parties, he tells TNS. Work on this ML-I project, would most likely kick off by the next year, he adds. About other proposed Railways-CPEC projects, he says it is not clear yet whether they are still under consideration or abandoned by the top authorities.

A train to CPEC