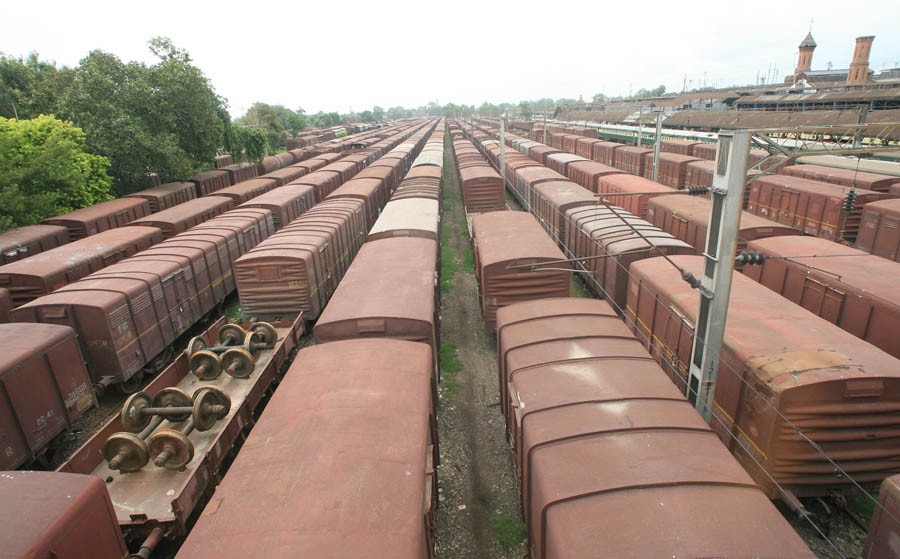 The deficit of Pakistan Railways seems difficult to be brought down. This was stated by Railways officials to the National Assembly’s Standing Committee on Railways about a month ago.

Pakistan Railways suffered a loss of Rs28.62 billion during the first eight months of the Pakistan Tehreek-e-Insaf (PTI)-led government, while six out of 10 newly launched trains were also incurring loss.

The loss is because of multiple reasons. Pakistan Railways is providing subsidised fares to passengers across the country. Concession is also being provided to citizens who are more than 60 years in age. The department does not charge fares from children under 12 years of age. Subsidy is being given to journalists as well.

"To earn more revenue and facilitate passengers, Pakistan Railways has launched 10 express trains and four eight freight trains," says Quratul Ain Director Public Relation (DPR) Pakistan Railways. According to her, Pakistan Railways earns around Rs30 million on a daily basis by E-ticketing 70 trains (Up and down). It is also considered a major source of earning.

According to the official, employees of Pakistan Railways also enjoy concession in fares. She says most of the revenue is spent on the salary of employees and pensions of retired employees. "The sources of revenue of the Railways department are passenger and freight trains. Scrap, coal, cement and other commodities are transported from Karachi to other cities of the countries by freight trains. The department is improving freight facilities and trying to capture goods market but the progress is slow," she admits.

Quratul Ain says the department will ensure on time arrival of freight trains which is the major concern of customers. "We transport oil through our goods train. We are continuously busy to bring improvement in the department."

According to her, it has been noticed that some passengers travel without tickets. "More than 200,000 people were caught travelling without a ticket during the last five years. Fine was imposed on them which were deposited in the government’s account."

DPR says Pakistan Railways generates revenue from its land and property, which was given on lease to the people. "The government has directed state-run Pakistan State Oil (PSO) to use Pakistan Railways for fuel transportation as it offers up to 26 percent lower fares compared to transportation through a pipeline or road."According to agreement, PSO will transport 2 million tons of oil per year through Railways."

Hafiz Salman Butt, union leader, Pakistan Railways Employees (PREM), says while talking to TNS that subsidised fare is the right of passengers. In the whole world, passengers travel in public transport on subsidised fares, e.g, in India with a huge population. "It is the duty of the government to reduce this deficit by enhancing freight trains," he adds.

Usually, freight trains generate revenue. Unfortunately, the government is not earning from its freight trains. "All businessmen used to send their goods, including coal, cements, and other raw material through goods trains in the past when the situation of Pakistan Railways was good."

Butt says on time delivery of goods is considered very important in the business community. The freight trains reach late at different stations. "The businesses suffer because of late arrival of goods. In this situation, businessmen shifted their business to other sources of transportation like road managed by the National Logistics Cell (NLC).

Businessmen change their mind according to favourable environment and facilities. "Railways was earning good revenue till about 30 years ago. The same revenue is going to NLC today because of incompetency of the government," adds Butt.

Trains reach at their destination late by 20 to 36 hours. Too much delay cannot be afforded by passengers and businessmen. That is why they rely on other sources of transportation.

He criticises government policies and the fact that in the Pakistan Peoples Party tenure, the ministry of Railways was given to a person who ran a road transport business. "The minister did not pay heed to the department. Nothing was done for the improvement of the department."

According to Butt, land and property belonging to Pakistan Railways has been encroached by powerful mafia. "After recovery of encroached land, income can be spent on the welfare of Railways workers who will work more diligently and with commitment."

Also read: IT is Railways

The PML-N government takes credit of reviving cargo operations of Railways. Interestingly, a document titled, Success Story 2013-2018 is available on the Railways website in which the performance of the former government has been celebrated. It says that in June 2013, when the PML-N government took over, only one freight train used to move per day on an average whereas in FY 2017-18, the number of freight trains reached 12. It says the number is expected to increase further as Pakistan Railways has started supply of coal to Sahiwal power plant.