Global, but not enough 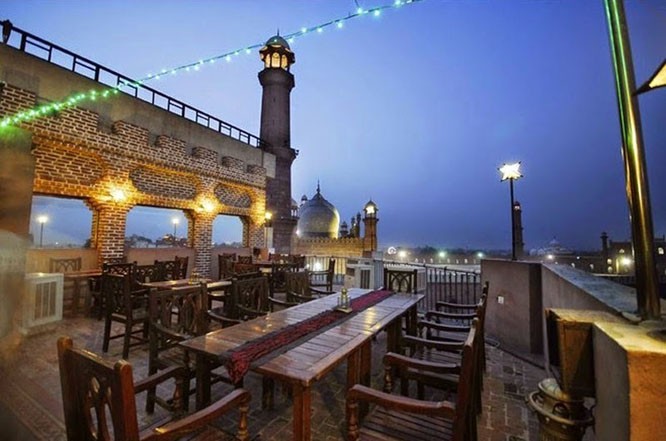 I have been to Lahore countless times and have lived here for two years when I was pursuing my intermediate from the Government College University (GCU). I find Lahore so fascinating that the more I visit it the more I love it. My love for Lahore only increases every time. I never get bored of this amazingly diverse city which has so much to offer.

When I was a kid, "Lahore is special" sounded like a cliché to me. I used to think Lahore’s just like any other city -- massively crowded and badly administered. The cliché stayed with me even during my college days when I was living here. Lahore’s absence and uniqueness was felt once I left the city.

I have been to the New York City, Washington DC, Seattle, Portland, even Karachi and Islamabad, and still I find Lahore so fetching. The greenery of the Mall Road, and the shadows of those tall trees along the canal, the river Ravi, and acres upon acres of the fertile (agricultural) land… Lahore best represents the Punjab, which is what differentiates it from the aforementioned cities. I don’t think NYC would represent the people and cultures from its naturally beautiful New York state. NYC is a global city and attracts international travellers where the locals of the small state would hardly find anything to relate with. The same holds true for Karachi where Sindhi culture is hardly visible, at least in Karachi’s architecture. One does not feel like a Sindhi when one visits Karachi.

Lahore is global, yet not global enough to disassociate itself from Punjabi, Mughal or Muslim cultures.

When I visited Lahore this winter, I found it crowded as compared to what it was back in 2015. I wondered how Lahore would be tackling the massive influx of students coming in from other parts of the country. But Lahore continued to amaze me as the city’s freshness and beauty not just remained constant but actually grew.

The city’s architecture is a great amalgamation of history, politics, natural beauty, and what not. History is visualised and sensationalised when one visits the Badshahi Mosque, Shalamar Bagh, Anarkali, Urdu Bazar, and the Old Lahore with its narrow streets. If one visits the great Mughal’s mausoleums, one can imagine how the Great Akbar or Aurangzeb would have used the immensely open and largely echoed space for the basic operations of the palace affairs.

The fantabulous aura of Lahore reaches its zenith if you are having traditional Lahori dinner i.e. Chicken Karrahi, at any of these restaurants, and then you listen to the melodious azaan (prayer call) from the nearby Badshahi Mosque.

Lahore’s historical buildings are a classic way to look at the Mughals’ obsession with Islamic architecture and natural beauty. These graceful public spaces still exhibit the great richness and dominance of the Muslim/Eastern culture in our part of the world.

Having dinner at Haveli or Andaz or Cooco’s Den is a must if you want to have a bird’s eye view of the city. The fantabulous aura of Lahore reaches its zenith if you are having traditional Lahori dinner i.e. Chicken Karrahi, at any of these restaurants, and then you listen to the melodious azaan (prayer call) from the nearby Badshahi Mosque.

The dholki guys singing different qawwalis are also seen at the five-star restaurants, outside the Badshahi Mosque, and at many public spaces in the city. They reflect the Mughals’ love for classical music and Urdu poetry. What these guys have is a small drum with two, three singers. They try their best to imitate the styles of Nusrat Fateh Ali or Aziz Mian, or other classical singers. Thanks to these young Nusrats, the culture of Lahore is kept alive.

Global, but not enough