The rise and fall of Hasan Ali

The current year has been the worst in the pacer’s international career as he has taken only seven wickets in 12 ODIs, at an abysmally poor average of 82 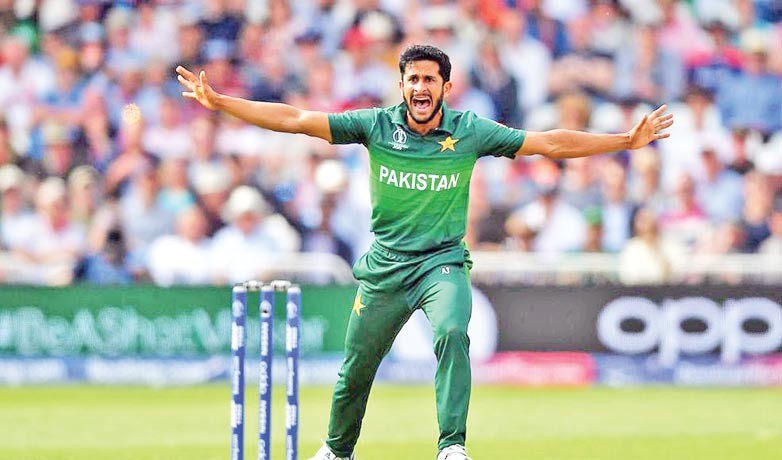 Fast bowlers always play a vital role in the success of any cricket team. They are the front-line soldiers to attack the opposition.

Without the positive role of fast bowlers, a team’s success in any game, especially in ODIs, is too difficult.

Pakistan cricket has been lucky to have great fast bowlers right from the beginning. From Fazal Mahmood to Mohammad Amir, Pakistan has produced many world-class fast bowlers, Imran Khan, Wasim Akram and Waqar Younis being on the top of the list.

It was because of the fast bowlers that Pakistan won so many matches despite having a fragile batting line, not only at home but abroad too.

On August 18, 2016, a 21-year-old fast bowler made his ODI debut against Ireland. In his first ODI, Hasan Ali failed to take any wicket in five overs. But soon he became a permanent member of the team in limited overs sides with his steady performances.

He is one of the best fast bowlers in current Pakistani squad. Reverse-swing, slow balls, solid yorkers, and a skiddy bouncer are his potent weapons.

He was picked for the national team after his performance was noticed in the first season of Pakistan Super League (PSL).

With his outstanding performance in 2017, Hasan became the number one bowler in ODI cricket. He jumped up six places, displacing South African spinner Imran Tahir from the top position.

This year has been his worst. He has played 12 ODIs and taken only seven wickets at an exceptionally high average of 82.14.

Hasan remains the fastest Pakistani to reach the 50-wicket mark in ODI cricket. He did so in just 24 innings.

Two years back, Hasan was called Pakistan cricket’s golden boy. Now there is little movement in his deliveries.

The management and the skipper were sure he would play a key role in the World Cup. But unfortunately he has failed to show glimpses of his past performance so far.

In the match against India last week, Hasan failed miserably. He lost his line, length and control on the ball, as a result conceding 84 for one wicket in nine overs. Indian batsmen hit him for eight fours and three sixes.

The last time he took more than one wicket in a match was back in November 2018. In last 20 ODIs, he hasn’t taken a three-wicket haul, his best being 2-19 against Hong Kong in Dubai.

In the first phase of his career, Hasan would often have the relative luxury of coming on to bowl with a wicket or two down. Only seven times out of 24 innings did he come on with the opposition opening pair still batting. In those games, he averaged 25.43 but when a wicket or two were down, he had an average of 16. It means Pakistan’s lack of success with the new ball has affected Hasan’s performance.

On the other hand, Mohammad Amir is performing well in the World Cup. Amir has proved that he is a big match player. Before today’s encounter against South Africa, Amir has taken 13 wickets in four matches at an exceptional average of 13.07. But he didn’t get support from other bowlers that cost Pakistan matches, especially against India.

Seeing this resurgence of Amir after a terrible 2018, we can certainly hope that Hasan too will get his rhythm back. They say form is temporary but class is permanent.

The rise and fall of Hasan Ali