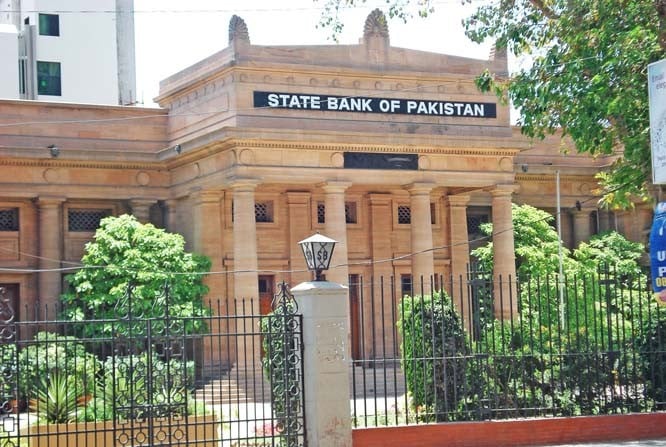 Undoubtedly, central bank’s relation to government is very complex -- accountable yet independent. The two have very different policy objectives and options. For example, treasury preferred policy of low policy rate lowering the cost of public borrowing which may boost public expenditure, and economic growth. However, it may create higher inflation. Similarly, the treasury preferred overvalued rupee for political and economic reasons, including lower import etc. However, it distorts external competitiveness. Trade-off between monetary policy and treasury choices is created.

Independent choice and implementation of policy decisions of central banks depend on de-facto autonomy of the bank. Countries across the world, therefore, have been implementing reforms to safeguard central banks against any political influences engrained in treasury’s control over management appointments and budgetary allocation. The recent happenings however illustrate that control of government/treasury over the State Bank of Pakistan has increased over the time.

The latest episode of forcing SBP governor to resign demonstrates serious fractures in the governance of monetary policy in Pakistan. It has direct bearings upon the so called independence of SBP. Why the SBP Governor has to go, remains unclear? But let’s just take two possible reasons. Accepting bad monetary policy argument, even if true, is virtually licensing the government to sit on SBP. Every government will use its own definition of bad policy to influence bank’s agenda. Similarly, the argument that new economic mangers want new team is equivalent to controlled aligning of monetary policy with the objectives of treasury. Similar holds true for any other reasons whatsoever.

July 6, 2018 was yet another important illustration of political influence of treasury. The treasury, in response to fall of rupee to 108.25 a dollar on July 5th, virtually took over monetary policy. The then finance minister called and chaired meeting of presidents of commercial banks. Decision of SBP to let market determine the value of rupee was reversed forcefully. The then deputy governor SBP lost his job for taking the step for which he has legal mandate. It is governor SBP losing the job in 2019. More than the new appointments, it is a display of fractures in monetary policy governance.

SBP act of 1956, lastly amended in 2015, empowers SBP to take and implement its decisions independent from any political influences. However, SBP lacks de-facto autonomy because of multiple factors. First and foremost, discretionary control of treasury to appoint governor SBP serves as main tool for political influence. Governments mostly appoint the individual serving treasury objectives better. Commitment to hold the rupee strong in last couple of years presents one such example.

A check on control of the government over appointment is therefore first and foremost consideration. The government must be asked to nominate three names rather than appointing the governor directly. Final selection of governor, from nominations, must be approved by an autonomous body. It may be Senate’s standing committee or any other body. Furthermore, clearly defined criteria for the position of governor SBP will also limit the government’s political choices to some extent.

In USA, the members of Board of Governors [BoG] select the Fed’s chairman. The BoG members are nominated by president and approved by Senate with a tenure of 14 years. Similar arrangements can be made for in Pakistan. The prime minister nominates the members of committee/BoG and Senate approves nomination. The tenure of BoG membership must be fixed and more than the tenure of government. This will eliminate direct control of treasury on appointment of SBP governor.

Second, governor SBP should be appointed for a period more than the government’s tenure. Ideally, the governor must be appointed for once and all seven years with no reappointment. This will allow the bank implement its decisions independent of political tinkering. It will also reduce the motives to serve objectives of treasury for second term nomination/appointment. All these factors will restrict the choices of government to influence the appointments. Taking the resignation, as happened in recent move, will not ensure government’s control on final appointment.

Third, voting power of treasury in management and monetary policy decisions must be brought to a balance. Presence of members from government in board of directors twists the balance completely towards fiscal dominance when governor is government appointee and when secretary finance sits in board for policy making. Similarly, in monetary policy committee (MPC) academics are taken from public universities which are generally appointees of treasury.

This balance can be restored by extending the monetary policy decisions making and bank’s management bodies through inclusion of representatives from policy think tanks, civil society organisations and independent private sector academic intuitions. Also, secretary finance should be asked to sit as an observer with no right to vote. Similar holds true for Monetary and Fiscal Policies Coordination Board chaired by finance minister. This set of arrangements gives a feel to the finance minister that he/she has the legitimate right to alter or influence monetary policy. These arrangements need to be changed.

Fourth, safeguards can be arranged to minimise the political influence coming from the government’s control over budgetary allocations. Fed’s model of self-funding can be studied in this regard and some suitable mix can be agreed upon. But this seems to be a long term process. For immediate steps, arrangements in place for judiciary can be a guide in this regard. Judiciary functions independently despite the government’s control over budget. Similar arrangements can be made for SBP.

Finally, SBP needs to create its audience. One can notice that monetary policy statement, despite all its significance, always goes almost unnoticed in academic circles and civil society organisations. Presently, masses are detached with monetary policy, and they consider fiscal policy as the only economic policy operating in the country. It is for this reason that interventions in exchange rate liberalisation went unnoticed. SBP must frame monetary policy in a way that common man feels associated with it. This can be done by highlighting the developmental impact of changes in monetary policy. SBP needs to go beyond inflation and economic stability slogans.

Central banks advise governments on policies. Autonomy of bank is fundamental in this regard. To let this happen, a clear line needs to be drawn on the limits of treasury. The thinking that we know better than SBP must be occluded. The governments in Pakistan need to value independent and objective advice of SBP on monetary policy. Otherwise, economic crises will continue.