The idea of history 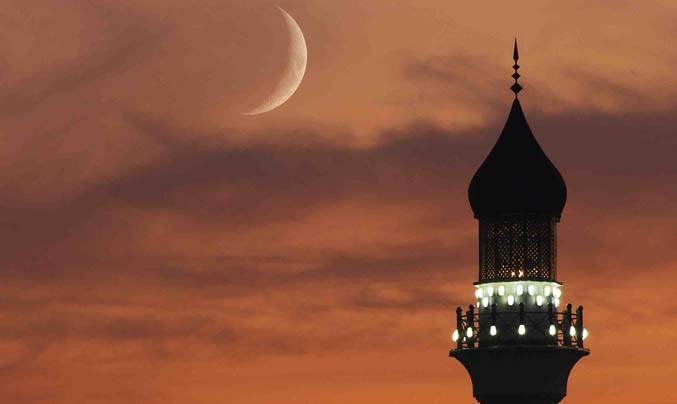 Any human attempt to separate truth from the uninterrupted flow of time constitutes history. This statement may seem convoluted to the extent of absurdity, as one scholar told me the other day. However, at the risk of sounding too full of myself, I must state that notions once denounced as absurdities tend to become acclaimed truths.

The fact that most astounds me is the human bid to keep pace with time, which is constantly in a state of flux, thus by definition not within the grasp of humans. This epistemic challenge of understanding time becomes really hard to surmount when one realises that time’s movement is not linear, but multi-dimensional and simultaneous.

To compound this further, scholars reveal that every moment is impregnated with countless possibilities. The genius among humans can pick a few possibilities from the passing moments of time and unveil newly discovered or recovered truths. These discoveries can be scientific in their essence, or social or artistic in their articulation.

One thing, however, is certain: all these endeavours fall within the purview of history. To sum up this thought, let me say that whenever human curiosity, which I believe is ingrained in the sapiens, interacts with the passing moments impregnated with possibilities, historical sensibility is born.

One component that constitutes this historical sensibility is the memory of the things (facts) that happened in the past, which the human mind has the capacity to organise in an ordered form and preserve, so that these memories or facts can be utilised for the challenges that confront a human. At the beginning of historical time, these facts from the past were preserved in the form of stories, fables and epics, so that they could be easily committed to memory.

One must be mindful of the fact that the revealed (foundational) texts follow a similar pattern. All human experiences, real or imagined, when recorded in any form, took the shape of that branch of knowledge which I am discussing here. It is pertinent to emphasise here that historical sensibility is an all-encompassing phenomenon, and to my understanding all knowledge creation happens only within some intellectual context, which is the historical sensibility I am elaborating here. Particularly since Hegel and Karl Marx, who brought history to the centre-stage of all disciplines of knowledge creation, any theory relegating history to insignificance, even in relative terms, would not survive for long.

What is also important to underline here is that the knowledge extracted from the past helped humans to progress from one stage of social evolution to the next, and eventually to the stage of civilisation. This stage of ‘civilisation’ came about as a result of the cultural confluence of varied genetical and intellectual strands, enabling humans to be conscious of the sublime truth.

One must be mindful of the fact that when any ‘culture’ is synthesised with other cultures or social traditions of some sort, it reaches the stage of civilisation. (Civilisation is a concept which has been vilified in recent history, and people like Ruskin, Gandhi and Spengler were critical of the phenomenon called civilisation because, according to them, it grew at the expense of tradition and robbed humanity of its pristine quality.)

The socio-historical evolution from culture to civilisation is the most vital step in human development, enabling humans to conceive and constitute what we now call the Sublime Truth. The important lesson that one can draw out of collective human experience is that human is stuck with the limitation of ‘time’ and by virtue thereof, history, which is human reflection of time quantified in sequential order. Of course, the linear trajectory of historical discourse has been contested now because the compass of history does have a horizontal expanse, too. This, however, does not reduce the importance of the discipline and idea of history.

Any text, whether revealed or creative, can be fit for human consumption only when it is socio-historical in its essential character. The sacred texts were revealed in particular languages like Hebrew, Aramaic and Arabic when it comes to Semitic religions, which indicate that the historical change, occurring over the period of time was taken cognizance of by Providence. The same can be said about the value system that any religious ideology signifies. Any text meant for humans has to have socio-historical inflection so that the message in question becomes relevant to the human condition.

Therefore, the ‘philosophical’ intent of any religion which is sent for the benefit of humanity, has to be historical in its characterisation. The same holds for literature which draws all its intellectual currents and motivation from historical sensibility. No articulation, whether social, political, cultural, or even scientific, can escape history and the discourses formulated around that branch of knowledge. The creative act is performed by bringing to light, combining and at times re-combining the hitherto undiscovered strands of intellect and insight. Seeing things that are already formulated one way or the other, from a different vantage point is deemed to be creative, which obviously is an act that is history-bound.

These thoughts were initiated by a debate long ago in which Professor Ashfaq Sarwar had posited that the discipline of history was irrelevant to understanding the sublime truth of revealed religion. I will conclude this article by stating that Muslim history is undoubtedly replete with internecine squabbles, intrigue and infighting, which have not served the purpose of Islam. More so, the cultural and intellectual dimensions of Muslim history remained obscure for long and, unfortunately, Muslims have not produced any social theorist of world repute since Ibn-e-Khaldun.

Muslims have churned out narrators, emulators and apologists. The need for analysis and a new social synthesis has not been embraced. One can only hope that this need for "the reconstruction of religious thought in Islam," to borrow from Iqbal, is felt, faced, and formulated by Muslim scholars and theologians. In the face of ever-increasing Islamophobia, the understanding of Islam’s history and its relation to human history is the only way to understand the religion’s sublime truth.

The idea of history