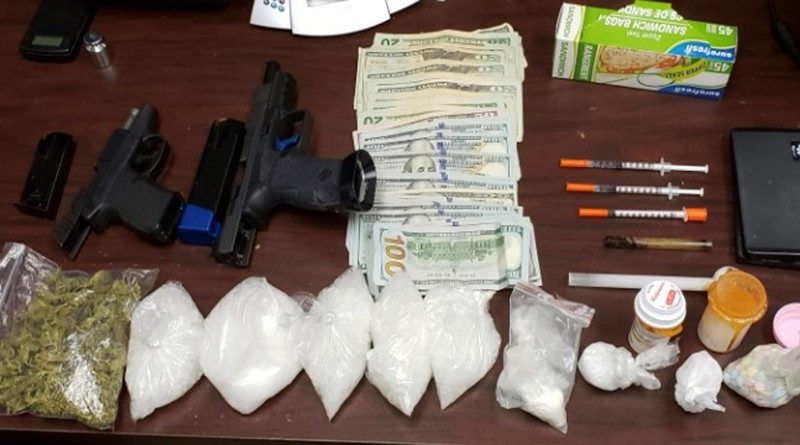 June 26, 2019 marks the International Day against drug abuse and illicit trafficking. The worldwide observance was decided by the United Nations General Assembly in 1987 to raise the level of awareness in the international community about the dangers of drug abuse, to prevent its spread and to encourage all efforts to combat the menace at international level. Each year the United Nation Office on Drugs and Crime (UNODC) selects a theme for the day and this year the theme is: "Justice and health are two sides of the same coin when it comes to addressing drug problems".

Every survey made since the promulgation of Prohibition (Enforcement of Hadd) Order, 1979 [‘Hadd Order’] shows that this nation has been persistently sinking deeper into narco-terrorism -- a term signifying the drug-arms trap. Terrorism and drug trade work in tandem. Since General Zia’s era, the State has been continuously fighting this twin menace.

Narco-terrorism has resulted not only in over nine million drug addicts in 2018 but is also responsible for the emergence of many organised criminal gangs that deal in drugs and arms, kidnapping for ransom, targeted killings, speed money, extortion, and financing terrorists. The unholy alliance of organised crime and terrorist outfits is now considered as serious internal security threats to the State against which huge and costly military operations are undertaken. Militancy, religious bigotry and narco-terrorism are the cancerous maladies that every successive government has failed to combat effectively.

Domestic drug consumption remains an ongoing problem. In 2013, the United Nations Office on Drugs and Crime (UNODC) released the results of a nationwide drug user survey, revealing that Pakistan is home to 6.5 million drug users who consume 59 MT of heroin and cannabis annually. After studying the data further, UNODC revised these figures in 2014 and now estimates that there are actually 6.7 million drug users in Pakistan with the same consumption rate. UNODC also reported that Pakistan lacks the capacity to treat drug addiction and to properly educate its populace about the menace of illicit narcotics.

Statistic reveals that whereas in 1980 Pakistan had 5,000 heroin addicts (hardly any in 1979) out of a total of about 1,24,000 drug users, within eight years of Zia’s regime their number had gone up more than two hundred times to 1,079,630 and the total number of drug addicts reached the mark of 2,244,000. Since then there is an alarming increase of more than 10 percent per year and total number of addicts in 2018 estimated at not less than 9 million out of which heroin users are about 3.5 million. It does not require any expert opinion to convince a concerned citizen that this epidemic is ruining our society, especially the youth.

At present, the daunting challenge faced by the national and international institutions is tackling terrorist financing. The dangers and implications involved in terrorist financing have direct bearings for the established legal and financial systems.

Left with the surplus of opium their owners did not know what to do with their stocks. At that time the international drug smugglers came to their rescue. Within a few months there was a mood of jubilation among the growers that their opium stocks would not go waste and they would earn 10 times more if they had them converted into heroin. The birth of heroin in Pakistan and its local consumption portrays tragic consequences of short-sightedness of the decision-makers. Pakistan provides a horrible example of a country converted into a ‘Kingdom of Heroin’ within a short span of time -- courtesy the tolerant eye and indifference of a martial law regime regarding the (ill)effects of its policies on the public.

UNODC, working in various forms in Pakistan for over 35 years, says that Pakistan is now the destination and transit country for approximately 40 percent of the opiates produced in Afghanistan. Most processing takes place in small, mobile laboratories in the Afghan-Pakistan border areas although increasing instances of processing on the Afghan border with the Central Asian Republics have been reported. The sub-region itself has become a major consumer market for opiates.

Opiate processing on both sides of the Afghan-Pakistan border has created a trafficking and, importantly in the case of Pakistan, a drug abuse problem since the early 1980s. The UNODC estimates that 40 percent of the drugs (heroin and marijuana) originating in Afghanistan are routed through Pakistan heading to China, the Gulf States, Africa, and Europe. Additionally, poppy cultivation in some areas of Pakistan has increased and the country is also becoming a major transit point for precursor chemicals used to produce heroin and methamphetamine.

It furthers reveals: "Money laundering in Pakistan affects both the formal and informal financial systems. Pakistan does not have firm control of its borders, which facilitates the flow of illicit goods and monies into and out of Pakistan. From January-December 2016, the Pakistani diaspora remitted $19.7 billion back to Pakistan via the formal banking sector, up 2.3 percent from 2015. Though it is illegal to operate a hawala without a license in Pakistan, the practice remains prevalent because of poor ongoing supervision efforts and a lack of penalties levied against illegally operating businesses."

Pakistan is one of the world’s top transit corridors for opiates and cannabis, which are pervasively trafficked through the country’s porous borders with Afghanistan and Iran and globally distributed through Pakistan’s seaports, airports, postal services, and unpatrolled coastal areas. In January 2015, after political consensus, National Action Plan (NAP) was issued with the main aim of counterterrorist financing. Unfortunately, the implementation of the NAP has, according to, 2017 INCSR, "yielded mixed results, which is in part due to the lack of institutional capacity as well as political will".

All is not that bad as reported in 2017 INCSR. During the last few years, the Anti Narcotics Force (ANF) has shown progress toward building a resilient, effective, and self-sustaining counter-narcotics capacity in the form of multiple noteworthy seizures and positive anti-drug awareness activities. However, budget limitations continue to hinder counter-narcotics efforts.

At present, the daunting challenge faced by the national and international institutions is tackling terrorist financing. The dangers and implications involved in terrorist financing have direct bearings for the established legal and financial systems. In the absence of comprehensive study of terrorist financing suggesting ways to counter it effectively, it is not possible to uproot the menaces of terrorism, extremisms and militancy that are posing serious threats to politico-legal systems evolved by humanity. Unlike money-laundering which is always preceded by an unlawful activity, terrorism may be financed from the proceeds of legal activities (humanitarian organisations, various associations, donations etc). This makes detection of terrorist financing very difficult, even more so if we bear in mind the fact that transaction amounts involved in terrorist financing often tend to be smaller than the amounts that under law have to be reported to the anti-money laundering office.

As the measures taken to prevent money laundering are not sufficient in the fight against terrorist financing, they have to be supplemented by special measures prescribed by competent international bodies.