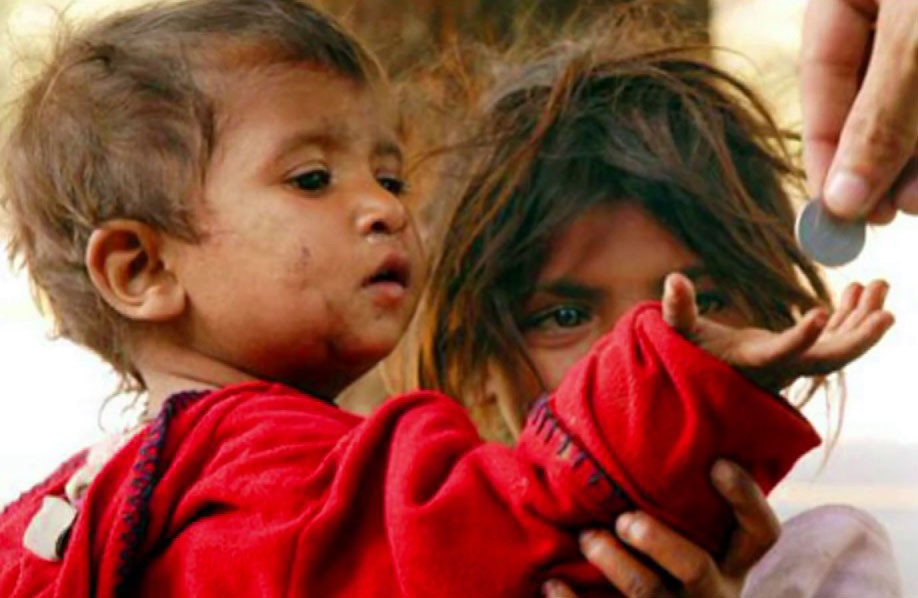 Have you ever followed the gaze of a child; a beggar child, at a shrine? It lurks until it finds a consecrated crowd to climb. Stumbling and slinging across figures contorted over the altar, it waits for a devotee to pull away from the railing, circumscribing the grave.

With his claws full of braided threads and amulets, the spectator targets the wrists and weakened wills of believers, liquidating their pulsing passion into loose change immediately.

One such child ambushed me as I stood in the crossfire between prayers and pennies at the shrine of Laal Shahbaz Qalandar recently. Naturally, I lowered my wrist to be wrapped by a neon red band, and spread my palms to surrender a crumbled bill. No sooner had the child swept away than another emerged offering the same trade. With such prowess he hooked the string around my wrist that I had not even time to fully hesitate. He walked away having fished out the last of what I had. So, when the third child appeared, I had no more to give, yet the little girl raised her arms to tie another knot.

All these interactions were mechanical; not a sliver of emotion, gratitude, or satisfaction welled up on the faces of these children. Yet, they left me swallowing my tears, not at the scarcity of what I had given but at having given at all. Even in the midst of sanctity, I had let my inflated sense of morality be exploited.

Unfortunately, most of these children are beggars disguised as sellers who use religious sentimentality as an exhortation tool. Much like the children who flock to clean car windows at traffic signals, they orchestrate interplay between guilt and obligation in our minds, which is abated by handing them money. However, by falling victim to their manipulation, we promote the vicious circle of dependent living. For us every instance of self-purported magnanimity is no more than a momentary dopamine surge, but for the child it is the reinforcement of neural networks that will ultimately form his behaviour.

For most children, begging is not a choice. For those who are trafficked and trained by mafia gangs, it is a learned behaviour, and for those who inherited it from their parents, it is instinctual. They have known nothing else but to spend poverty-stricken days winding through streets with a stretched palm.

Although, in adults, this hard-wired behaviour is resistant to modification, in children it is preliminary, and flexible. The psychological and behavioral development of a child occurs through the interiorisation of commands, judgments, morals, and values in stages that differ only in the mode of child’s interaction with the external world. That is to say that, in early years, a child receives from outside the example of codified rules, which he internalises through imitation and ritualises through implementation.

In the second stage of character development, termed by Piaget as incipient cooperation, the child’s rudimentary knowledge of laws and the applications of their contents are regulated by those he interacts with. In this sense, the insubordination of the child towards its parents and other adults, joined to its sincere respect for the commands it receives and its extraordinary mental docility rob him of control over his own character formation. Autonomous decision-making is restored much later, when the morals and values that determine decisions have already been ingrained.

Since a child is impressionable to every interpersonal exchange, he is taught to beg not only by his parents but also by members of the society, who occasionally toss a coin in his bowl at their whim, indirectly promoting not only begging but all social ills that feed off of it, including street crime, kidnappings, drug abuse, prostitution, organ donation, and human trafficking.

Although begging is illegal in Pakistan, this law remains largely unenforced perhaps because of the mental dilemma it catapults one into. Empty begging bowls do not end poverty, and as long as the malice persists all one can hope to do is alleviate the effects for some people, on some days.

The little boy at my car window is already destined, by society and surroundings, for a peasantly existence. The most I can do is roll the window down to hand him loose change so he can have a larger morsel of bread tonight, but then my gaze falls onto the three strings on my wrist that remind me of my sacred sin. This time I don’t give him charity, but a chance to change. I talk to him. From a pragmatic perspective the probability of impact from words is low, but rather than passing by with a stolid expression, I can return advice. Maybe from amongst a hundred, all that the one child was waiting to hear was that he had the option to NOT beg.