Vying for unity in adversity 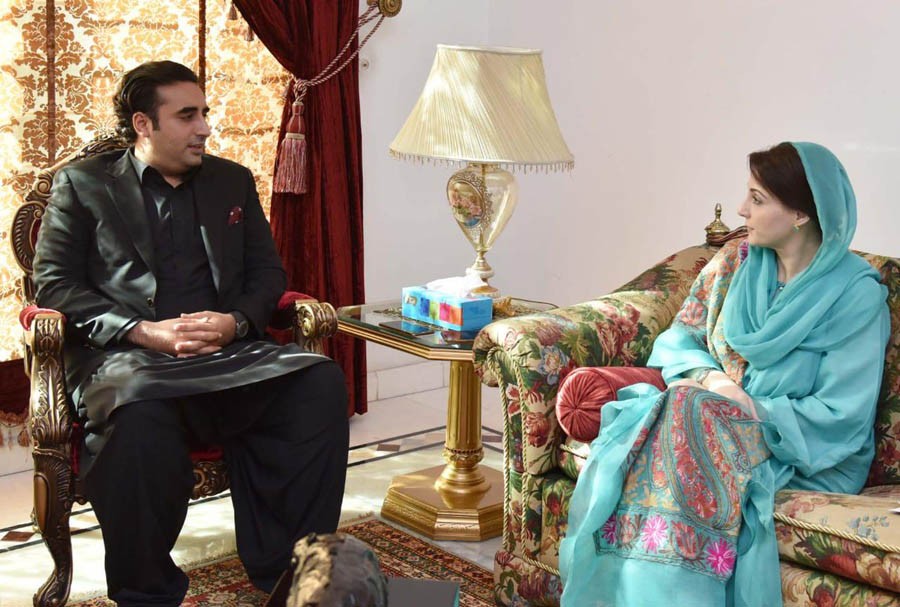 The political temperature is going up these days amid efforts to shape up alliances among the opposition parties for a ‘decisive’ battle with the thin majority-ruling Pakistan Tehreek-e-Insaf (PTI) and its allies. On the other side, the PTI is busy wheeling and dealing with its allies in order to garner full support for the fiscal budget for the year 2019-20.

The situation brought the leadership of both parties closer to each other than they were before and forced the distanced leaders to sit together and aim for a greater alliance with other smaller opposition groups and parties to confront the government by not letting the finance bill pass. The opposition’s ‘alliance’ is yet to be formally announced while the ruling PTI believes it is an alliance under the "doctrine of necessity" as key leaders of both parties are in hot water -- facing corruption charges.

The gearing up of opposition, interestingly, has coincided with the surprising replacement of Lt Gen Asim Munir (appointed in October 2018) with Lt Gen Faiz Hameed as the Director General Inter-Services Intelligence (DG-ISI). Lt Gen Faiz Hameed was accused by the PML-N supreme leader Nawaz Sharif in the 2018 general elections of political engineering while he was dealing with internal security in the ISI. However, the Pakistan Army refuted the allegations of PML-N and other parties.

On June 8, NAB arrested PPP co-chairperson Zardari after Islamabad High Court (IHC) rejected his pre-arrest bail, an action which he termed as a "pressure tactic against opponents" during a court hearing.

However, PTI senator Syed Shibli Faraz says such sloganeering would not help the PPP leadership protect itself in money laundering cases. "They are trying to put pressure on the government by threatening mass movement but they will not be able to," he says.

In the National Assembly, both sides are trying to suppress each other’s voice through noise and hooliganism, having an impact on the overall performance of the house. "Political confrontation between the government and joint opposition looks quite imminent, particularly, after this ongoing ruckus in the NA. This is making the budget session interesting but for a smoother session the government will have to issue production orders of the detained members (and leaders) of the opposition parties," says senior journalist Mazhar Abbas.

The opposition parties have openly declared that they will not only vehemently oppose the finance bill but will also get on a united front to change the current Senate chairman Muhammad Sadiq Sanjrani who was elected with the support of PPP.

"These two parties have been taking too much time to form an alliance. They should have joined hands five months ago and even today they are taking their time to get united because both key opposition parties are hoping for some relief and if one of them gets it, they will not be that aggressive," says political scientist Dr Mohammad Waseem. "The opposition parties have common concerns at the moment which is why they are trying to get close to each other. However, they are definitely not in the mood for a long term agitation," he expresses.

"The problem is that the party-in-government is unimaginative and weak -- heavily relying on the establishment’s advice. Its preferences are the same as that of the establishment which is why the present government takes such pride that the civil-military wings are on the same page. If it is so then we should understand that Prime Minister Imran Khan’s policy is two-fold," Dr Waseem adds.

Firstly, "in the absence of the delivery of services and good governance the only option left is to put pressure on the opposition so that they are unable to criticise the government and its policies. The government’s performance in the last nine months is dismal and it has nothing to show to the public," he says.

Secondly, "the ruling PTI has made the key opposition parties a scapegoat for its failure -- blaming them for corruption by calling them thieves."

The present political situation in the country is developing and volatile. The way out will be determined by how the government manages the situation and how it controls inflation and price hike.

"Opposition parties have started drawing lines for a larger battle with the government. This will become even more serious in a couple of months," says senior journalist Suhail Warraich. "It is too early to guess the seriousness of the opposition to derail the government. The possibility of failure of this alliance cannot be ruled out. Because fears are there that if one major opposition party gets relief or the government manages to breaks the alliance through carrot (in the shape of some relief) then might withdraw."

Vying for unity in adversity