News of a death 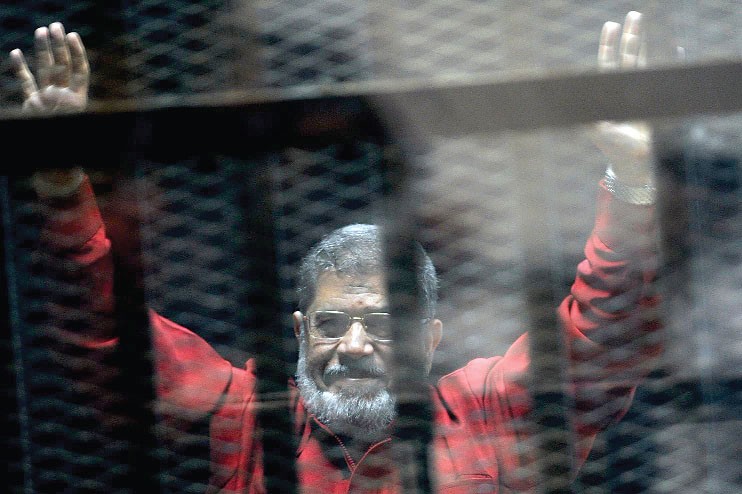 Last week the first democratically elected president of Egypt collapsed and died in court. Mohamed Morsi had been ousted by the military in 2013 and in these last six years of detention had been kept in questionable conditions and denied proper medical care. Most newspapers, in an Egypt ruled by General El-Sisi, reportedly relegated the news of Morsi’s death to the inside pages and even omitted any mention of the fact that he had been an elected head of state -- referring to him instead as merely "the accused" or "the deceased". According to a privately owned online newspaper (Mada Masr) only one major daily in Egypt, Al-Masry Al-Youm, featured the news on the front page ‘while most other papers featured the same 42-word news article’. These ‘reports’ were published under headings similar to that in Al Ahram which was "Mohamed Morsi dies during his trial in espionage case" (a news item tucked away in the margins of the fourth page of the newspaper.

The lack of international outrage at the shocking news of Morsi’s death is also telling. It reiterates the fact that democracy is only ‘good’ and acceptable if it is convenient to the western powers, that there is no such thing as people power and that ‘the powers that be’ ( i.e. the US and western allies along with Israel and Saudi Arabia) are no longer interested in maintaining even a facade of democratic principles.

This is something that people in countries like Pakistan have long been aware of, having witnessed enthusiastic western support for the military dictator General Ziaul Haq during a decade that strengthened the forces of bigotry and violence in a country that is still reeling from Zia’s bloody sectarian policies; a country whose elected politicians are never treated as well by the democracies of the West as its generals and dictators are.

Morsi was, of course, part of the Muslim Brotherhood, an organisation based on the idea of political Islam which had long been the target of crackdowns by Egyptian authorities. But despite the long years of incarceration of its leaders and victimisation of its members, the Brotherhood swept the polls in 2012 in the election, following the popular uprising against the then President Hosni Mubarak. Morsi became president but his government was ousted by the military after just one year, following protests over his constitutional amendments which critics described as ‘an Islamist coup’. This so-called Islamist coup was thwarted by a military coup through which decisions were relegated to an army chief rather than an elected assembly.

Such is the version of democracy allowed to lesser beings. It is okay if the US or the UK elects fascist representatives to powerful offices but it is not okay if Muslims in countries like Turkey or Egypt or Palestine elect ‘extremist’ representatives.

The way the world has reacted to Morsi’s death tells us much about the brazen and unprincipled ethos of politics today. As is traditional in human life, the bullet (or the dollar bill) trumps the ballot, and democracy is only acceptable if elections yield the ‘desired’ results.

I am not in favour of political Islam or any politics based on religion but the hypocrisy of the West in this matter of ‘selective democracy’ is mindboggling and will only lead to a certain backlash. Take, for example, the small matter of the murder of a Saudi journalist in a diplomatic mission in Turkey: even though all the evidence suggests that the order was given by the crown prince himself and a recent UN report says clearly that there is "credible evidence" that this prince is liable for the killing, this matter is largely ignored in the West by both the media and the government. And business as usual continues between Saudis and the ‘democracy-loving’ West…

This consolidation of power by a powerful military is also perhaps visible in countries like Pakistan where elected politicians continue to be demonised. A combination of investment (of both time and money) in journalists and monetary pressures on media owners has resulted in having a compliant mainstream media and a government that is neither interested in the rule of law nor the idea of parliamentary power, and where the army chief is included in economic planning bodies but incarcerated representatives are denied their right to attend parliamentary sessions.

The way the world has reacted to Morsi’s death tells us much about the brazen and unprincipled ethos of politics today. As is traditional in human life, the bullet (or the dollar bill) trumps the ballot, and democracy is only acceptable if elections yield the ‘desired’ results. And this is precisely the sort of expediency and hypocrisy that furthers Muslims’ convictions that the crusades continue in a different form in this, the 21st century.

News of a death