From centre of drugs to city of hope

The people of Medellín in Colombia may have channelled pain of violence and killings into music, dance and street art but the signs of its turbulent past still remain 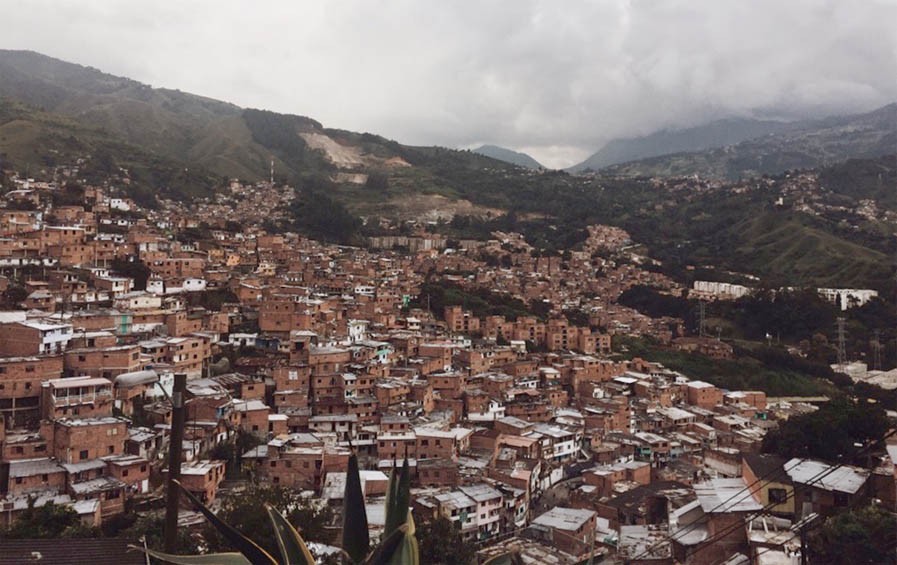 Political assassinations; bullets straight through heads; an international criminal mastermind holding an entire country hostage; streets crawling with DEA agents… For anyone who has binge-watched Netflix’s hit series ‘Narcos’, these are the images that are most closely associated with Colombia.

When I ended up in Medellín, due to a random (and for a Pakistani, rare) combination of an easy-to-acquire visa and unbelievably cheap flights, all I could see was a bustling Latin-American city, with the usual downtown office buildings, sprawling suburbs, early-morning traffic jams and giant advertisement signs for an assortment of 3G cellular services, suburban housing projects and fruit juices. Boring, normal and certainly not thrilling TV-series-worthy!

Yet Medellín is anything but your run-of-the-mill city. The mundanity of everyday big city life only thinly veils its not-so-distant, turbulent past that earned it the reputation of one of the most dangerous places in the world. In the 1970s and 1980s, Medellín was the centre of Pablo Escobar’s drug cartel, and cocaine flowing through this city supplied nearly 80 percent of the US market, earning the drug kingpin up to US $420 million in weekly drug revenues. To make matters worse, this narco-economy intersected with the activities of left-wing guerilla groups, particularly FARC (Revolutionary Armed Forces of Colombia), who also wanted a piece of the cocaine-pie. In the aftermath of the power-vacuum left by Escobar’s death, and the subsequent collapse of his cartel in the early 1990s, FARC began to gain monopoly over the drug trade, the proceeds from which helped it expand territorial control, stock of ammunition and "social-political capital".

As I walked through the city’s Alpujarra administrative centre on a guided walking tour, I expected a standardised, cliff-notes version of this history. Unexpectedly, the tour took a deeply personal turn. My tour guide described how almost no family in the city escaped the violence that gripped the city during this time. "Want to know how my English is so good?" he asked the group. "It’s because I had to escape to America after getting shot by warring drug gang members". Two of his affluent uncles were kidnapped by guerilla groups and kept in chains in a basement for months, till the family spent its entire fortune in ransom.

On another tour of Medellín’s infamous Comuna 13 neighbourhood - once the most dangerous neighbourhood -- a local woman leading the tour talked about her last conversations with the neighbours that disappeared in the middle of the night. She pointed to the mountains in the distance, where hundreds of bodies of disappeared men had been dumped over the years. Every year, their mothers climb up these mountains on the anniversary of disappearances, hoping to find some sliver of closure.

While some have channelled the pain into street art, others have turned to dance and music. On our way through the meandering streets of Medellín, our guide asked us to sit on the side of the road, as a group of street performers began hip-hop dancing. A troupe of these dancers trains local at-risk children in hip-hop, in an attempt to keep them off the streets.

My tour guide described how almost no family in the city escaped the violence that gripped the city during this time. "Want to know how my English is so good?" he asked the group. "It’s because I had to escape to America after getting shot by warring drug gang members".

Protracted conflict can make nations weary and bitter. Yet, the one thing that stood out to me the most was the optimism espoused by the Colombians whom I met. Even as the country continues to have a government monopolised by elites, extreme income inequality, corruption and high unemployment, the general outlook among the people was positive.

Despite their collective past trauma, people are hopeful for the future. "Things are getting better", echoed every cab driver I rode with. Our conversations would either start off with them pointing out the streets where walking alone would be impossible a few years ago or weighing in on the conflict and its lingering effects on the nation’s psyche. In one particular instance, a local gave me the analogy of "a man drowning as the water level rapidly rises and he does all he can to cling on to the branch hovering above him". For Colombians, optimism was the branch they held on to when violence ravaged the country.

During my stay in Colombia, very often the conversation would turn to where I was from, followed by a round of questions: What is the political situation in Pakistan like? How bad is the problem of terrorism? Is tourism taking off in Pakistan too? In whatever Spanish I could muster, I would try to respond to these questions, while wondering what it would take for my own country to grapple with its demons, and to be able to look, and move past a cloud of doom, where the tabdeeli we were promised seems to be indefinitely postponed. Perhaps one day, we will find our own branch to hang on to.

From centre of drugs to city of hope