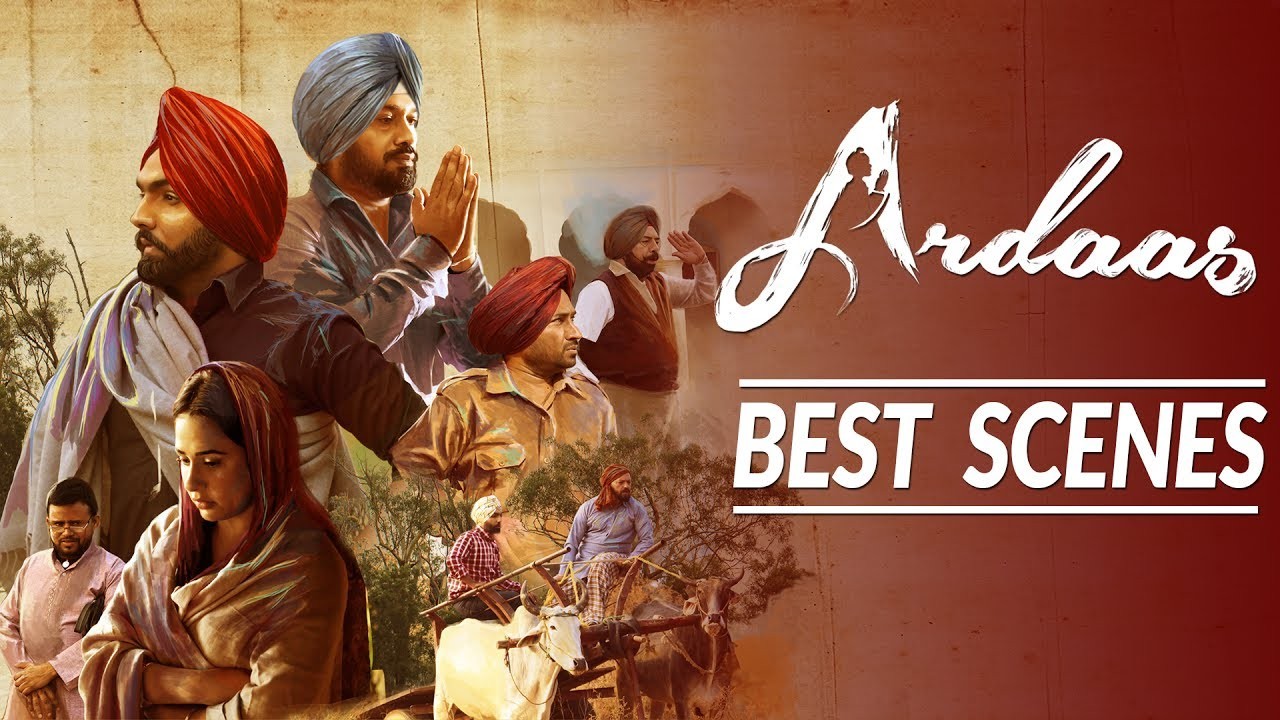 A few minutes into the Punjabi movie Ardaas, the mother of the protagonist played by Gurpreet Ghuggi addresses him:

"Ai samaan lad k kidhar mun chakya way" -- Where are you headed to with all this luggage?

While the introductory scenes had already taken hold of me, especially the village house, this exchange jolted me. The purity of the Punjabi enunciation was unlike any I had heard in years and years; and the word that struck immediately was "Bibi"; that’s how my father used to address my grandmother. In fact, she was "Bibi" to everyone in the extended family.  Having triggered a rather unusual form of nostalgia, the movie began to take a deeper, more existential if you will, character – a sense of belonging began to seep in, in relation to the setting of the movie. While Pakistani movies have taken strides in recent times, and I make it a point to not miss out on any movie with promise, I am yet to experience the sense of affinity to a particular place, or a team of actors, that I inadvertently felt during the above-mentioned Punjabi movie. You could have woken me up from sleep, blind-folded me and then played a scene from the movie, and I would still connect to each word, the enunciation, the slang.

I started speaking Punjabi around the age of ten; some paternal uncles and aunts only spoke Punjabi, and while they understood Urdu well enough I began taking a stab at sentences here and there, owing partly to an adolescent’s need to be on the same level as his elders. To the recipients’ credit, I wasn’t made fun of, or I would have abandoned the pursuit and, in turn, lost an essential part of what I now believe constitutes my identity. Back then, we used to catch an Indian Punjabi channel on our satellite, which to be honest, used to bore me to death and I don’t remember having watched a single program on it. But I very vividly remember my elder paternal uncle fixed to the screen and trying to explain to me what the channel meant to him:

This is our elders’ channel, our ancestors’.

It is, hence, not exceedingly complicated, to try and understand the heartwarming welcome visitors from the Indian Punjab receive in my city of residence, Lahore. A non-Punjabi might describe it as Pakistani hospitality; but to a Punjabi, there’s more to it: an undertone of jubilation and a sense of reunion. It is an interesting contrast to the guardedly articulated prospect of "peace" usually under discussion on mainstream media; the dominant themes on most platforms discussing bilateral relations are of tolerance, not falling prey to politicians’ agendas and trying to see the similarities rather than differences. However, I would like to believe that if the borders were to be opened, dynamics between the two Punjabs would be remarkably different from the rest of the region. The rationale behind this is very obvious in its geographical, historical and cultural manifestations; however what fascinates me more is the emotional aspect of individual interactions and the bonding that occurs on an intuitive level anytime two Punjabis from either side come across each other. Pakistani Punjab fell in love with Navjot Singh Sidhu not merely because of his flowery poetry and message of love; also instrumental was his unapologetic use of Punjabi on national media that seemed to hint more towards celebration of a common identity than the need for tolerance and love. Differences in beliefs assumed their place well into the background, and the shared identity effortlessly came to the fore.

Indian Punjabi movies have found an enthusiastic audience here in Lahore following the wave of recent releases (sadly on hold due to escalated tensions); I would specifically mention Carry on Jatta 2 since it’s the most I have ever laughed in front of a screen (apart from a dubbed Punjabi version of Shanghai Knights by Pakistani comedian Jaani). It was a movie-going experience unlike any other for me given the ecstasy accompanying the laughs and the resulting, unrelenting yearning to reach out to the makers of this movie. I remember exchanges glances with other members of the audiences at the shock and joy of what was going on, on the screen; all Punjabis consciously or subconsciously know the power of the Punjabi language to create a parallel, spectacularly hilarious universe, and this movie was certainly in the hands of the finest exponents of Punjabi humor. I would, in fact, doubt the authenticity of any Punjabi that left the cinema without knowing or wondering why it was that they enjoyed this movie far more than is expected of a quality comedy offering. When the team of Carry on Jatta 2 thanked the Pakistani side of Punjab for the response given to their movie (promising to release all their movies from then on in Pakistan as well), you could see the delight on their faces. Gurpreet Ghuggi went so far as to say that the response the film had got had virtually eradicated the borders between the two Punjabs.

While Punjabi is gradually losing some of its ground to Urdu this side of the border, I don’t intend to brood on the mindset or the practical considerations that have led to it; crude nostalgia, in the end, yields little more than a feeling of loss and I believe what exists must be celebrated in all its complexity and dynamicity. My intent here, instead, is to address the conflicting sense of identity that I faced for a bit, that has now resolved itself rather well.  The "Urdu ki pehli kitab" books from school, and Urdu-ized discourse in general, remain an important aspect of who I am and so do the PTV drama serials from the eighties and the nineties; however, it is telling that during my first trip to Dubai, the person I instinctively reached out to ask about directions was a Sikh Uncle. The knowledge that identity is a spectrum and not a unit is a concept I have absorbed reasonably well; however, what gnaws at my curiosity at times is the question if language is its most fundamental facet. For it seems to unnoticeably wriggle its way out of the most aggressive conflicts, vast distances, and the potential awkwardness of first-time interactions. It was interesting to observe how familiar a white American speaking in fluent Punjabi felt despite looking nothing like the average Lahori.

I’m hoping my Indian Punjabi brothers’ visits here will increase in frequency and the border gates will open a little wider every day. However, to be fully able to lay to rest the perturbations of longing in my heart, I wish to scour the streets of the land where my grandparents were born; I can only dream of how it would be to wander in Amritsar, Kapurthala, and Jalandhar, and the villages around them, take in the subtle novelty each city has to offer, and talk my heart out to the locals. What I would like to tell them is that they could try to turn their backs to the setting sun all they want but the winds, the songs, would still reach them through means beyond their power. And then to my people this side of the border I would say:  whenever a Ghuggi or a Dhillon speaks on the screen, your soul will vibrate with the truth that you can’t close your eyes to. And I would tell Punjabis from both sides of the border that they must quit talking about peace; for brothers do not dream or speak of peace, they just yearn to meet.