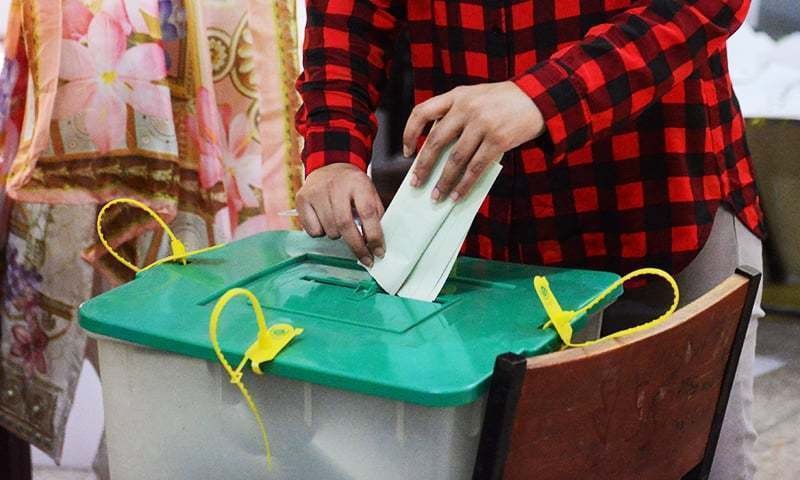 As was being expected, the first-ever elections for the Khyber Pakhtunkhwa Assembly in the merged districts of the erstwhile Federally Administered Tribal Areas (Fata) have been postponed for 18 days and will now be held on July 20.

The Election Commission of Pakistan (ECP) had earlier scheduled the polling day on July 2. The preparations for the election were on course and the final list of candidates for the 16 general seats of the provincial assembly had been announced.

Soon after the Eidul Fitr holidays, the Pakistan Tehreek-e-Insaf (PTI) government in Khyber Pakhtunkhwa (KP) requested the ECP to delay the election by 20 days to July 22 because of security issues, particularly in the troubled North Waziristan district. The ECP decided to postpone the polls by 18 rather than 20 days.

Most political parties criticised the move and accused the PTI government of being insincere to the cause of mainstreaming Fata. The government, on the other hand, maintained that it had initiated measures to complete Fata’s merger with KP and introduced a range of administrative, political, judicial and economic reforms in the merged tribal districts.

The critics speculated about various motives that prompted the government to seek delay for holding the polls, but none talked about the security challenges. Some claimed the government had no intention of organising the polls, others argued the PTI was afraid of losing the election. The PTI government too couldn’t explain how the security situation would improve sufficiently in just 20 days in the seven merged districts and six sub-districts, previously known as Frontier Regions (FRs), to ensure peaceful holding of the assembly polls.

An argument could be made that the law and order situation in the merged districts isn’t as bad as it is portrayed. An exception is North Waziristan and that too mostly in the Tochi Valley where militants have been planting improvised explosive devices (IEDs) and conducting ambushes to target the security forces. The number of attacks registered an increase in recent months when the military started fencing the Pak-Afghan border from Ghulam Khan to Alwara Mandi and targetted the last strongholds of the Pakistani militants, who are mostly based in Afghanistan, in the border area.

It has been argued that the election could have been organised in the six largely peaceful merged districts and the former Frontier Regions in time on July 2 as planned. The polls in North Waziristan could have been postponed and held at a suitable time later. However, this would have created an anomalous situation as one merged district with two provincial assembly seats would have remained unrepresented.

The election for the KP Assembly in the merged districts could not be staged in July 2018 when the general election was held in the country as there wasn’t enough time to organise the polls after Fata’s merger with KP in May 2018. The important task of delimitation of constituencies had not even started then. It was completed in March 2019 and only then the Election Commission announced the polls schedule culminating in the polling on July 2.

Certain political parties and vocal and educated sections of the population had demanded at the time that the polls for KP Assembly in the merged districts should be held in July 2018 along with the election for the 12 seats of the National Assembly there. For obvious reasons it couldn’t be done as time was short to complete the delimitation of constituencies.

Under the 25th Constitutional Amendment, erstwhile Fata after the merger was given representation for the first time in the KP Assembly. The election for the 16 general seats had to be held by July 25 within a year after the July 2018 polls. In addition, five reserved seats were created to give representation for the first time in ex-Fata to women and the minorities. Four of these seats were reserved for women and one for the minorities.

In May 2019, the 26th Constitutional Amendment was passed unanimously by the National Assembly to increase the number of National Assembly seats for the merged districts from six to 12 and in the KP Assembly from 16 to 24. It was rare for all the political parties, including the ruling PTI and those in the opposition to agree to back a private members’ bill to benefit the people of the merged districts.

However, the bill couldn’t be presented in the Senate to complete the constitutional amendment in the parliament and ensure that the election for the KP Assembly in the merged districts is held for 24 general seats instead of 16. The ECP had already announced the election schedule and the government wanted it to proceed with the democratic process without waiting for the passage of the bill from the Senate.

It would be an anomaly that the KP Assembly would get another 21 members a year after the elections. The new lawmakers from the merged districts played no role in the election of the leader of the house and the opposition or the speaker and deputy speaker. Besides, their term would be four rather than five years. Also, the arrival of the 21 new MPAs would have no impact on the majority enjoyed by the PTI in the KP Assembly. With two-thirds majority in the assembly, the PTI is well-placed to continue to rule the province without facing any real opposition.

Having won six out of the 12 National Assembly seats in the July 2018 general election, the PTI would also fancy its chances to do well in the polls for the KP Assembly in the merged districts. Its toughest rival would again be Maulana Fazlur Rahman’s JUI-F, which had won three seats in last year’s polls. The PPP trailed with one National Assembly seat. The unknown factor in the KP Assembly election in the merged districts would be the Pashtun Tahafuz Movement (PTM), which won two seats from South Waziristan and North Waziristan when Ali Wazir and Mohsin Dawar contesting as independent candidates emerged victorious.