Has Altaf Hussain fallen victim to his own follies? 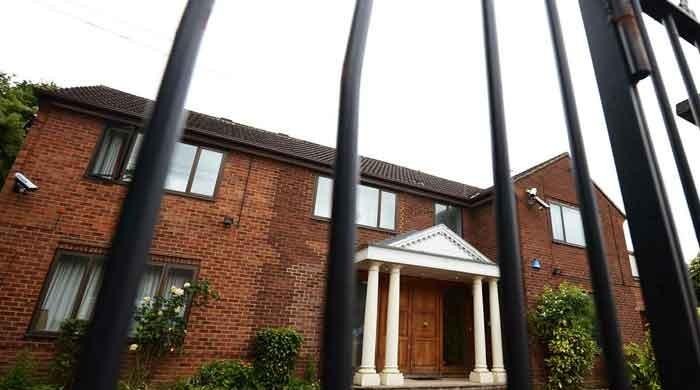 The Scotland Yard surrounded the £3 million house of MQM founder Altaf Hussain in north-west London on the morning of June 12 to detain him for inciting violence through hate speech in August 2016.

In no time all Pakistani news channels were ablaze with the news of Hussain’s arrest. Pakistani tv channels mentioned his name in full for the first time in nearby two years as the media regulator had banned any mention of his name or display of his images. For nearly two years he was referred to only as the ‘MQM founder’.

Altaf Hussain was arrested on suspicion of intentionally encouraging or assisting offences that fall under Section 44 of the Serious Crime Act 2007. He denied issuing calls of violence and refused to answer questions of the police on the advice of his lawyers.

Hussain has lived in self-imposed exile in the UK since 1992 and has continued to play a leading role in Pakistani politics. There was a time when he ruled Karachi from London.

Independent observers say Hussain still enjoys support among the Urdu-speaking mohajir community and millions still call him their spiritual and political leader. They say if given permission and liberty to hold political activities, he could still win elections and hold huge rallies in Karachi all the way from London. His supporters that defected to Mustafa Kamal are back with him. But the possibility of his return to Karachi politics seems remote. He has hundreds of cases registered against him.

The state repression and political persecution has failed to damage his popularity. Scotland Yard investigating Dr Imran Farooq’s murder questioned Altaf Hussain but found no evidence to link him with the murder. He was arrested and bailed for money laundering of about £500,000 but the investigation closed after the police failed to find sufficient evidence to get him charged.

However, his own actions, follies and delusions have destroyed him.

Confident his lawyers would wriggle him out of any trouble, Altaf Hussain made a speech from London in August 2016 and urged his followers to take the law into their own hands. The Pakistan authorities immediately lodged a complaint with the UK government for allowing its soil for incitement of violence in Pakistan. Nothing happened for nearly three years until this week’s arrest, followed by his bail.

The incitement probe against Altaf Hussain first started after he spoke with Shahzeb Khanzada on Geo on March 11, 2015, where he said, "Those officers who raided Nine Zero, my house, were posing as brave, those who raided my house were scared although they were officers of Rangers. They have become a past tense. They existed but God willing they will cease to exist."

On April 30, 2015, he asked the youth of Karachi to save their pocket money, buy arms, take commando physical training and learn how to shoot. "We will see whose blood will flow in the river of Sindh," he said.

Again, in July 2015, he threatened there would be "war on the streets" of Karachi and "Pakistan will be turned into Somalia".

On October 5, 2015 minutes after getting released in the money laundering case, Hussain blasted the Rangers for the Karachi operation, "That day will come when we will open their skulls and play football with them on our streets. No, wait. There may not be many takers for their skulls because they are so hated."

Although the ongoing investigation against Altaf Hussain is focused on his August 2016 speech but The News on Sunday has reliably learnt that the police is also looking into other speeches delivered by him.

A source in MQM-London says because of Hussain’s arrest his party support system and structure has collapsed, and is supported now by only a few loyalists based in London. He has been called back to the police station in mid-July to answer more questions. Police has taken away record of his speeches, audios and videos. It’s likely that the probe could go on for about nine months to a year.

Altaf Hussain, for all we know, could be cleared again for lack of evidence or charged on the basis of the same evidence.

The writer is a staff reporter at Geo TV and The News International based in London.