At the cost of development 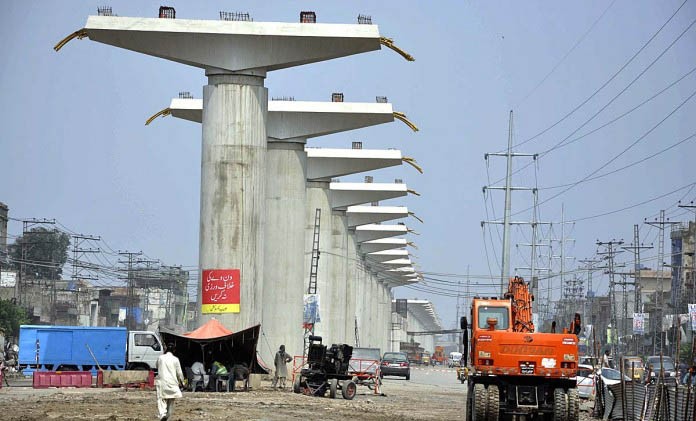 Keeping in view the resource constraints and importance of the private sector as an engine of economic growth, the government can also provide an enabling environment for the private sector and fostering public-private partnerships and joint ventures to reduce the burden on the PSDP.

The cut in the budget for development projects is always a discouraging sign for the private sector, as it reduces demand for manufacturing goods, consequently hurts business activities and slows down the economic growth of the country.

"The PSDP is the primary instrument for providing budgetary resources for development projects and programmes. Pakistan’s infrastructure needs are huge considering rapid urbanisation and population growth. Unfortunately, the current mode of PSDP is neither efficient nor financially sustainable." The current government has continued to develop PSDP based on previous flawed practices -- no restructuring of the planning commission has been undertaken by this government, he adds.

Dr. Qais Aslam, an economist, says the combined share of five heads of expenditures --debt servicing, defence, payments, subsidies and civil and military pensions -- is likely to reach 92 percent of the current expenditure in FY 2019-20. "That certainly reduces the scope for federal government interventions in the social and economic sectors. Therefore, the budget deficit is a negative number because expenditure always exceeds revenue in Pakistan."

However, government has set the target of revenue collection at Rs5,555 billion for the Federal Board of Revenue (FBR) to cover the expenditures. "The government always finalises its expenditure plan while preparing the budget, particularly the Public Sector Development Programme (PSDP). The revenue target set by the government is impossible to achieve with respect to the level of economic activity in the country. Consequently, unrealistic revenue targets exacerbate fiscal indiscipline and affect the quality of spending," Aslam adds.

"At the point when the government fixes unreasonable or overambitious revenue targets, it has been seen that the FBR endeavours to accomplish these targets by keeping refunds back and pressuring business entities to submit tax ahead of time. Such practices can have serious repercussions for organisations’ business activities," he believes.

Dr. Naveed Iftikhar believes though the government will not be able to meet its revenue target but the FBR will likely end up collecting about Rs4.8 trillion. "It is natural to speculate on why development matters had to suffer the consequences of FBR’s inefficiencies. However, it is equally important to understand that current expenditures are very inflexible; there is hardly ever any cushion for budget cuts. Thus, development expenditures always suffer in the case of revenue shortfall."

Of the total PSDP allocation, Rs951 billion have been set aside for federal ministries and divisions whereas Rs912 billion for the provinces, according to a budgetary document, which further notes that the National Economic Council (NEC) had approved the PSDP allocations on May 29, with foreign assistance worth Rs127 billion.

Dr Qais Aslam shows concern saying in the case of failure to achieve quarterly tax targets, past experience shows that such failure compels the government to take additional tax measures to bridge the shortfall in tax collection and a cut in PSDP allocation.

During the budgetary speech State Minister for Revenue, Hammad Azhar, stated that "The PSDP had been aligned with economic policies and strategies outlined in the 12th Five-Year Plan, with a focus on economic stabilisation, achieving balanced regional development, improving social protection and poverty alleviation, housing, augmentation of water resources, energy and food security, developing competitive knowledge economy, and modernisation of transport infrastructure and greater regional connectivity."

Has the budget for FY2019-20 been aligned with the SDGs and other international commitments? The Sustainable Development Goals (SDGs) include a set of 17 goals with 169 targets. Each of these goals consists of targets which should be achieved by each participating country within the next 15 years (by 2030). Pakistan was one of the first countries to endorse SDGs globally in 2015 and displayed commitment to the 2030 agenda for Sustainable Development -- adopted 16 targets and 41 indicators.

However, Zia ur Rehman, coordinator of Pakistan Development Alliance (PDA) and founder of AWAZ CDS (Centre for Development Services) doesn’t seem convinced that the FY2019-20 has been aligned with the SDGs and other international commitments because there was no single word in the whole budgetary speech mentioning SDGs and government’s priorities accordingly.

"The 18th Amendment to the Constitution of Pakistan has shifted social sector development responsibilities to the provinces, however, minimum possible allocation has been made to higher education, research, science and technology sectors in order to meet rapidly growing national needs and move forward in the realm of knowledge and quality research. Moreover, adequate funding has not been planned for structural transformation of agriculture, mining and other important sectors," says Rehman.

PSDP is the most important fiscal policy tool to achieve socio-economic targets. Though allocation of budget for social protection programme and Ehsaas programme is appreciable but two programmes are not enough to bring about change in common man’s economic condition.

At the cost of development