"You can’t decide to become a writer, you either are one or not" 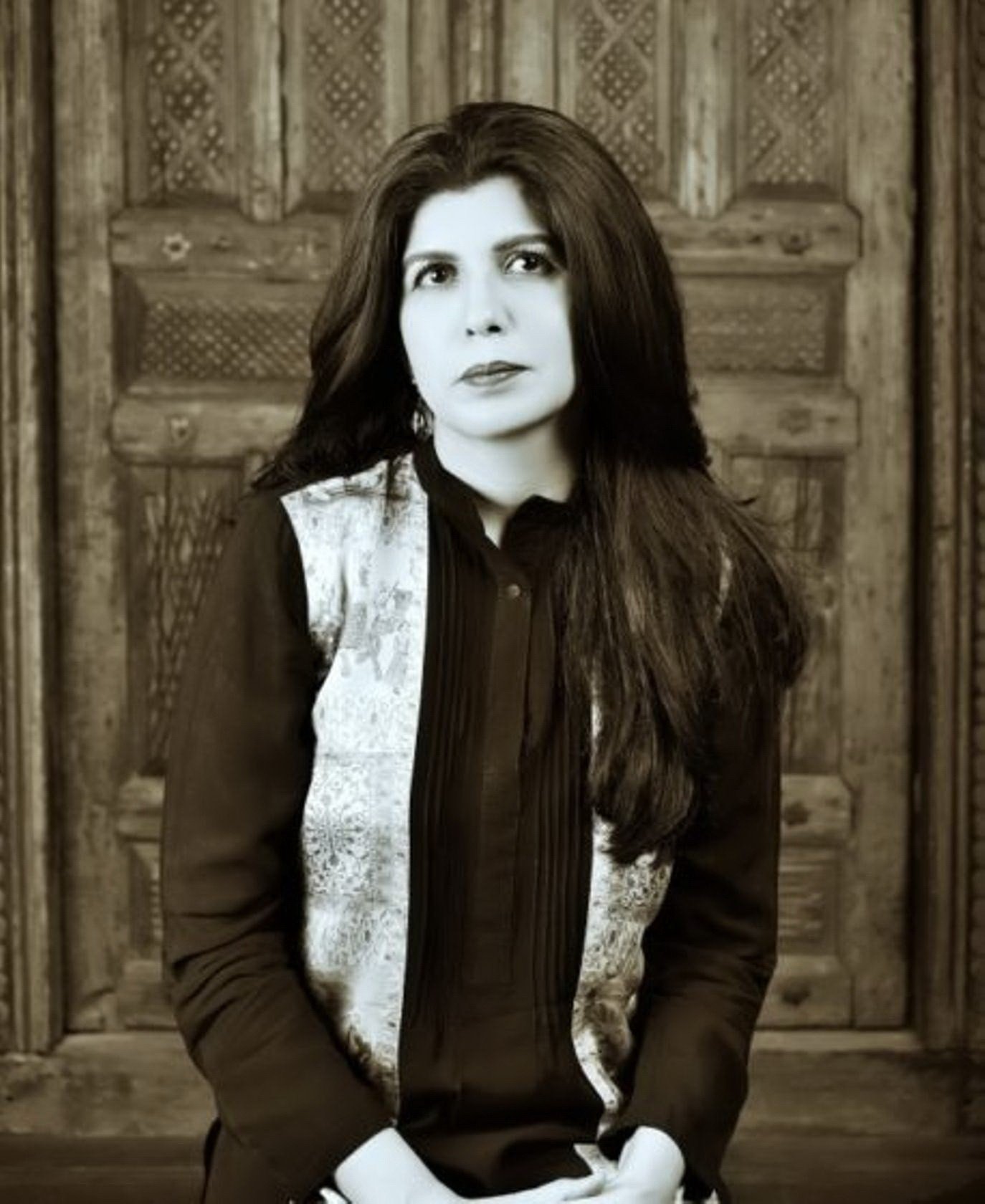 Born in Lahore in 1971, Rahimtoola attended Kinnaird College in Lahore before heading on to IBA, Karachi to do her BBA (Hons). Her growing interest in special children, however, eventually led her to obtain Read/Hornsby Teacher Training Diploma, a Masters in Inclusive and Special Education from Birmingham, UK, and her second Master’s Degree in Contemporary Therapeutic Counselling from the University of Hertfordshire, Singapore.

Woven from the fabric of history and imagination, Rahimtoola’s narrative gives poignant, articulate voices to characters that she rescues from the sideshow of history, drawing from their ordinary lives, novels of exceptional power and extraordinary intimacy. We are led into a world of ‘magnified and dark emotion, where sadness is wild and raw’.

In the conversation below, conducted on the sidelines of the Karachi Literary Festival (KLF) 2019, Rahimtoola talks candidly about her oscillating choices, compelling imagination, and unspoken love for literature.

TNS: You’ve had a rather chequered career -- if one may look at your biography -- both in terms of your academic background as well as your personal interests and their pursuit. When and how did you decide to put pen to paper to write Broken Souls?

NAR: I started writing very young as if I was born to write. The writing was something that had been simmering inside me. So, it was quite natural to write. I believe you cannot decide to become a writer; you either are one or not.

As far as my academic qualifications are concerned, I earned a degree in Business Studies from IBA, Karachi, even though I knew even then that that was not my forte. It didn’t yield me the satisfaction I craved in life. I realised at that point that I gathered satisfaction from seeing a change in people’s lives. Gradually, it became a passion to make a difference in people’s lives. With that aim in mind, I went for Special Education and Psychology and did my Masters in Psychotherapy. I want to now pursue Doctoral studies in ‘Security’ with a clear focus on what the concept of ‘security’ means to different people. I want to explore security vis-à-vis childhood changes and psychoanalysis, as well as security both in behavioural and societal terms. What is of special interest to me is to figure out how we can feel secure in a world like ours which is one great chaos. That’s how I’ve evolved academically.

As far as my personal life is concerned, I am open to growth, change, awareness, and migration, which I experienced when I moved from Pakistan to Singapore. That’s what has helped me grow, as a person and as a writer. Broken Souls is a series of short stories about social change, societal justice, feminism, and about the ‘broken souls’ - children who work in the carpet-weaving factories. Child labour’s been quite a constant theme in my work.

TNS: Broken Souls, however, failed to garner sufficient critical acclaim, as a maiden venture. What do you attribute its foundering to?

NAR: I was very young when I wrote that book, in fact, in my twenties. I was very raw; had no prior literary training or education. The book was raw and elemental. It was almost like you really feel like saying something and you say it out loud without thinking what you are saying. With hindsight, I look upon it as a free-flowing expression of my feelings and thoughts at that time. As I have evolved, I have changed, as we all do.

There was a ten-year gap between Broken Souls and Kolachi Dreams, my next book which is a novel. It took me longer to come up with it because I was also studying at the time I wrote it. I had enrolled in a diploma programme for teachers, and I was teaching as well. I was a learning mentor, and I had a family to look after. In other words, my priorities shifted. I was still grappling with the thought if I was a writer or not. It took me a long while to come ‘out of the closet’ to accept that I am indeed a writer.

TNS: Kolachi Dreams came under flak from the critics. What made the dreams collapse?

NAR: It was a piece of commercial fiction. One of the major reasons for that is because, at that point in time when the novel came out, writers were talking about a Karachi that has long since changed. Literary fiction writers dominated the entire literary scene at that time. I hate to say it but I feel that they formed a clique that set the benchmark. Kolachi Dreams was never meant to strike as a literary masterpiece. On the contrary, it was only meant to make a mark as a fast-paced, commercial work of fiction. Because it was set in a genre that had not been experimented with before (especially when you compare it to the kind of literary fiction that was being sold and read at that particular time), it was different. I also think that people do not really like to be reminded of reality, and reality is what the novel dabbled in. They see the picture that they want to see, ignoring the glaring, unpleasant facets of reality which are, probably, too difficult for them to chew and digest.

TNS: Should we surmise that Invisible Ties is an autobiographical novel?

NAR: Not at all. The reason why I chose to set the novel in Singapore is because of the historical context. All the locations in the novel were chosen very meticulously. The only personal reference that influenced me while writing this novel was the narrative about childhood attachment and security. You can say that that had been the building block of my novel. With Noor as my main character, I wanted to show how she grew up in an insecure environment; how that influenced and shaped her thinking, her world-view, and her perception of reality. I chose to set the novel in both Pakistan and Singapore because I wanted to show the contrast in their respective environments.

Noor grows up in Pakistan; her parents marry her off; she arrives in Singapore thinking it’s all going to be fun and frolic. But she realised that it’s not just the external environment; things cannot go right until you accept your fears, and learn to process them.

TNS: A book reviewer reporting for Hindustan Times slammed Noor, the protagonist’s character, as sketchy and erratic. How would you respond to that?

NAR: If Noor’s character appears to be ‘erratic’, it was deliberately meant to appear so. Read Nisha Misra’s review of the book on Kitab Review - she has literally nailed it. She writes that the best thing about Noor’s character is the confusion that she carries in her heart and mind. She finds it hard to acknowledge the hidden trauma because she hasn’t processed it. Frankly, she is still a PTSD (post-traumatic stress disorder) victim. She doesn’t quite know what’s happening to her life, and that’s been dealt with very subtly.

When she realises that her marriage is not what it was meant to be or whatever she thought it would be, those fears become visible. She tells her mother-in-law that she wants to go for psychotherapy. Self-discovery is a deeply personal and subtle process. A lot of people don’t cry or squeal or show any kind of reaction. There is an ongoing debate in psychology about such types. A lot of people can afford to remain functional, dress up, and go to work as normal routine but the next thing you get to hear about them is that they committed suicide. Mental health can be so fragile.

When something goes wrong with the body, you can see or feel it because it’s a physical ailment. What goes on in your head can be erratic, irrational, or simply different.

TNS: Do you agree with the critical viewpoint that says that the characters in Invisible Ties lack interiority?

NAR: There’s an expression in literature often used by writers: ‘show, not tell’. I am not telling anything in my book or spelling it out for the reader. It is a greater challenge to show. The book has many subtle nuances and layers that the reader must unravel to discover what Noor is going through. I think I give my readers that kind of intelligence and confidence.

The mirror appears as a symbol in the book. When you look into a mirror, the first question is: Who am I? The answer keeps changing with what you think of yourself as a child, as an adolescent, as an adult. For Noor, it’s more of a security anchor, like a confidante. Self-talk is very important. Soliloquy helps understand yourself. The mirror means a lot of things to the lonely Noor.

"You can’t decide to become a writer, you either are one or not" 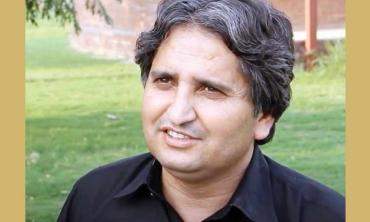 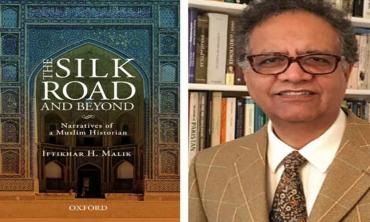