My ignorant acceptance of our fragmented society

I do not know how, and why, more than half of our people live in a different age 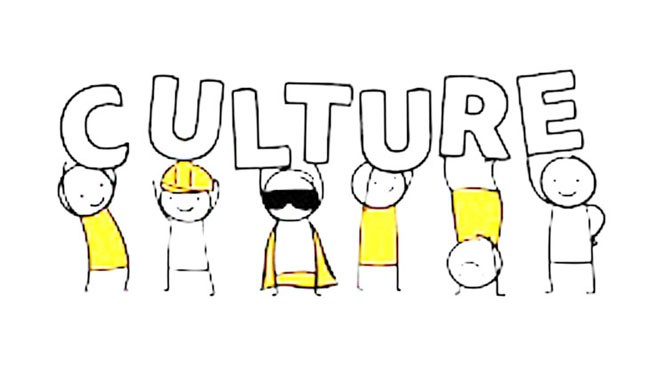 Beneath the ablaze fairy lights that dangled between the roof and the sky, a small gentry of men, with grey man buns, had been recycling banal critique of art and culture for God knows how long. Their middle-aged wives gliding by with their train of cigarette smoke and Chanel No 5 perfume seducing the night. Their dresses glazed their bodies the colour of the midnight blue sky and their laughter mingled wit the voice of Frank Sinatra washing at a distance.

It was past midnight and we had only just arrived at the rooftop of O Art Space gallery. Having missed the (I bet, deeply moving and radically remarkable) art exhibition, we had nothing to contribute to the chauvinistic conversations of this humble, postmodern gathering. As my friend Martin returned from the open bar, a drink in hand, he raised his shell-shocked glance from his glass to me, whispering, "Are you sure we are still in the same country?"

"What do you mean?" I returned with a smile.

Martin, a German traveller who had just spent two weeks mountaineering and trekking with me in Northern Pakistan, now stood on the roof of a gaudy art gallery in Lahore like a lost infant. The rural lodgings and rudimentary environment of Hunza and Chitral, having been his only exposure to Pakistan, robbed him of the ability to acclimate to the drastic shift both in topology and ideology. The upper-class women in western outfits catapulted him into yet another culture shock with their affected accents and liberal mindsets. I, on the other hand, had smoothly slipped from a shabby shalwar kamaez into a bodycon dress, and almost involuntarily swiped a conservative and outdated lifestyle for a progressive and contemporary one.

For me the huge gap in hierarchies in Pakistan was natural. Slums flanked by five-star hotels, elitist country clubs with shoeless beggars outside, Mercedes next to donkey carts were barely a surprise. But Martin, having brought up in a homogenised Western society, was appalled at the segments of society, riding on opposite ends of the socio-economic scale.

He admitted to the existence of class division and hierarchies in Germany, as is expected in any modern capitalistic, democratic society, but at least the landscape was uniform. The industrial and scientific revolution had struck all pockets of society equally, and there was uniformity in values and conduct with a relatively accountable deviation. However, in Pakistan, an unreasonably large population still lived in pastoral antiquity, taming wheat fields and trudging miles for water.

Having travelled districts and cities across Sindh, Gilgit-Baltistan, and Khyber-Pakhtunkhwa, I can confidently attest that, save a few developed cities, the majority of Pakistani terrain has not been planted with the seed of commercialisation, industrialisation, and urbanisation, characteristic of the 21st century. It’s almost like these towns and villages exist in the agricultural past rid of building, shops, and even brick houses. Living in a temporal space predating consumerism, they trade firewood and cattle herd. Most people continue to live in small, intimate communities. Each village is a self-sufficient economic unit, maintained by mutual obligations and favours.

In the past millennia, as communities consolidated into societies and societies into cities, cities into nation states that entrusted all control of social, economic, judicial, and religious affairs to the state, most of the subcontinental region remained capsuled away from this revolution. They harvest and eat their own manufacture in localised units, trade in limits, depend on religion for ethics and on elders for justice. Even the technocratic age and the accompanying unification and globalisation through the Internet have not intercepted their lifestyle.

When these people are pushed out of their primordial capsules by poverty and uninhabitable weather, they flock into the few developed areas of Pakistan and live alongside the limited circles that have kept pace with the rest of the world. This creates a mix of population that is so varied in its lifestyle, believes in ideologies that almost seems unbelievable to an outsider like Martin.

How, and why, more than half of Pakistan lives in a different age, I do not know. I know, however, that a week ago I was collecting firewood for dinner in Booni, Upper Chitral, and was now clinging glasses over brush strokes without as much as a hiccup. Such was my ignorant acceptance of my fragmented society.

My ignorant acceptance of our fragmented society