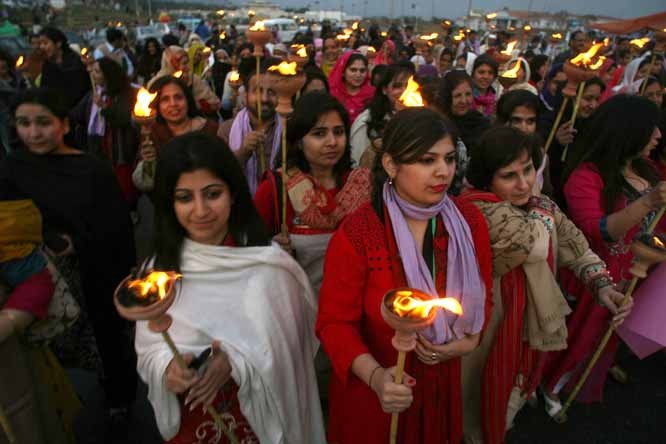 During a recent visit to Karachi, this writer found an opportunity to discuss the concept of civil society with the students of Szabist. Rather than giving them a lecture about the academic definitions of civil society, I floated some questions and did brainstorming to elicit their ideas about what civil society means. Interestingly, one of the students began by asking a counter question about the possibility of an uncivil society. Her point was that ‘society’ is neither civil nor uncivil, as they are relative terms and, depending on the context, all societies are civil societies.

But this idea did not get much traction among the participants of the discussion, as most of them did think that societies are composed of both civil and uncivil elements as a continuum or spectrum. If on the left end of the continuum is ‘civil society’, on the right end is ‘uncivil society’. This was like saying that the ‘left-wing elements’ are civil and the ‘right-wing elements’ are uncivil. This idea was also not palatable to students as many of them considered the right-wing too as civil. One of the students knew about the origin of the left-right divide and described it as follows.

The left-wing denotes a vibrant and socially liberal outlook of society, whereas the right-wing represents a static and pro-status quo stream of thought. In that sense, civil society is liberal and progressive, which wants to introduce reforms into the socio-economic fabric of society. The right-wing is illiberal and more reactionary. If the civil society wants to rely on science and technology, the opposing side may use technology but is inherently opposed to a scientific outlook. You may prefer not to call them ‘uncivil’ but they prefer to call ‘civil society’ members as ‘candle mafia’, or ‘desi liberals’, or even ‘liberal fascists’.

Another difference that popped up during the discussion was between a ‘reformist’ and a ‘revivalist’ agenda being followed by opposing schools of thought. For example, Sir Syed Ahmed Khan was definitely a reformist who expounded a radical reformation in religio-political orientation of Muslims, much in the same fashion as Raja Ram Mohan Roy had tried to do with Hindus. If Sir Syed and Ram Mohan can be termed the first advocates of civil society in India, the opposing right-wing elements were not far behind. When Ram Mohan promoted Arya Samaj movement of reform, a revivalist school also emerged as Brahmo Samaj.

Among Muslims, there were more revivalists than reformists. The revivalists were the ones who wanted to revive old traditions and even had tried to establish Khilafat in India. As was the case with Syed Ahmed Shaheed Barelvi and Shah Ismael Shaheed who died fighting against the Sikhs near Balalkot. Then we have a long list of scholars who established seminaries such as at Deoband and other places. We also have biographers and historians such as Maulana Shibli Naumani who was a staunch revivalist and wrote biographies including Al Farooq and Al Mamoon.

While the revivalist outfits may be more interested in establishing seminaries, the civil society organisations are concerned about the sewage overflowing from gutters.

After Pakistan’s inception, Muslim scholars such as Maulana Shabbir Ahmed Usmani, Maulana Suleman Nadvi, Maulana Maududi, Maulana Zafar Usmani, and many others represented a strong revivalist and right-wing tendency. On the other side a civil, left-wing, and progressive society was almost non-existent. Whatever meagre civil society existed in the shape of Progressive Writers Association was crushed by the state itself. Progressive Papers Limited (PPL) owned by Mian Iftikharuddin who ran forward-looking newspapers and magazines such as Pakistan Times, Imroze, and Lailo Nihar were confiscated by the martial-law regime of General Ayub Khan.

After almost four decades of state suppression, a civil society started emerging in Pakistan in the late 1980s and early 1990s. This civil society was represented by non-government organisations (NGOs) that worked in advocacy and service delivery. It was much on the same pattern as non-profit organisations (NPOs) worked in Europe and the USA. These organisations invited the wrath of both right-wing and left-wing elements in society who detected an imperialist conspiracy behind these. The left-wing described these NGOs and NPOs as depoliticising agents, whereas the right-wing noticed an anti-Islamic and pro-western agenda in their activities.

Soon some right-wing organisations also started getting registered as NGOs. The same elements that were maligning NGOs as foreign agents, found a new platform to propagate their own agenda of revivalist and right-wing politics, and that too with funding from friendly countries. In the 21st century, gradually the terms NGO and NPO have been replaced by CSO (civil society organisation). In the past 20 years or so, the CSOs in Pakistan have advocated a more pro-democracy and pro-human rights agenda. Their specific focus on women’s rights and empowerment has also enraged the right-wing elements in society.

While the revivalist and right-wing outfits may be more interested in establishing seminaries, the civil society organisations are concerned about the sewage overflowing from gutters and posing a threat to environment and life. If intolerance increases in society the civil society is at the forefront to call for a more tolerant and inclusive society. If a defender of human rights is targeted or killed by sectarian forces, the civil society comes forward to protest and keep a vigil, even if it attracts the moniker of ‘candle mafia’ or ‘desi liberals’.

Civil society promotes new learning as opposed to ruminating and regurgitating. As a defender and promoter of UN Declaration of Human Rights, civil society refuses to accept patriarchy and misogyny. It challenges hate-mongering and war hysteria even if it is declared unpatriotic. Patriotism, for civil society members, is about spending public resources on public welfare and not on the welfare of a select few. Civil society is secular in its nature, and considers religion and sect as personal matters. Demanding a separation of religion from state is a hallmark of civil society as it considers the mixing of the two results in discrimination.

Civil society is a rationalist society that advocates and promotes reason and rational discourse rather than obscurantist and sectarian narratives. Sooner or later a society and its decision makers need to decide if they want to continue on anti-reason, illogical, jingoistic, sectarian, and unscientific paths or rather they move on and opt for logical, peaceable, rational, socially liberal and religiously neutral i.e. secular paths. Civil society stands for latter course and fights against the enemies of reason. It treats women as equal to men and opposes anti-women laws and traditions even if they are hidden in the garb of culture.

At the end of the discussion the students felt more enlightened and when asked about whether they would like to join a civil society organisation, many nodded their heads in agreement but nobody stood up and professed allegiance; anyway that was not the idea.