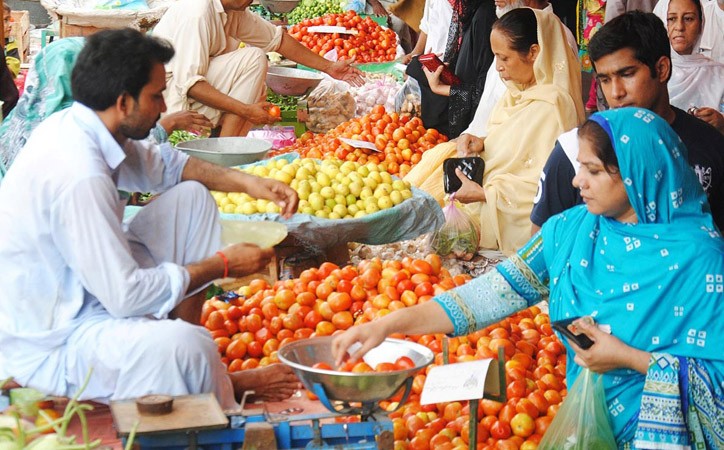 Despite multiple rate hikes, SBP-IBA Consumer Confidence Index [CCI] of March 2019 suggests that people in Pakistan are expecting inflation to soar in next six months-till Sep 2019. They expect rise in overall, food, energy and other areas. Most importantly, highest inflation is expected for energy where index increased to 63.3 in March from 59.0 in January. This is followed by food inflation showing an increase in index from 59.9 in January to 62.4 in March, 2019. Higher value of index shows that people expect higher inflation in next six months.

You must be thinking that why inflation expectations matter for SBP and what can it do to manage these expectations. Let me first briefly explain how inflation expectations translate to actual inflation. Assume you are a labourer and meeting your employer for a job contract. Don’t forget that contract is at least for one year. Next twelve months you will get the wage what is decided now, at the time of contract. What wage will you demand?

Definitely, you will be asking a wage which covered expected rise in prices in next twelve months. Higher the inflation you expected higher will be the wage demanded. This wage is direct contribution to cost of production. And, the cost push inflation is there as you expected. This channel however seems to be weak in situations where mass unemployment prevails because of slowing economy. Workers, in this situation, may not be in a position to bargain and implement their demand of higher wage. More or less, this is the case in Pakistan.

However, expectations of firms or employer are driving the present inflation in Pakistan. SBP, in its last monetary policy statement, confirmed higher inflation in future because of depreciating rupee, further hike in interest rate and future increase in utility bills. Businesses are increasing the prices of their product now in order to keep their future profits intact. Also, uncertainty about future inflation pushes the lenders to charge higher interest rate to avoid any financial losses. Cost of investment increases. Cost push inflation is there. The circle, if not checked, goes on.

SBP needs to speak on reasons for depreciation of rupee clearly. Experts yet again believe that rupee was allowed to fall flat to create room for interest rate hike.

Central banks control inflation through tight monetary policy aka increasing interest rate and through managing the expectations of individuals and firms about future changes in prices. The latter is almost missing in Pakistan. The SBP seems to have decided to speak through interest rate hike only. It seems to have put itself in a difficult chase. Interest rate seems to be following the inflation. And, inflation continues to surge. Very clearly, SBP has not been able to anchor low inflation expectations so far.

To every odds of inflation, the bank is responding through interest rate. The higher it perceives inflation, the higher the interest rate hike is. But SBP needs to understand that there is going to be limit to interest rate hikes. Will SBP keep reacting through higher and higher interest rate? It is not possible. I believe that SBP has already used the space available. It may maintain the 12.25pc rate for next two to three monetary policy announcements -- six to nine months. Otherwise, investments will dip, consumption will fall and cost of production will rise. It will fasten economic slowdown exponentially.

The interest rate hike policy of bank seems exclusively focused on "controlling the inflation" through controlling "central bank financing of deficit". Let’s agree it does well on the later. Will it stop inflation? It may not. What alternatives sources of revenue the government has? Obviously, it will further increase prices of energy, petrol and gases. Or, will cut subsidies. It will create almost same scale of inflationary pressure. Not only that it may yet again "dilute the impact of last monetary policy" but will also reinforce the higher future inflation expectations. This is already cemented by last part of the statement where future surge in utility prices is mentioned. What are the options then?

SBP has to manage the expectations of people. Better to start now. It needs to speak through monetary policy statement to manage the expectations. A reading of the statement of 20th May clearly suggests that the bank is actually anchoring high inflation expectations. The statement broadly concludes that we are raising another 150bps because of "recent exchange rate depreciation; (iii) an elevated fiscal deficit and its increased monetisation, and (iv) potential adjustments in utility tariffs. These reasons are self-fulfilling prophesies for further rise in inflation.

Clearly, the bank needs to speak through its policy statement more than through interest rate. Monetary policy statement needs to go beyond conveying the decision of monetary policy committee. The right reasons for the interest rate changes need to be clearly spelled out. For example, experts and masses believe that present rate hike is the IMF’s condition. But the statement is silent on it. This may create questions on credibility of the statement and the bank which directly contributes to inflation expectation of people.

Similarly, SBP needs to speak on reasons for depreciation of rupee clearly. Experts yet again believe that rupee was allowed to fall flat to create room for interest rate hike. This may have served the purpose, but has added to uncertainty about rupee rate. Uncertainty about future interest and rupee rate are clearly creating inflation uncertainty in Pakistan. This will push people to expect higher inflation in future. Firms/investors are not able to calculate real interest rate with confidence.

These factors then feed into contract and pricing of firms. Unchecked, it may leave the monetary policy ineffective to achieve the goal of price stability and stable interest rate yet again. Periods of higher inflation erode confidence of people in predicting future inflation. Management of inflation expectations during these times demands a careful communications. The credibility of monetary policy should therefore be improved through better communication strategies.