Of life and legacy

Two documentaries of rare quality, Salam and The Rebel Optimist, capture the contributions of two prominent personalities of Pakistan 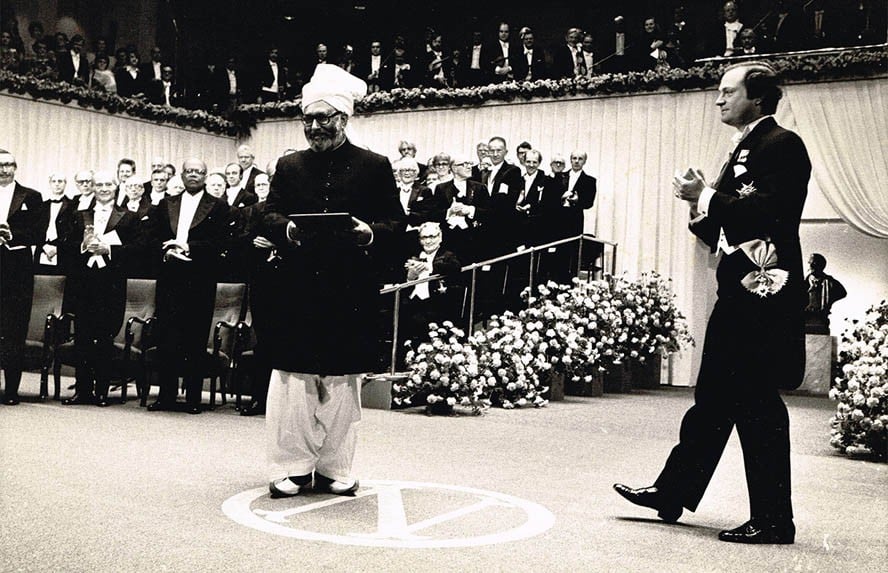 Recently, I had the opportunity to see two extremely good documentaries on Pakistan at the South Asian Film Festival of Montreal (SAFFM). One is a film called Salam - The First ****** Nobel Laureate (2018). It is the story of the life and career of Dr Abdus Salam, the renowned Pakistani physicist. The second film is, once again, a biographical portrait of yet another (now) well-known Pakistani figure - Perween Rahman: The Rebel Optimist (2016).

Salam is not just the best documentary, but one of the best films of any kind, I have yet seen come out of our region. Directed by Anand Kamalaker, the film was produced by science buffs Zakir Thaver and Omar Vandal who conceived the project while they were undergrads. Being over a decade and a half in the making, it was clear to observers that the filmmakers were making the most strenuous efforts possible to hunt through the archives to locate anything and everything they could find on the film’s subject. Hence, the expectation was that it would be a solid and well-researched film.

Yet the final results surpassed my already high expectations. The film is by no means a simple eulogy of the great scientist made by compatriot science buffs, but quite a well-rounded and successful exploration of a prominent academic’s achievements, character, family life, and inspirations.

After having heard about the film for so many years, my chief question was whether it would be able to bring to life the academic passions that drove Abdus Salam, the scientist, and his relationship with physics? Could the story of the academic be told in an interesting, detailed, and relatable way? Or would this story get lost beneath the more topical and tragically evergreen political issues which dogged Dr Abdus Salam’s work while he was alive and his legacy after he died?

These issues had to do with him being an Ahmadi. Undeniably, this fact forms a fundamental and important part of his story, and for many the chief source of interest in a film on his life. I think the filmmakers have handled this fraught aspect of his story well, with great responsibility and sensitivity. They have combed out rare footage from the archives to give us a palpable sense of the political atmosphere within Pakistan at various points in Abdus Salam’s career and what effect this had on him, his work, and his thinking. In this sense, the film has become a valuable visual document for students of Pakistan’s political history.

The two films reviewed here are of a quality rarely seen in our part of the world. The hope is that we will see more and more films from these and other filmmakers in Pakistan, which set new standards in archival research and production values.

In another sense, the film helps us realise that Abdus Salam’s story is that of an academic who is forced by circumstances to seek a life abroad in order to ensure the health of his research activities. It is the story of someone who identified as a Pakistani scientist, who identified as a modern Muslim scientist in his work and thinking, and, ultimately, who saw himself as a third world academic deeply committed to giving a leg up to other third world academics. The film has captured this in a poignant manner.

The trials and tribulations, and the nostalgia and identity issues of a scientist from the third world are not readily comparable with scientists from the developed world, who can continue much more easily to work and thrive in the environments where they are born and raised. The film is able to highlight this with great skill, perception, and diligence.

It is not just the painstaking archival work that distinguishes the film from other documentaries from Pakistan. The production quality of the film is also extremely polished -- it is a well-rounded and well-edited effort which keeps the audience’s emotions on edge from beginning to end as they witness and participate in Abdus Salam’s ambitions, achievements, dreams and disappointments.

A particularly poignant moment is when he visits India after winning the Nobel Prize for Physics and tracks down his old mathematics teacher from pre-Partition times, Anilendra Ganguly. Placing the Nobel medal in the hand of his now aged and bed-ridden teacher, Abdus Salam says: "This is your prize, sir, not mine". It is a moving image, skilfully woven into the film’s narrative. There are many other photos, interviews, home and workplace footage, and diary entries as well, which bring out fascinating elements of Abdus Salam’s family life, professional environment, and community ties.

One of the themes which is touched on effectively is the relationship between religion and science. Abdus Salam’s assertion that he drew his scientific inspirations from religious experience (specifically a historically Islamic scientific disposition) is dealt with at some length, making the film of potential interest to young people mulling over the question of Muslim scientific achievements in societies as diverse as Iran, Egypt, and Indonesia, where the name and legacy of Abdus Salam continues to be a source of interest and inspiration.

It is to the filmmakers’ credit that they have not let Pakistan’s domestic politics throw as deep a shadow on the film as less academically ambitious filmmakers might have been tempted to do. Politics is not allowed to remove from focus Dr Abdus Salam’s chief achievement - his scientific passions, and the personality and temperament which enabled him to succeed in the pursuit of these passions. We are able to get a fair sense of the academically challenging and stimulating research environment in which Abdus Salam worked and thrived, even as the film stops well short of getting into the nitty-gritty of his scientific discoveries, keeping in mind the needs of commercial audiences.

The material is all extremely interesting, and one becomes curious to see more of the interesting images, footage, and documents which must have been gathered by the filmmakers and which could not find space within the film. Perhaps the filmmakers could be encouraged to act on the idea of creating an online archive of the materials they have collected so that the general interest sparked by the film in Abdus Salam’s life and career can go on to find deeper fulfilment, particularly in the more specialised scientific sense for audiences who have relevant interests.

Salam - The First ****** Nobel Laureate certainly deserves to be seen widely, and the hope is that the filmmakers can be inspired to supply subtitles in languages such as Persian and Arabic so that the film can reach more and more relevant regions of interest. It is to be hoped that this important and rich film from Pakistan finds a spot among the growing list of Pakistani productions on a platform such as Netflix, through which it can become widely accessible to audiences within Pakistan and across the world. At present, the film has mostly been seen only at a series of screenings in international festivals and universities. By all accounts, there is considerable public interest in viewing the film among broader audiences within Pakistan as well. This is among young people who know little more about Dr Abdus Salam than his name, as well as among older members of the public who remember him well from the days he was alive, active, and much-talked about.

It cannot be emphasised enough how inspirational is the status of Dr Abdus Salam’s scientific and academic achievements in a country which has no other comparable name to boast of. He is a reminder of times in Pakistan when we were much better versions of ourselves at so many levels -- our education system, our work ethic, and our institutions all functioned much better than the situation we experience today. And even in those better times, Dr Abdus Salam’s work put him miles ahead of his peers.

Through the story of one murdered urban planner and social activist, the film brings to vivid life the experience of living in a city of this kind and of what happens when there is not just weakness of governance, but the government is, in fact, simply absent from huge sectors of life for a mindbogglingly large number of people, who are then forced to rely on their own resources.

The film explores Perween Rehman’s deep involvement with the Orangi Pilot Project (which enjoys global fame in the development sector for low-cost housing, and whose illustrious founder, Akhtar Hameed Khan, was ironically fated to suffer his own tragic experiences at the hands of malignant societal forces). This story is told through interviews with Rehman’s colleagues and family, and a copious amount of existent video recordings of Rehman where she speaks about her work.

The strongest point about this film by Mahera Omer is its cinematography. Through subtle little devices, such as balloon sellers or children playing in the streets, the film presents compelling visuals of a living, breathing, and subsisting Karachi. It says a lot with very few words and images. This visual quality of the film is what takes it beyond simply the documentation of the life and driving motivations of a highly respected activist to a tangible visual experience of Karachi the city.

The film does not shy away from tackling the issue of class in activism, either. It demonstrates how members of a post-Partition generation for whom quality education sadly became heavily Anglicized education still ended up relating to, and contributing to their surroundings and winning the respect of many people whose own life circumstances were quite different from theirs. For me, Perween Rehman’s story came across as that of a time in Karachi when the various classes which constitute the city were still interacting more meaningfully with each other. Hence, the film felt like a study of the city in the present, but a present which is already the past, since I’m not sure if such committed and meaningful relationships will prevail in the future.

There is an additional quality of the film that I should point out, something about the city which I’ve long felt, but have never quite been able to articulate. It pertains to a context where work is dangerous - where almost any and all work which seeks even a modicum of justice brings with it very real dangers. Dangers that are vocalised and discussed, and then dismissed fatalistically. In such a context, life as we are living it now can be characterised with a kind of jauntiness. I feel that the film, rife as it is with pain and tragedy, is able to somehow capture this quality of life, simply visually. It is there in the joy of verdant green leaves in Perween Rehman’s garden, in the raindrops, colours, company, again without saying very much.

The two films reviewed here are of a quality rarely seen in our part of the world. The hope is that we will see more and more films from these and other filmmakers in Pakistan, which set new standards in archival research and production values.

Of life and legacy 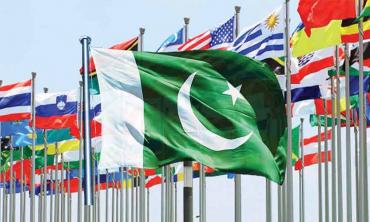 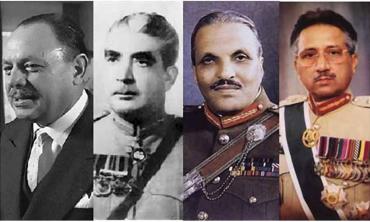 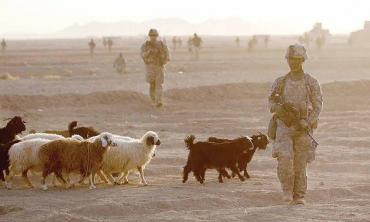