The hierarchical structure of power centred around a particular gender, race, and/or religion manifests itself in the online spaces also 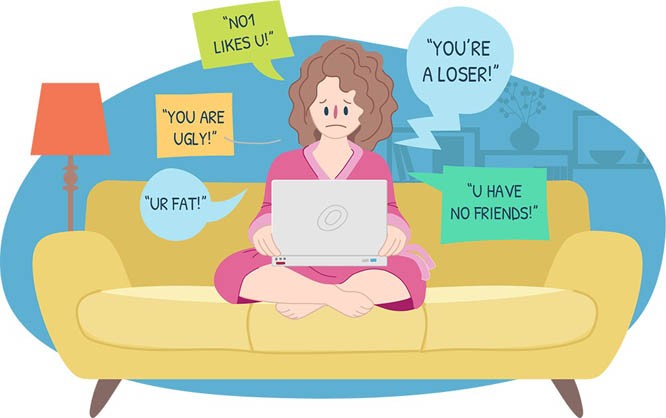 The growing use of Internet, and the technological advancement have opened doors to countless opportunities and provided us with newer avenues where our voices can be heard and stories shared beyond physical space. Although the dynamics of online spaces are quite different from those offline, both are interlinked with each other.

The hierarchical structure of power centred around a particular gender, race, and/or religion manifests itself in the online spaces also, thus reproducing and exerting biases against the women and minorities through the same platforms, unveiling the dark side of the technological boom.

Unfortunately, it has also resulted in the same online platforms becoming a medium for men to bully, harass, humiliate, attack, shame and silence women in general.

This reminds me of a horrible incident I can’t seem to get off my mind, where I called out a person on social media who had harassed me in a public space. The immediate fallout was support from people in general. A message had been conveyed. Or, so I thought. Even the accused turned in a public apology and vowed to never commit anything like that again.

Meanwhile, an anchor person from an online channel contacted me. The purpose, apparently, was to have a short, live interview with me talking about everything I had mentioned in my post -- chiefly, the cultural elements that lead to such rampant incidents (of harassment). It was during the interview that I realised it was only for the sake of getting some attention to their online page and not for the ‘cause.’ The comments that were received during the 10-minute interview we had were extremely abusive in nature. This horrified me, and I requested the channel admins to delete the video, which they refused to do, saying that I had given the interview with my consent.

It helped to know a few laws on cyber safety. The next thing I did was I threatened to sue them if they didn’t remove the video. Eventually they did. But right after removing the video, they posted it on another (unverified) page on Facebook, and got the same harsh and abusive audience to comment.

Hundreds of comments poured in, shaming me on how I look, assassinating my character, beginning with why I talked to a ‘na-mehram’ in my interview without wearing a niqab. I was blamed for having ‘asked for it.’ Every second comment was either a spiteful abuse or a death/rape threat "for violating the sacred Islamic culture."

The video wasn’t removed for the next two weeks. I reported to Facebook but all in vain.

I’m sure that those two weeks, when I look back at them even after two years, are going to haunt me. I wake up several times in the middle of the night, only to be reminded of the comments, and cry. I have been mentally absent in my classroom, thinking only about what the next abuse the video might have got me on that online page.

Somehow, the video was removed after two weeks. But ever since, I am literally scared to post any picture or write my opinions on social media, let alone going live in a video.

In my analysis, the audacity to verbally abuse people and say things that they would perhaps not say to anyone in real life is due to either of the two factors: being anonymous, or assuming that there would be little or no consequences.

It’s important to understand that toxic masculinity, which I’d call a ‘cultural factor,’ takes no time to seep into the web space. Even though it’s the culture of a society that shapes its culture in the virtual world, the repercussions of cyber bullying/harassment are no less traumatising. What’s more, it has the tendency to translate into a real threat -- in the physical world.

All this creates a vicious cycle of violence against women, curtailing their visibility in online spaces.