How modern are we?

Some of the salient characteristics of a modern society 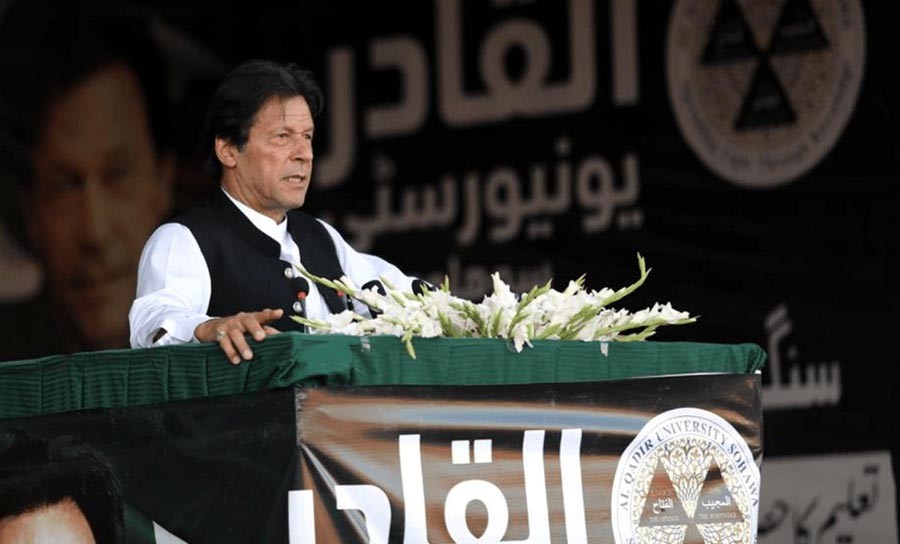 Prime Minister Imran Khan’s recent speech at the launching ceremony of Al Qadir University was interesting. He talked about aligning science with spiritualism and attracting the best and most intelligent students to study the ideology of Pakistan and religion. A couple of days earlier, one of his ministers talked about under-age marriages as if they were sacred duties and unquestionable. The same minister had thundered in the assembly against an MNA representing Hindus. Another minister was openly siding with the organisations that are now once again ‘banned’ and not allowed to function in an overt manner.

The moon-sighting drama was once again repeated with Ramzan starting on different days in the KP and in the rest of the country. The debate about Ramazan and Ramadhan is alive, and so is the question of Allah Hafiz and Khuda Hafiz. The minister of science and technology is questioning the utility of having a moon-sighting committee and has reportedly formed a committee to develop a five-year calendar of the lunar year. One wonders why a committee is needed to do that simple task which can be performed by any computer savvy youngster. And why just for five years?

All this brings us to the question posed in the title of this article. This question is important for at least two reasons. One, we need to understand whether we live in modernity; and two, are we discussing the right questions in the 21st century. For the past 72 years we have been involved in discussions that hardly have anything to do with modernity. Though we never tire of boasting about the ‘incredible talent’ that the youth of this country have possessed, and most of those ‘talented youth’ have grown older now without achieving much, unless they moved to another country.

There are many definitions and features of modernity and there are hundreds, if not thousands, of books on this topic, but here we will discuss only some of the salient characteristics of a modern society.

Modern societies are based on accommodation. That means a modern state accommodates all its citizens irrespective of their caste, colour, or creed. A modern state does not take sides with one set of citizens against another. Similarly, the same accommodation applies with neighbours. A modern society promotes harmonious relations with all its neighbours and tries to accommodate and address their concerns, rather than insisting on one’s own rigid and stubborn ideas and stance.

A modern society is essentially an anti-traditionalist society. This does not mean that you defenestrate all traditions, it simply means that in modern societies all traditions are treated as questionable. Traditions that have been in vogue for centuries or even millennia are re-examined in a modern society. Without this re-examination no society can claim to be modern. If a tradition does not make sense in the 21st century, it needs to be overhauled and revamped to make it congruent with modern realities and if need be, get rid of the tradition for good.

From here we enter a rules-based rather than a tradition-based society. It means new rules are developed and discussed by the public or their representatives that cater to the needs of a modern society. As new laws and rules replace old traditions, the society modifies itself and rectifies its shortcomings. For example, the UN Declaration of Human Rights is an agreed new set of laws that modern states must adhere to without hiding behind a cloak of traditions. A modern society gives precedence to universally acceptable and applicable laws over locally proclaimed traditions that are in most cases misogynists and anti-human rights.

A modern society is also based on modern modes of production and distribution. A tribal and feudal economic system does not favour a modern society, even if its elite flaunts the latest cars and mobiles. A modern mode of production facilitates the development of new science and technology, and not the borrowed or purchased ones. If you apply this criterion, the so-called ‘modern’ Gulf States can hardly be termed modern, as they lack the capacity to develop new science and technology on their own, no matter how spiritual they may be, or claim to be.

Modern modes of production are not, and cannot be, based on any pseudoscience such as astrology, black magic, palm reading, or scientology. Modern machinery and gadgets are not run by spiritual power, though some charlatans claim to have charged their mobile phones on spiritual energy of a sage, or have run a car with water. You may name an educational institution after a Sufi saint, but you cannot present a single item of everyday utility that was produced or used by a saint, apart from perhaps a cushion or a Miswak, if you like.

Modern societies are democratic societies. Here democracy does not only mean free and fair elections; free debates and discussions are an integral part of a modern society. Iran may be having elections regularly, but the question is how free and fair they are and how free debates and discussions are allowed to be held. The more taboos there are in society, the more undemocratic and less modern it will be. A modern society and state are promoters of democracy both nationally and internationally. America and Israel may be democracies in terms of elections, but in terms of adhering to democratic principles internationally, both fail miserably.

Pakistan cannot hope to be a modern society unless its state inculcates democratic norms and values in its citizens. In addition to fair and free elections i.e. free from any intervention from state institutions, the elected assemblies and government should be allowed to perform their duties for a full five-year term. No sit-ins (dharnas), no threats, and no civil disobedience; even if the government is performing poorly. Modern societies have patience for their governments so that they can work. They also have patience for difference of opinion in debates and discussions.

Debates based on difference of opinion are a hallmark of a democratically modern society. Suppressing discussions only leads to suppression of ideas and the society ends up in a suffocating atmosphere where dormant ideas stink. In Pakistan, not only repeated uprooting of democracy has prevented modernity, but also an eradication of open debate has made educational institutions stuffy. Modern societies are free from the stench of rotten thoughts that we often encounter in our country. From child labour and forced marriages to misogyny and discrimination based on religions and sects, the society is steeped in medieval mores, rather than modernity.

Modern societies are enlightened societies, and enlightenment comes from exploration and exposition. No enlightenment can take root unless all ideas are allowed to be explored. The spirit of enlightenment is the spirit of exploration and the initiators and promoters of such exploration emerged and prospered in societies where enlightenment was allowed to take root. Be it Muslim civilization or the Renaissance one, they flourished when intellectuals, scholars, scientists, and writers could write what they wanted to write. In the end I must clarify that the terms ‘modern’, ‘modernity’, ‘modernism’, and ‘modernisation’ have had different meanings in the past 100 years or so.

In the disciplines of history, international relations, political science, literature, and philosophy, the above mentioned terms carry their own backlogs. In this article, we have only briefly discussed a simple articulation of how a modern society in the 21st century should look like. There may be dozens of other characteristics of modern societies, and we need to keep in mind that even some of the so-called modern countries such as America, China, India, and Israel behave in barbaric and primitive manners when it comes to their own economic, nationalistic, or territorial interests.

How modern are we?