The FBR had projected a tax revenue target of Rs 4,398 billion for the fiscal year 2018-19. Is it on its way to achieve that target? 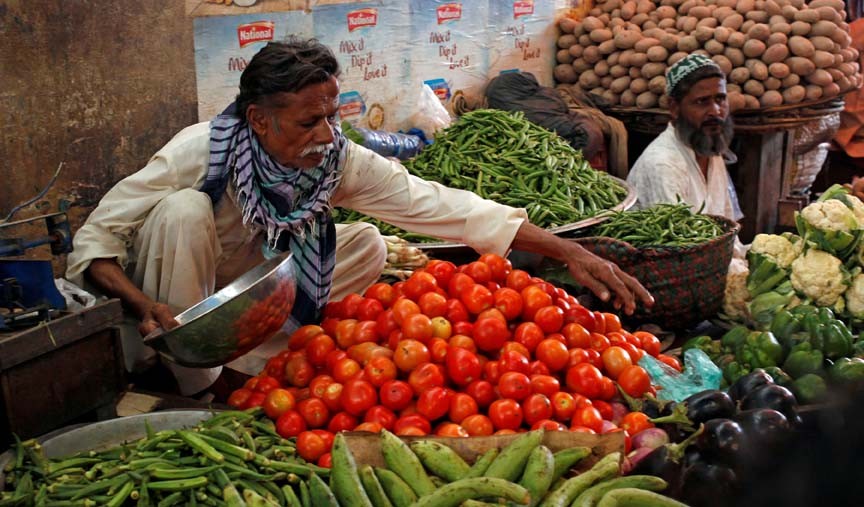 Pakistan is facing the worst-ever fiscal deficit with increasing expenditures and declining revenue collection. Fiscal deficit rose to its peak at 5 percent in nine months of the current fiscal year (2018-19), one of the highest in the decade.

According to official figures released by the Ministry of Finance early this week, the country’s fiscal deficit went up to Rs. 900 billion which is 2.3 percent of Gross Domestic Product (GDP). Revenue collection, however, remained dismal till March 2019 as the Federal Board of Revenue (FBR) has collected just Rs. 3,582 billion which is 9.3 percent of the GDP as compared to 10.4 percent during the corresponding period of previous fiscal year. Pakistan is still short of Rs 816 billion in the revenue target, which the government is trying to achieve through tax amnesty scheme.

Every year the tax collection machinery shows a dismal performance and the federal government has to revise revenue collection targets several times during the year. The present PTI government had projected a tax revenue target of Rs 4,398 billion for the fiscal year 2018-19, which seems to be a gigantic task before this government. It has made many adjustments in various targets after coming into powers in August last year as well as recent changes in Finance Bill 2018-19 and its financial team by installing a private-sector income tax expert as head of the FBR, besides importing its Finance Ministry’s head Dr. Hafeez Shaikh and State Bank’s Governor Dr. Reza Baqir.

"Despite less revenue collection, the government expenditure remains almost the same or higher than the targets in the budget as no government department is ready to lower their expenditures," says Muzammil Islam, a senior economist based in Karachi.

Talking to TNS he says no integrated method is adopted at the time of budget-making to fix the target for income and expenditure. "All estimates, thus, prove to be incorrect when we look at the figures at the end of fiscal year. Interestingly, the government lowers the revenue targets during the fiscal year, but it has never lowered its expenditures."

According to estimates by the World Bank and IMF, Pakistan has a potential to collect Rs 8000 billion on account of revenue collection, but despite fixing its targets at a lower side, the FBR has always failed to meet its targets.

Similar is the situation in the four provinces where they have a lot of potential to raise their revenues through taxation. The provinces also look for their share in the divisible pool under the National Finance Commission (NFC) Award, which last adjusted its formula in 2009. Under the 7th NFC award, the four provinces are collectively entitled to 57.5 percent from the divisible pool taxes which also included income tax, wealth tax, capital value tax, general sales tax (excluding services), customs duties and federal excise duty.

According to the Constitution of Pakistan, provinces can collect income tax on agriculture income, general sales tax on services and duties on properties, besides other levies like motor vehicle tax and stamps duties, etc.

"Provinces have never bothered to raise their revenues by exploiting their potential and at the end of the day they complain less transfers from the federal government," adds Muzammil.

The present government, in a bid to save the economy’s downslide, has taken various difficult decisions like allowing drastic devaluation of the Pakistani rupee, increase in discount rate by the State Bank to 12.25 percent and increase in power and gas prices. This has impacted common people a lot as inflation rate has touched double digit and prices of almost all essential items have increased exponentially.

Additionally, the PTI government has also announced a tax amnesty scheme to whiten the undeclared assets, expenses and sales in order to generate more revenues. The amnesty scheme 2019 launched through promulgation of an Ordinance on May 15 provides facility to declare black money by paying lower taxes for the fiscal year that ended on June 30, 2018. Government expects to generate Rs 200 billion through this scheme.

The tax rate will be 1.5pc for whitening domestic immovable properties like real estate and for foreign assets, the fair market value will be determined at the exchange rate prevalent on the date of declaration.

The tax rate on undisclosed sales or supplies will be 2 percent, which will also be offered for the first time for bringing undeclared sales into the tax net. This will cover the sales or supplies chargeable to sales tax or federal excise duty, which has not been declared or has been under declared up to June 30, 2018.

This facility will be available for both individuals and companies and those who had filed, or not filed, their income tax returns for the tax year 2018. The filers are offered an option to revise their returns.

This is the second amnesty scheme in a row as last year former government of PML-N, under the then prime minister Shahid Khaqan Abbasi, had announced a similar amnesty scheme, which was severely criticised by the PTI leaders and present Prime Minister Imran Khan. He had termed the amnesty scheme of April 2018 a shameless attempt by then Prime Minister Abbasi to save criminals.

It may be noted that PML-N government led by Mian Nawaz Sharif had also given three earlier schemes to bring black money into the mainstream economy in 2013, 2015 and 2016.

"First they steal money and then introduce tax amnesty schemes," said Khan at a public rally in Hyderabad on April 6, 2018.

The main slogan of the PTI during July 2018 election was to bring back the looted money and utilise it for development, education and health sectors of the country. But instead of finding the real defaulters and even those who did not avail the previous scheme, the present government has provided across the board amnesty.

"The tax rate of 1.5 percent on properties is minimal so why the government cannot easily recover the tax at a normal rate on visible assets on the ground," asks Dr. Shahid Hasan Siddiqui, Chairman of Research Institute of Islamic Banking and Finances.

Talking to TNS Dr. Siddiqui says the country is facing a serious external sector crisis and needs foreign exchange, but instead of focusing on increasing exports, the government is providing relief to plunderers.

The government has not taken any serious measures to plug corruption and money laundering. It is doing the same things which the previous government did for years. Corruption is still a norm in government departments and there is no relief to the common people. They have lost their jobs as unemployment is increasing.