Where does Pakistan stand in SDGs 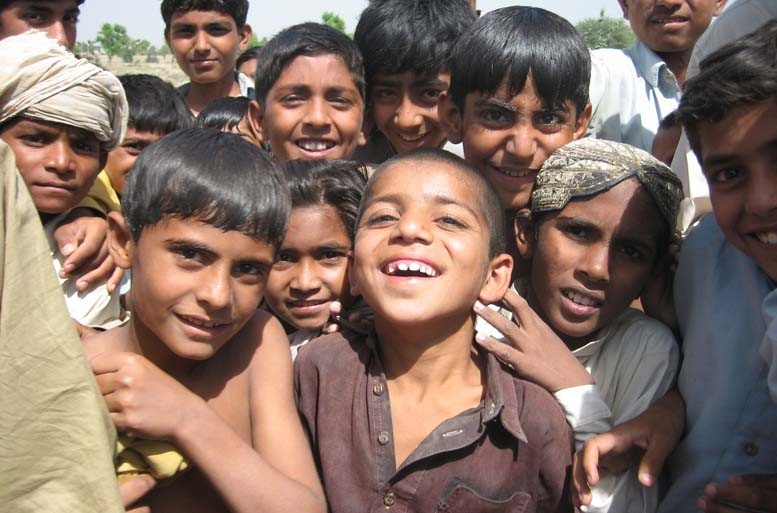 Pakistan is the world’s sixth-most-populous country, just behind Indonesia and Brazil. One third of its population is youth and adolescent with 28 percent of the population falling in the age bracket of 15-29 years. According to UNDP’s human development index (HDI), Pakistan ranks 150th in the world with an HDI of 0.5623. The Global Gender Gap Report 2017 by World Economic Forum placed Pakistan as the second worst country on gender equality. Of the 153 countries ranked for women’s inclusion, justice and security, Pakistan ranked at 150, with the highest discrimination against women in the world and the lowest financial inclusion.

The National Assembly adopted Agenda 2030 for SDGs on March 16, 2016. Under the aegis of Speaker of the National Assembly, Parliamentary Secretariat on SDGs was established to provide support to the elected representatives. In order to monitor the SDGs, six parliamentary task forces on SDGs were formed at national, provincial and regional levels comprising elected representatives. Planning Commission of Pakistan (PCP) takes lead in the implementation process of SDGs.

Prime Minister’s SDGs Support Fund was launched with Rs136 billion and SDGs units were established under the supervision of Planning Commission of Pakistan at Federal and Provincial levels with the support of UNDP and Planning and Development Departments.

In Punjab, district level stakeholders’ consultations with citizens reveled that 41% of the participants from ten selected districts of Punjab were not satisfied with the initiative taken for the realisation of the 2030 agenda on SDGs. Whereas 38% of the respondents were positive about the steps taken so far for the implementation of the SDGs in Punjab especially with the reference of SDGs 4 which counts for quality education. The percentage also echoes with the results of recent Annual Status of Education Report (ASER) 2018 that shares that Punjab is better in delivering quality education as compared to other provinces of Pakistan but lags much behind from other three regions of Azad Jammu & Kashmir (AJK), Gilgit Baltistan (GB) and Islamabad Capital Territory (ICT).

The findings from Punjab reveal there is no facility for the enrolment of out of school children doing child labour, children of nomads, street children, orphans and children in prisons etc. Recently five schools were established in District Bhakkar for orphans/children who are out of school and serving labourers. Facilities for special children including technology, wheelchair, ramps, water and sanitation are available in their schools and teachers are also trained completely. In some high and higher secondary schools of districts, facilities like computer, science labs, audio visual aids etc are also available.

Punjab PFC Award is not announced and district government representatives and authorities do not have appropriate information on public sector development plans. The non-formal labour force in the agriculture and non-agriculture sector in the province have no formal inclusive social protection and security mechanism.

According to the findings local governance in Punjab is weak and requires political, administrative and financial authority and powers. Most of the local government representatives were not aware about SDGs. Though government of Punjab has already notified the deputy commissioner of the district as focal persons and head of SDGs committee at district level, none of the participants in the district level stakeholders consultations recognized the establishment of SDGs Committees at district level.

Minimum wage in Punjab is Rs15000 a month which is equivalent to USD 115 and it means less than USD 4 a day whereas in most of the informal and formal sector organisations/institutions in Punjab minimum wages act is not being implemented in latter and spirit. Weak institutional mechanism for monitoring and robust forum of collective bargaining is a major hindrance in implementation of minimum wages across sectors.

Whereas in Sindh, the findings from 9 district level stakeholders’ consultations revealed that most of the district stakeholders and district administration official are not aware about education, youth policies and economic growth strategy approved by the government of Sindh. The education management information system is nonfunctional therefore reliable data is not available.

Teacher’s absenteeism is high with lack of monitoring and performance enhancement mechanisms. Moreover campaigns for sensitisation of masses are hardly seen .There are some government and non-government partnerships like PITE and Benazir Girls for the promotion of girls’ enrolment in the province but they lack catalyst approach to reach out to the province. Unlike Punjab, the District Education Officer utilises, draws and disburses the education budgets. However, the budget allocation for education mostly covers salaries and recurring expenditures. Recently there have been some special measures to provide incentives, salary raise, transportation, protection against harassment at workplace to ensure presence of female teachers, but the result and impact is yet to be measured.

In Sindh, Provincial Priority Indicators Framework on SDGs is still awaited. An inclusive process for the development of framework for further actions duly supported by adequate budgetary allocations is required. Provincial SDGs Task Force in Sindh needs to be strengthened further with clear ToRs for supervising the SDGs implementation at the provincial level with robust accountability mechanism in place. Strong and immediate attention of authorities is required to improve and enhance the PC-1 Document in Sindh by including the lens of SDGs indicators.

The local government officials and representatives had no information on SDGs or the processes adopted by the provincial government. The local governments are almost nonfunctional and funds are also not available at local level. The devolution of power to the third tire has not been practiced and as a result the districts are suffering with low turn outs and indicators. Lack of cohesive policy making with a growth strategy and direction to go in next 5 years is missing in practice.

A quick glance at two important provinces gives a positive depiction where SDGs Units are established at national, provincial levels with matching grant from UNDP. Budget allocation of Rs24 billion for SDGs, engagement and involvement of private sector as well as CSOs engagement on SDGs is thoroughly being encouraged at all levels. Yet there are certain grey areas where the government needs to pay special attention for robust results from the provinces.

Most importantly, the parliamentary oversight at national and provincial/regional levels is weak. The parliamentarians as members of the SDGs Task Forces need to ensure effective engagements.

Where does Pakistan stand in SDGs