A province in the making

Despite their differences on the size and number of new province(s), the three major parliamentary parties clearly seem to have agreed at least on one thing -- division of Punjab. This consensus is no less than a miracle in the political history of Pakistan 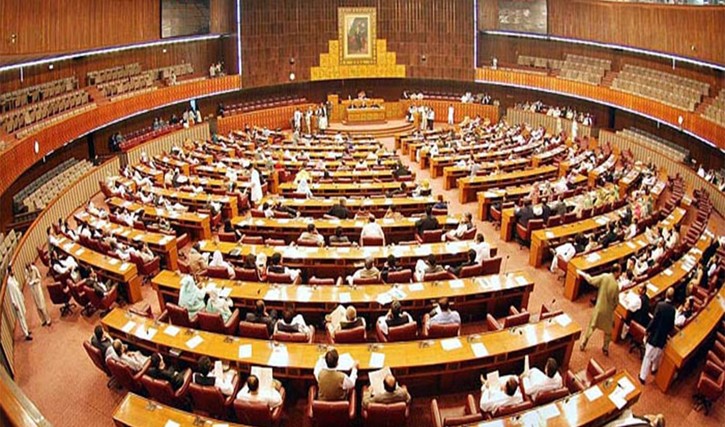 South Punjab, apart from a certain region of Punjab, what else these two words generally evoke in one’s mind is a new province, or to be more appropriate, ‘a province-in-the making’. Yes, a new province that has been in the making in parliament since 2013 when Pakistan People’s Party (PPP) passed a constitutional amendment bill in senate for creating a new province in Punjab.

The PPP’s bill, however, couldn’t be passed in National Assembly because Pakistan Muslim League-Nawaz (PML-N) didn’t endorse it. But the process didn’t end here. Due to the pressure created by the PPP, the PML-N had to pass a resolution in Punjab Assembly for creation of two new provinces -- Bahawalpur and South Punjab. However, once it came into power after general election in 2013, the PML-N took not a single step in this regard notwithstanding the impressive majority it enjoyed both in the centre and the province.

While protesting against the negligence of their party just few months before the general election 2018, a number of PML-N’s disgruntled members of national and provincial assemblies from South Punjab resigned both from their party and assembly membership, formed Janoobi Punjab Sooba Mahaz (JPSM) and vowed to struggle for the creation of new province from the platform of JPSM.

Just few weeks later, the JPSM leadership held a meeting with Imran Khan, Chairman, Pakistan Tehreek-i-Insaaf (PTI) and in a joint press conference held in Islamabad announced to merge JPSM in PTI and contest the general election 2018 from the platform of PTI. Meanwhile PTI incorporated South Punjab province in its election manifesto and promised to establish the new province within 100 days after coming into power.

Despite winning 30 out of 50 seats from South Punjab in general election in 2018, the PTI ignored the issue of new province for eight months after coming into power. Through social media, press statements, seminars and protest demonstrations, both mainstream political parties and Siraiki nationalist groups severely criticised the ruling party for assuming a silence on the issue.

In January this year, the PML-N presented a bill in National Assembly to carve out two new provinces from Punjab -- Bahawalpur and South Punjab. Following the PML-N, the PPP tabled a bill in senate for creation of South Punjab Province early this month. The two bills from opposition parties forced the PTI to present its bill in lower house of the parliament. The PPP backed while the PML-N opposed the ruling party’s bill in National Assembly.

Essentially based on Siraiki language, the movement for a new province in Punjab has its origin in literary activism in 1960s when the development of the Siraiki script and the widespread availability of printing technologies made it possible to mass publish books and journals written in the Siraiki language.

Despite their differences on the size and number of new province(s), the three major parliamentary parties clearly seem to have agreed at least on one thing -- division of Punjab. This consensus is no less than a miracle in the political history of Pakistan.

Before looking into what opportunities the creation of new province offers and what challenges it has been facing, let us have a cursory look at brief history of the movement that popularised the demand for a separate province and led this miracle to happen.

Essentially based on Siraiki language, the movement for a new province in Punjab has its origin in literary activism in 1960s when the development of the Siraiki script and the widespread availability of printing technologies made it possible to mass publish books and journals written in the Siraiki language.

Merger of princely state of Bahawalpur with Punjab after abolition of one-unit triggered a movement for restoration of administrative and geographical boundaries of the state. Bahawalpur Muttahida Mahaz (BMM), spearheading the demand for restoration of the state, launched a popular movement and won four National Assembly and nine provincial assembly seats in the general election of 1970.

However, many BMM leaders, who participated in the Siraiki literary conference held in Multan in 1975, decided to join the literary, social and political activists from other parts of South Punjab in demanding the official recognition of their language.

Activism on Siraiki language consciousness inspired by the literary conference achieved a key success in 1981 when the government agreed to recognize Siraiki as a language in national census. It further bolstered the Siraiki literary and cultural activism in 1980s, which besides giving voice to widespread economic deprivation in the region, deepened Siraiki ethnic identity consciousness and slowly started to assume a political colour.

The movement for linguistic and cultural rights now started to assert the political and economic rights of the speakers of Siraiki language. The demand for a separate Siraiki province, which evolved in mid-1980s, started to become popular in the region and make its presence felt at national level in the decades to come.

The popularity of demand for Siraiki province increased manifold when former Prime Minister Yousaf Raza Gillani took the issue at the floor of National Assembly and showed his ardent support for it through his motivational speeches.

On the top of it, uneven development skewed in favour of central Punjab and economic disparities along regional lines in Punjab have played a critical role in deepening Siraiki identity consciousness and demand for a separate province.

A number of recent research studies conducted by academia and international organisations suggest the existence of high poverty enclave in south and south western parts of Punjab. The state of basic amenities like health, education and drinking water in some districts of the region is far worse than in the most underdeveloped parts of other provinces.

It provided ample grounds for inducing and nurturing a deep sense of deprivation, marginalisation and exclusion among the local people. Perceived sense of injustice in distribution of jobs and other economic opportunities runs high, particularly among the educated Siraiki youth.

The recent move in parliament for creation of Siraiki province, if succeeds to realise, will give a sense of ownership to local people and help decrease the prevailing sense of deprivation and marginalisation in the area. Besides, it can also help balancing the federation.

Out of total 272 National Assembly seats, 141 seats are from Punjab while the remaining 131 seats are from rest of three provinces. It means that if a law proposed by three provinces is opposed by Punjab, it can never see the light of the day. There have always been complaints against dominant, discriminatory and exploitative role of Punjab from the smaller provinces. The Siraiki province can go a long way in addressing the grievances of smaller provinces against Punjab and making Pakistan a balanced state.

However, as long as PML-N is sticking to its demand for two provinces, the dream of South Punjab province does not seem coming true despite somewhat agreement between the PTI and the PPP on the issue. The creation of the new province cannot be realised without the PML-N support since it requires the approval of the Punjab Assembly where the PML-N occupies almost half of the seats. The PTI government will have to engage the PML-N and work on seeking a broader consensus.

If the new province is created, the PTI is bound to lose its existing majority in Punjab. Will the PTI ever be ready to sacrifice its government in Punjab? Most Siraiki nationalists, who considered the PML-N a spoiler to sabotage every move for South Punjab Province, are increasingly questioning the sincerity of the PTI’s fresh strike for the new province. Without any serious effort on the part of the PTI to engage political parties on the issue, the ruling party’s bill for a new province appears to be nothing more than an eye wash.

A province in the making