Kashmir, Indo-Pak, and a closed airspace

Airspace closure is affecting nearly 350 flights daily. The situation can only improve if India and Pakistan take practical steps to de-escalate tension on LoC 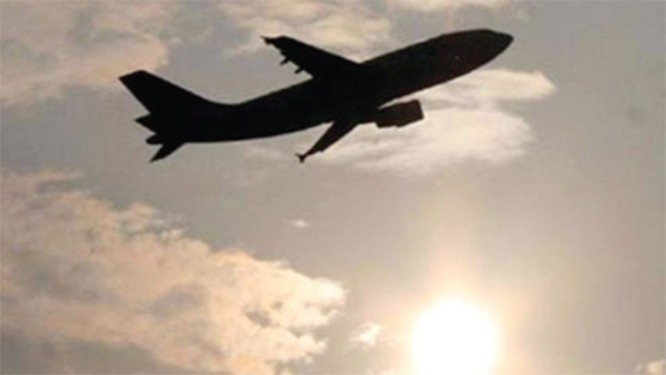 Pakistan’s air space has remained at first fully, and since March partially closed after Indian warplanes violated its territory in northern Pakistan in a town called Balakot in the Khyber Pakhunkhwa province of the country. The day after the territorial violation, on February 27, Pakistan shot down two Indian jets in an aerial dogfight and captured a pilot who was later returned to India as a gesture of peace.

Since the incident, Pakistan has imposed a ban on its airspace for all flights that fly over Pakistan and go towards India and also those flying in from the East side. While one route close to the Arabian Sea has now been opened, all flying from the centre of Pakistan remains closed. The unilateral action by Pakistan has created a huge disruption in the region, affecting approximately 350 flights daily, analysts say.

Reports said that the airspace ban would be lifted on May 15 and some routes were openedon May 22 the Ministry of Aviation has said that only NOTAM’s are being issued on the said dates. A NOTAM is a written notification informing airmen of the conditions and routes of flying and are usually only valid for 14 days. The ministry has stated that while the notifications are being issued every two weeks, the airspace ban will not be fully lifted till physical steps of de-escalation are taken by India.

"The crisis in February brought both countries to engage in a form of brinkmanship you don’t actually see unless the states are actually at war," said Fahd Humayun, a foreign affairs analyst. "And that’s very unusual for India and Pakistan because both sides had settled into this space of no war no peace since the Modi government had come into power in 2014." According to him, the security apparatus in India and Pakistan had internalised the idea that both sides can absorb low intensity conflict along the Line of Control (LoC) without it escalating to a point where it would create an emergency in the subcontinent. But what happened in February was that things got out of hand because of the Pulwama Attack.

Humayun, who also works at the Jinnah Institute in Islamabad, explains that there were two factors at play that lead to the situation spiraling out of control: the situation in Indian occupied Kashmir and the general elections of India. "The policy in New Delhi had for the longest time been to engage in heavy handed repression in the hope that they could somehow get control," he says. "This didn’t work because this was a very different kind of indigenous revolt in which the people of Kashmir were not responding well to force." All this was leading to a growing disenchantment within India toward the centre’s policy vis-à-vis Kashmir, which created pressure on New Delhi to deflect attention away from the inefficiencies of its own policies. And when the situation began escalating in end February, the upcoming elections meant that it became harder for policy makers in New Delhi to back down -- bringing nuclear states to the brink of war and leading Pakistan to close its airspace for almost three months.

Pakistan and India are part of an international agreement called International Air Services Transit Agreement (IASTA) that was signed in 1944 as part of the Chicago Convention. The agreement states that all signatories will allow each other’s flights to fly over their territories. However, according to the agreement, the only exception is when a country is at war, in which case for the security and safety of civilian flights a country can close down its airspace.

Fazal Kasim Ali, a travel agent based in Karachi, says that all Far Eastern flights coming to Pakistan have completely stopped their services till the partial ban remains imposed. Thai Airways is the only airline that is still coming to Karachi but the timings have changed and instead of coming during evening hours, it now operates in the afternoon because of which people are missing their connecting flights. Middle Eastern airlines that come to Pakistan are operating normally but have greatly spiked up their fares knowing the lack of options passengers have as of now, he says.

Pakistan International Airlines (PIA) has stopped three of its routes which make 8 flights per week -- four to Kuala Lumpur, two to Bangkok and two to New Delhi. However, according to Afsar Malik, a Civil Aviation Consultant, while there has been some noise in the news of PIA losing money, such should not be the case. "The airline runs into huge losses because the cost of operations is much more than the revenue it generates," says Malik. "So if they don’t fly some routes, the airline is actually saving money." Malik, who has been an Air Traffic Controller for Pakistan’s Civil Aviation Authority (CAA) for 15 years, says that in terms of monetary losses, it is the CAA who is suffering from the partial airspace ban. "Pakistan had approximately 800 flights crossing Pakistan daily which used to pay on average $600-$700 to CAA known as route navigation charges," he says.

Malik explains that all other airlines, including Indian airlines that used to fly over Pakistan on reasonably direct routes are facing significant losses because of the longer flight durations now. Any flight that takes off from New Delhi and goes to Europe, Central Asia or these areas flies for three extra hours. For example, Delhi to Kabul is a two-hour flight but it takes 5 hours nowadays. "Airlines cannot fly from West to East either," says Malik. "Earlier this used to be the super highway between Europe and the Far East but now they have to circumnavigate Pakistan and fly south of the country which adds extra time and increases the cost of flying." But this is a national defense for Pakistan and when the country’s security is at risk, such steps need to be taken, he further stated.

Shahrukh Nusrat, Secretary Aviation says, "Airspaces are never closed for six months at a stretch. It’s always for a short period while the situation is constantly assessed and more NOTAMS are issued to keep it closed if need be." And that is what has been happening since February. According to Nusrat, the analysis that the closure has not much impact on the PIA is correct, and it is the CAA that is losing money, but not a vast amount. "Pakistan has opened up a route of the Arabian Sea, in which the aircrafts enter from Karachi and Gwadar and leave Pakistani territory from there -- onwards to Oman or Saudi Arabia etc." he says.

According to news reports, Air India had suffered losses worth 300 crore Indian rupees by the end of last month with daily losses amounting to 6 crore Indian rupees due to extra fuel burn, cabin expenses and reduced flights. The national airline of India has approached its Civil Aviation Ministry for compensation of losses till Pakistan’s airspace is fully opened.

Kashmir, Indo-Pak, and a closed airspace