Escalation on borders, exchange of fire across the LoC, and the Balakot attack, have all broken the back of the tourism industry in the Azad Jammu & Kashmir 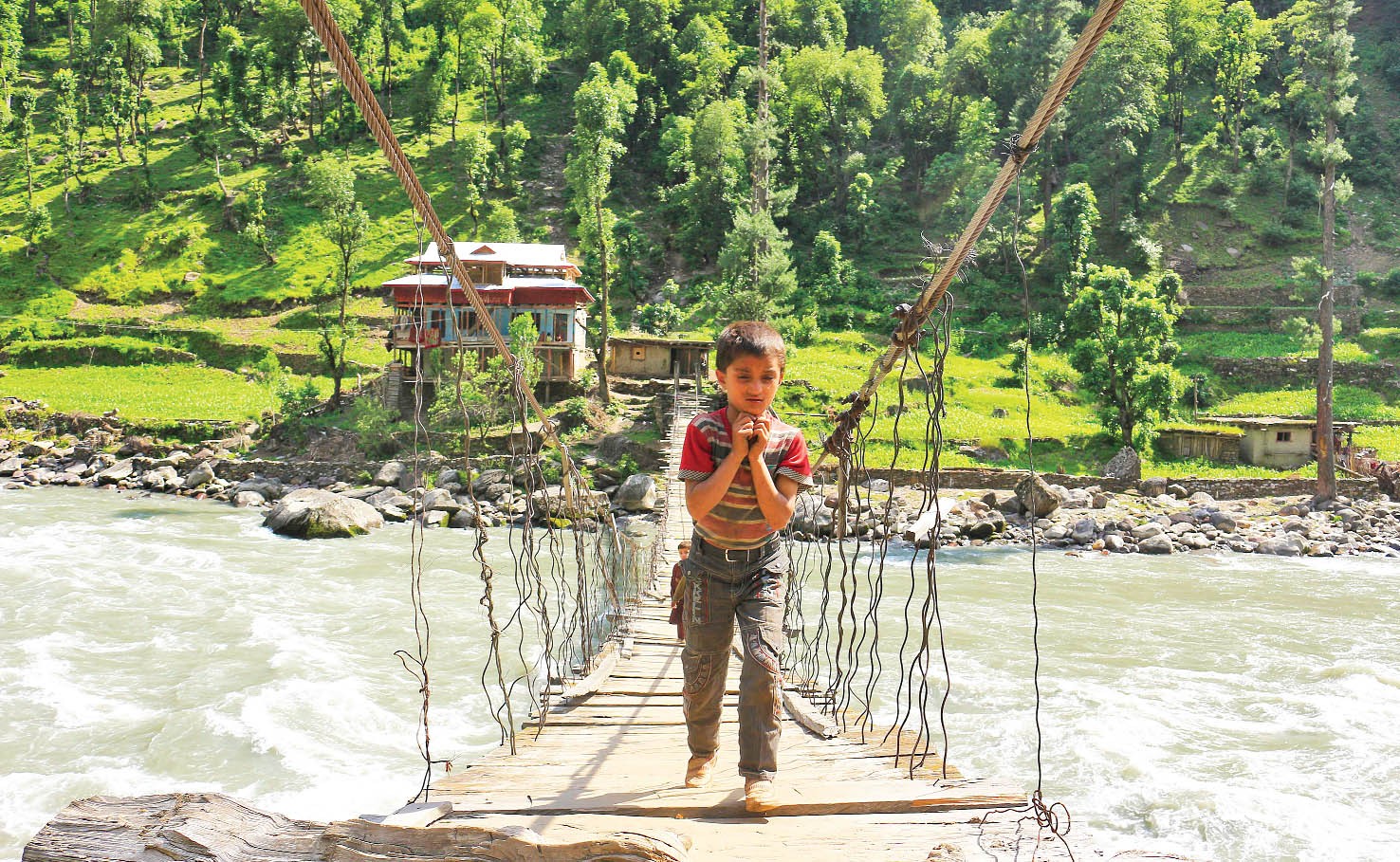 Tourism in the Neelum Valley district, Azad Jammu & Kashmir (AJK), took a major hit following the Balakot incident on February 26 this year. Though, the situation in the region has returned to normalcy, tourists are still believed to avoid the bordering picturesque valley.

Ironically, the government of AJK has already declared 2019 to be "the year of tourism," and chalked out promotional events that include adventure sports, assorted games, and cultural activities. But the people associated with tourism industry aren’t expecting the desired results any time soon.

Muhammad Raees Khan, who has been working as a tour guide for the past 12 years, says that every year thousands of tourists visited Neelum Valley, especially during snowfall, "but this year the numbers have remained low."

According to him, on the night of February 26, "there were dozens of families and tourists [in the valley] who were forced to leave the very next morning.

"Once they left, they wouldn’t return easily," he declares.

He also speaks of the many groups that have cancelled bookings: "In the previous years, the tourists pre-booked their tours in Ramzan and Eid. But this year is different."

In November 2003, when India and Pakistan signed a ceasefire agreement that brought temporary relief to the people in the region, it was popularly celebrated across the AJK, particularly in areas close to the Line of Control (LoC). Over the next 15 years, life in the valley was to remain normal, as the common people rebuilt their homes and set up businesses, and educational and socio-economic activities resumed.

The tourism industry also witnessed a rare boom during this period, and fetched the locals multiple opportunities to earn. As per the data provided by the Department of Tourism, the government of AJK, Neelum Valley received around 600,000 tourists in the year 2014 alone. This is believed to be the highest number the place has ever seen.

But all this had to come to an abrupt end -- firstly, in the wake of the September 2016 Uri attack, when tension between India and Pakistan rose along the LoC; and later, following the Pulwama attack, when India claimed to conduct surgical strikes in areas administered by Pakistan.

On October 29, 2016, a famous tourist resthouse located in Keran village was bombed by Indian troops. This was followed, in under a month’s time, by an attack on a passenger coach that left 12 dead and many wounded. The escalation on borders, exchanges of fire across the LoC, and the Balakot attack, all broke the back of tourism industry.

Suspension of internet services and limited communication facilities are other reasons for the recent decline in tourism in the valley. To quote Khawaja Fayyaz Hussain, a local journalist, "Tour operators depend on internet and social media to connect with tourists. But because the internet was suspended for a good two and a half months, they were unable to take any queries. Even the journalists could not possibly report the situation on time."

Hussain is hopeful that the restoration of internet and mobile services will positively impact the tourism industry.

Midhat Shazad, Secretary, Department of Tourism and Archaeology, AJK, agrees that the situation at LoC affected the tourism industry. But she insists that things are improving by the day.

Defending the government’s decision to term 2019 as the "year of tourism," she says that a strategy has been worked out wherein the locals shall be included in developing tourism. "It’s going to be a public-private partnership. At the outset, we’ve earmarked two villages in Neelum Valley that shall be developed into ‘tourist villages’. The government of AJK shall provide all necessary training and financial support in the shape of interest-free loans to the locals, so that they can convert any extra place in their homes into guestrooms. This kind of community tourism will not only help the locals to earn livelihood but also contribute to overcome any accommodation shortage for tourists during the peak season."

Shazad says that if the project is successful, it shall be replicated in other districts of AJK.

She also talks of the government setting up a "special tourism force" within the police to ensure the safety of the tourists and also to keep them abreast with necessary information about local laws, traditions, and destinations.