An essential reading in politics of ethnic identity in Pakistan 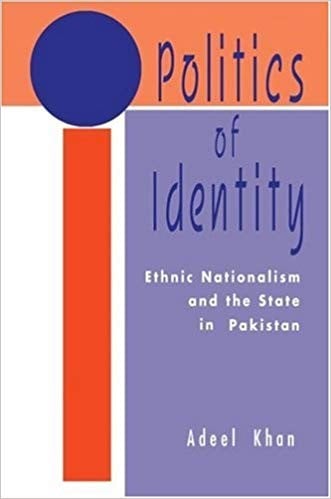 Notwithstanding its all pervasiveness, ‘ethnic discontent’ in Pakistan has drawn little academic attention. On the other hand whatever academic work is available on the subject, as noted by the author of the book under review, is afflicted with dearth of theoretical analysis. However, in neighbouring South Asian countries like India, the question of ethnicity and ethnic identities has received widespread academic attention and in-depth theoretical analysis.

As a step to fill this academic gap, the slim book based on doctoral thesis of the author is an outstanding contribution, providing an accessible, well-written historical account of four ethnic movements -- Pakhtoon, Baloch, Sindhi and Muhajir -- in relation to a centralising state dominated by Punjabi-Muhajir nexus.

‘Ethnicity’ as a key concept of the book has not been seen by the author as a preexisting, static, primordial social category. While dealing with the all-pervasive question of ethnic nationalism in Pakistan, the author defines and analyses ‘ethnicity’ rather as a dynamic, processual phenomenon shaped and reshaped against the backdrop of power relations between the state and society in Pakistan.

Theoretical edifice of the book, linking ethnicity to the state, is largely based on the works of Ernest Galener, Anthony Smith, and Benedict Anderson. It provides a theoretical framework in understanding and analysing Pakhtoon, Baloch, Sindhi and Muhajir ethno-political movements as a response to the state interventionism in Pakistan.

The author traces the origin of ethnic discontent in Pakistan to the colonial times. The dominant groups like Punjabi and Muhajir, the author argues, were well integrated in administrative structures of British India. Overrepresentation of Punjabis in army during colonial time and Urdu-speaking Muslims’ role in separatist politics of All India Muslim League privileged them over other groups in the state affairs after creation of Pakistan. To maintain their privilege, the Punjabi-Muhajir power nexus kept centralising the state. A powerful center built on the resources of those living away from the centre and the provinces having little share in federal resources created a sense of deprivation, marginalisation and exclusion among Pakhtoons, Balochs and Sindhis.

Khan sees the political assertions of ethnic identity as an effect of asymmetrical power relations between the ‘dominant groups’ wielding the state power and the others having minimal say in the decision-making processes in Pakistan. A group sense of marginalisation generated by interventionism of centralising state, as the author puts, gave way to the politics of ethnic identity. The author holds Punjabi-dominated army and its frequent meddling in political affairs responsible for inculcating a sense of internal colonisation among Bengalis, Pakhtun, Baloch and Sindhi communities.

He refutes the commonly-held myth attributing all the ills of Pakistani polity to untimely death of its founding father, Muhammad Ali Jinnah. He rather argues that Jinnah, who had been a great champion of provincial autonomy and decentralised state in undivided India, opted for the exclusionary policies like linking Pakistani nationalism with Islam and Urdu, denial of country’s pluralism and democracy, privileging bureaucracy over political leadership, and personalisation of power, which paved the way for centralisation of state and ultimately proven politically disastrous. Imposition of Urdu as a national language had sown the seeds of Bengali ethnic discontent.

Denial of granting autonomous powers to and imposition of governor’s rule in Balochistan provided ample grounds to the Baloch nationalists to wage struggle against the interventionism of an overly centralising state. Since a sizeable number of Pakhtun live in Afghanistan and Baloch in Iran, Adeel Khan gave geo-political dimensions of Pakhtun and Baloch brands of nationalism. Sindhi ethno-nationalism, according to the author, originated after repression of Sindhi language, allotment of fertile agricultural lands to Punjabis and increasing influence of non-Sindhi speaking groups in urban centres of the province. Khan’s analysis intertwines the conflicts of interest between urban and rural groups in relation to colonial rulers as well as the governments across the provinces.

Gradual decline of power share of migrants from India in Pakistan after the Dacca debacle has been seen as a cause behind emergence of Muhajir ethnic nationalism. In undivided India, the politics of All India Muslim League predominated by Muslims of Utar Pardesh (UP) and focused on countering Indian National Congress, couldn’t nurture the understanding and capacity of nation-building after creation of Pakistan. In the absence of nation-building agenda the migrants from India continued to enjoy special position in state’s elite. Democratic transition after the fall of Dacca in 1971, however, caused a dent in their special position in state’s elite. Muhajir nationalism, as put by Adeel Khan, was a political response to loss of their erstwhile influence in state machinery.

A nationalist of note