"I always wanted to tell the story of Bihar" 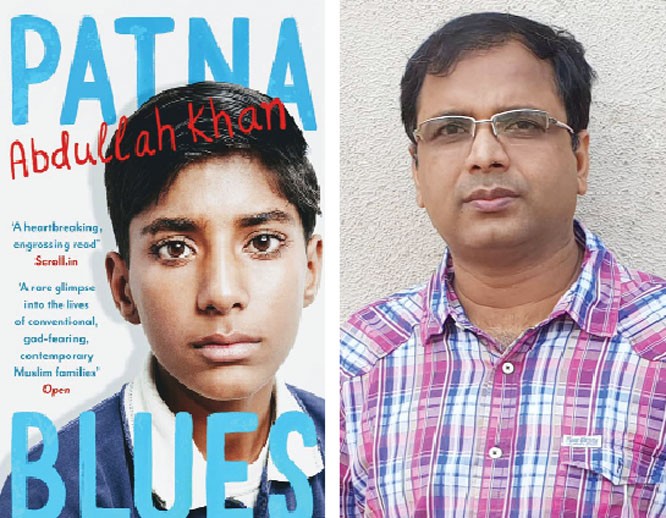 Abdullah Khan’s maiden novel Patna Blues was first published in September 2018, followed by two further editions. The novel was included on Amazon India’s list of the most memorable books of 2018 and the author received offers from various publishers for the translation of the novel into other languages. Set in the 90s, Patna Blues is about the aspirations of a young Bihari boy who wants to achieve a lot in life. It successfully takes the readers on a roller coaster ride through Bihar and its vibrant culture.

The News on Sunday (TNS) recently caught up with Abdullah Khan to talk about his debut novel and the love he feels for his city, Bihar.

Abdullah’s early life revolved around Bihar. "I was born in the Motihari area of Bihar in a Pathan Muslim family. I was initially educated at a local madrassa and went on to an Urdu medium school for further studies. Soon after completing my studies, I started my career as a banker but my job didn’t deter me from pursuing my dream of being a writer. Since I was always inspired by Bihar, I wanted to narrate this city’s story and its vibrant culture through my writing. I do not come from a family of writers, in fact, I wouldn’t be wrong if I said I am the first one in my family. However, my father was extremely fond of Urdu poetry and hence had a house full of books, something that greatly influenced my desire to learn about literature."

He knew from a very young age that he was born in the same area (Motihari) as the legendary author George Orwell. "From the moment I stumbled upon this fact, I instantly knew there was a connection. Just like Orwell, I also wanted to write, and that too in the English language, as it could reach more people in that manner."

Abdullah started writing Patna Blues in 1997 -- the year Arundhati Roy’s The God of Small Things broke all records. He eventually finished writing the novel in 2009.

Twelve years to write a novel is a long time, but according to Abdullah, the writing was the easier part. "I spent most of this time re-writing and editing the novel. I re-wrote the entire novel at least six times and re-wrote the first few chapters at least twenty times, just so I could be completely satisfied with the end product."

Patna Blues was eventually published in 2018.

Centred around the story of a Bihari boy, the novel is mostly about the trials and tribulations that he faces in life when he sets out to accomplish his dreams. "It is the story of my people, as seen through the eyes of the young protagonist, Arif Khan. You can find a little bit of me in him as well, however, I tried not to make it too obvious. I just wanted to portray what growing up was like in Bihar during the 90s.

Patna Blues will be translated into Tamil, Kannada, Malayalam, Hindi, Marathi, Odisha as well as Urdu. It will also be published in Urdu from Lahore, translated by Abdullah himself.

"I am quite satisfied with the way people have reacted to this novel, especially when the appreciation comes from people like Anees Salim and Amitava Kumar who also wrote blurbs on it."

Patna Blues will be translated into Tamil, Kannada, Malayalam, Hindi, Marathi, Odisha as well as Urdu. It will also be published in Urdu from Lahore, translated by Abdullah himself. "A Sindhi publisher is interested in translating the novel into Sindhi and a top-notch Bollywood director has plans to pitch it on Netflix. Overall the response has been tremendous, to say the least," he says.

Abdullah is greatly inspired by Saadat Hasan Manto, Munshi Premchand, George Orwell, Rohinton Mistry, Vikram Seth and the likes. "A Hindi writer Phanishwer Nath Renu has also been a huge influence on me mainly due to his Bihari origins. I can see the vignettes of my region in his work." Among his other creative pursuits, Abdullah has written a few songs for Bollywood flicks and also written the script for a Bollywood movie Viraam that was released in December 2017.

"I always wanted to tell the story of Bihar"