The face of fashion: Fahmeen Ansari 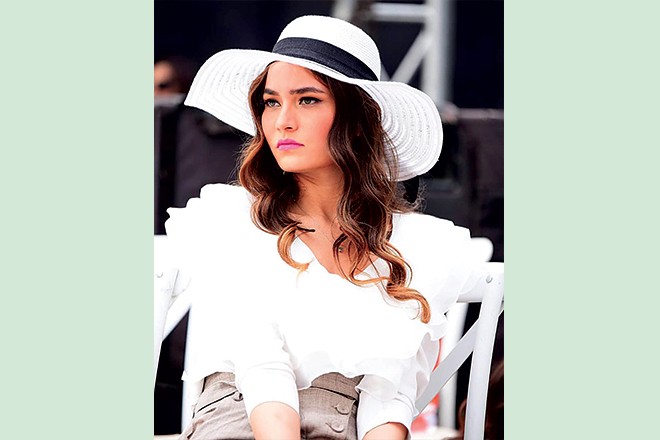 She’s the face of many, many campaigns but like a chameleon completely transforming according to surrounding, she changes and you may not recognize her half the time you see her. Fahmeen or Fehm, as she’s lovingly called amongst peers, is one of the fresh new faces to have emerged in Pakistan’s fashion scene in the past three years. She’s featured on Sana Safinaz campaigns and has stories to tell of the Kenya shoot, which she says was one of the most challenging of her career yet. Fehm is also first choice for Shamaeel, Nida Azwer, Layla Chatoor and countless other high profile brands in the country. She wears an eastern look with just as much ease as she turns western; those high cheekbones and light eyes have many comparing her to Chrissy Teigen.

So, who is Fahmeen Ansari?

My first personal and professional interaction with Fahmeen was during a Layla Chatoor shoot for Instep and honestly, she had my heart when she turned up for the makeup call on time. No fashionable airs and graces, she worked through the day like a trooper, had a great attitude and the professional chops to merit the respect of a photographer as fussy as Rizwan ul Haq. We got talking.

Married very young, Fahmeen - now 30 - had both her children by the time she was 21. She and her husband spent a couple of years in Ireland, where she completed a three-year-nursing diploma. She did all sorts of odd jobs during that time. "Recently when I held an award in my hand I remember that there was a time I used to have a mop in my hands. I’ve worked at shops, salons, different places…it was a crazy time." Speaking of awards, Fehm is nominated in the Best Model (female) category at the Lux Style Awards this year and is one of the top favourites.

Taking her story further into her past, she shared how she had actually started her career, when she returned to Pakistan, with acting, and did two or three TV serials before someone told her that she was in the wrong field. Initially she was also discouraged from modeling; people said she didn’t have the complexion or features to succeed as a model in Pakistan. Her light skin and green eyes ironically worked against her at a time when most top brands were looking for dusky, exotic looking faces. Where did she get her features from? "There is Turkish blood somewhere in the ancestry," she said, sharing that her skin tone and eye colour was such an issue at home that growing up, her father insisted that she wear a shuttlecock burqa, gloves and big dark glasses to hide her eyes and complexion when she stepped out of the house.

That seemed like a lifetime ago, she says. She was allowed to model since her husband was supportive and she credits Tabesh Khoja at Nabila’s for grooming her to be a model.

"My breakthrough campaign was Sana Safinaz," she remembered. "And by the time it ended, I knew this is what I wanted to do."

The Sana Safinaz lawn campaign shot in Kenya, she says, was one of the most challenging. It was fun hanging out with the Masai Tribe but then one day, when shooting next to a flock of birds, she was pecked on the head by a giant ostrich that almost ran off with a hair piece! "There was one time we couldn’t cross the reserve and were stuck on one spot for three hours because it was lion feeding time!" She also remembers Mohsin Ali, one of the creative heads at Sana Safinaz, loving a river bank for a specific shot. "He was wading through the water when he saw a sign that read ‘Warning: crocodiles!’ It was all very adventurous."

"I do want to appreciate all the senior models," she said, rubbishing all rumoured rivalries in fashion and backstage drama that almost always prevails. "The first time I shot with Amna Baber and Zara Abid I was in complete awe. But I gave them respect and I earned their respect."

Fehm loves what she does; it’s obvious in the ways she goes out of her way to give that perfect shot. But on a personal level she’s quite elusive and prefers to not be on the social circuit. While most models are always posting pictures of their holidays and are regulars on the society pages, Fehm is almost always off radar. What does she do in her free time, I asked?

"I sleep," she laughed. "I’m away so much that I spend every free moment with my kids or sleeping. I lock myself away in my room and hibernate."

The face of fashion: Fahmeen Ansari 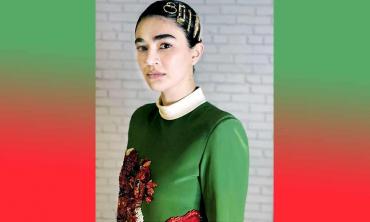 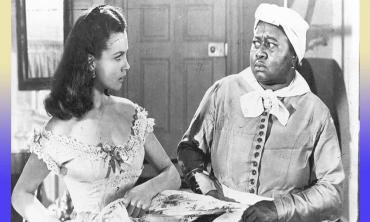 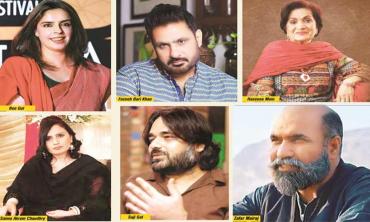