The memories of that fateful July morning still haunt Shazia 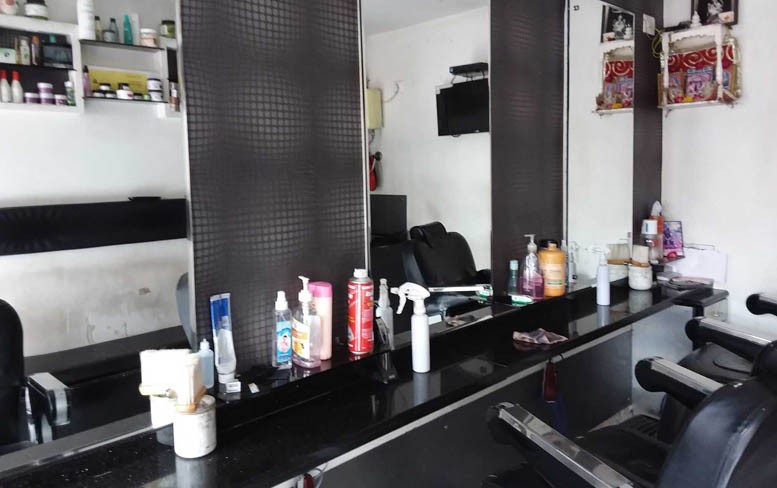 "I just stood there on the pavement, mindlessly looking at the cars flashing by, my whole world slowly turning upside down. All I remember about that moment is that I had a couple of thousand rupees in one hand… and a birthday card in the other."

For 30-year-old Shazia, that one morning two years ago was devastating. She had just returned from an unpaid week-long leave for a miscarriage she went through; only to be told that her services were no longer needed the moment she arrived back to work that day.

"I remember being so happy that day. After going through a rough week, we had thought that celebrating our daughter’s birthday over the next weekend would cheer us all up. I wanted to invite Madam (her employer) as well, as she had been so understanding about my leave."

Shazia joined this parlour in 2011, leaving her previous position as a cleaning lady. "I wanted to upgrade the way I lived. I also thought this parlour job would be more glamorous than cleaning someone’s bathrooms for the rest of my life."

Little did she know, she was in for a rougher ride.

"I was initially hired at a meagre Rs5,000 per month, due to the basis of having ‘a lot to learn’, I was fine with the idea as it was an upgrade from the Rs3,000 I was already earning. I wanted to learn the tricks of the trade as well, and aimed to open my own parlour one day."

Her employers at the parlour told her that she’d get a raise in six months, conditional upon how fast she could learn.

"I worked day and night. I worked overtime. I worked on weekends and public holidays. All of it without any compensation." She did not get a raise that year, neither the year after. The reason she was given was that customers weren’t happy with her work.

"Madam didn’t even let customers leave tips for us. It was like a crime. She would shout at anyone who’d dare defy her orders. We couldn’t get a minute late; we weren’t given any paid leaves."

I was inquisitive as to how she made her ends meet with so little, to which she replied, "My husband was earning about Rs100 per day back in those days. We had three children who all attended private school. It was tough, and we were barely managing to stay alive; there were times where we’d trick them into sleeping early as there would be no food in the house."

She finally got a raise of Rs2000 in 2013, almost two years after she was initially hired. She looked surprised when I told her that in 2013, the minimum wage for ‘unskilled’ workers was Rs10,000. "I know of parlours where they still hire workers for Rs6,000. They exploit us all they want because they know we won’t go anywhere," she says.

Shazia eventually moved on and found work at an app-based parlour, and is now earning roughly Rs20,000 on a monthly basis. "Things have been going well for quite some time. My current employers are considerate and take care of me."

However, the memories of that fateful July morning still haunt Shazia. "I can never forget the tears I saw in my daughter’s eyes when I told her we couldn’t celebrate her birthday that week, nor anytime in the near future. No one should ever have to go through that."